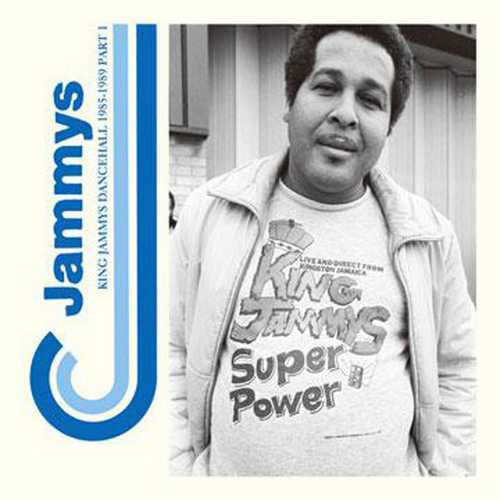 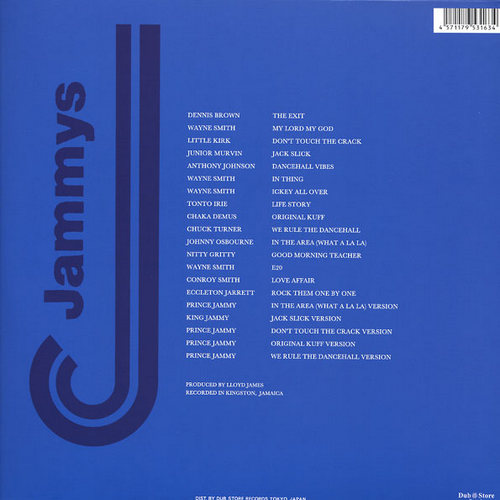 Born in 1947 in Montego Bay, Jamaica, Lloyd James moved to Kingston, where he began his career as an apprentice mixer, known as Prince Jammy, under the late great King Tubby. In 1977 he was enlisted to mix the dub counterpart to “In the Light” by Horace Andy. In that same year he produced Black Uhuru’s classic “Love Crisis” and he also put out the dubs as the “Lion Dub Style” LP. He owned his own studio at his in-laws’ home in Waterhouse and started his own soundsystem. In 1985 he build the “Sleng Teng” riddim. When his Super Power sound system met the Black Scorpio set for a popular sound clash Jammy played that tune and turned the reggae world upside down, because this song was to alter the sound of reggae music: the digital era had begun. His productions lead in the integration of synthesizer driven (digital) sounds in dancehall reggae.

King Jammy was the undisputed ruler of the dancehall in the second half of the 1980s. By the end of the decade there were at least 150 albums in his catalogue, with countless other songs appearing on singles. During that period of time, he was catching the best of the old and new performers and recorded them over the most progressive riddims then being built.

Fourty years after he started his career as a producer and some 32 years after his digidubs revolutionised Jamaican popular music, Dub Store Records outta Japan comes up with a noteworthy compilation series featuring a mega selection of King Jammy produced music ranging from classics to rare cuts. Combining the mixing talents of engineers Bobby “Digital” Dixon and Squingy Francis with the skills of arranger/songwriter Mikey Bennett and musicians such as bass player Wycliffe “Steely” Johnson, drummer Cleveland “Clevie” Browne and saxophonist Dean Fraser contributed to the success of King Jammy’s studio.

Dub Store Records’ compilation series focuses on bringing together the very best heavyweight dancehall tunes from Jammys released during the period 1985-89. “King Jammy’s Dancehall Part 1”, subtitled “Digital Revolution 1985-1989” gathers fifteen cuts from vocalists and deejays as well as five instrumental dub versions featuring popular rhythms such as “Kuff”, “Don’t Touch The Crack”, and “We Rule”. Although Dennis Brown’s best years were in the 1970s, his 1987 song “The Exit” shows the degree to which King Jammy’s dgital approach fits into a much older tradition and how the established singer has lost none of his power. The same riddim underpins Wayne Smith’s big bad & heavy “My Lord My God” – one of the best tracks from his 1986 released “Sleng Teng” album. Three more Wayne Smith songs are included here, the solid “In Thing”, the wavy and choppy “E20” and the boom tune “Icky All Over”, all from 1985. The riddim of the latter has a real tough bassline which comes even more to the fore on Tonto Irie’s version “Life Story”.

Junior Murvin is well known for his 1970s roots work (think the killer “Police & Thieves”), but just like Dennis Brown he recorded an album for King Jammy, the 1986 release “Apartheid”. His heavy weight dancehall song “Jack Slick” was on that album and was also released on a 12″ single. With “Jack Slick” the singer with the high pitched voice delivers a tune that stands out. Across the same riddim, but with different arrangements, comes Anthony Johnson’s highly sought after killer “Dancehall Vibes” (only released on the flip side of the Junior Murvin 12″ single vinyl at the time), which appears on a Jammys compilation for the first time. Chaka Demus rides a relick of the “Fade Away” riddim called “Kuff” (or “Peanie Peanie”) in wicked style on the awesome “Original Kuff”. Chuck Turner’s “We Rule The Dancehall”, across Steely & Clevie’s tough steppers riddim, is one of the best songs the singer with the melancholic voice recorded for Jammy’s.

The “Stalag” riddim came out of Winston Riley’s Techniques camp (as early as 1974!) and has been revitalized by King Jammy’s for “In The Area (What A La La)” by Johnny Osbourne and Nitty Gritty’s totally entertaining hit tune “Good Morning Teacher”. Conroy Smith’s “Love Affair” is a real nice version on the riddim that was utilized for Wayne Smith’s “E20”. The vocal part of this compilation then comes to an end with Eccleton Jarrett’s “Rock Them One By One” over a digital remake of Glen Brown’s 1970’s classic roots tune “Wicked Can’t Run Away”. The last five tracks are instrumental dub versions of riddims heard on this set, an addition which turns out to be a real good choice.

Conclusion All in all an invaluable introduction to the work of a master. A truly crucial selection for all dancehall lovers!