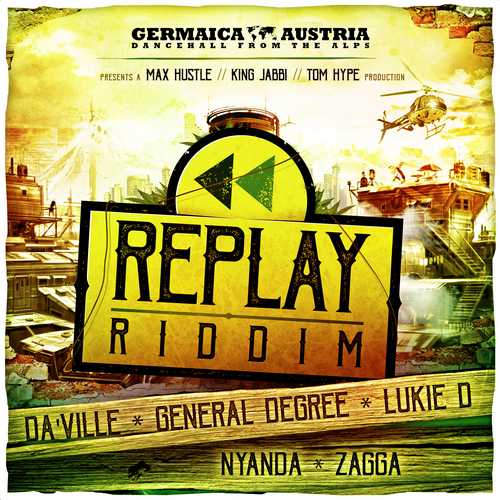 On this juggling EP General Degree is joined by tried and trusted hit makers Da’Ville and Lukie D. On board are also sweet-voiced songstress Nyanda, former member of the successful R&B/Reggae duo Brick & Lace, and Zagga, who – since he signed a management deal with producer Jordan McClure of Chimney Records – started to make a name for himself with releases such as “Remember The Days” on the “Chill Spot” riddim, “Never Give Up” on the “Tropical Escape” riddim” and “My Destination” on the “Rising Sun” riddim.

Besides General Degree’s infectious “Feeling Irie”, which is still a joy to listen to, it are in particular Lukie D’s soundbwoy tune “Lock Dem Down” and Zagga’s strong “Remote” that take top honours here. However this certainly doesn’t imply that the two lovers tunes included on this EP – “Surrender” by Da’ville and “They Way U Love” by Nyanda – aren’t worth hearing. Both are are solid offerings and are very pleasing to the ear.

Conclusion All in all a selection of very entertaining tunes across an absolutely gorgeous riddim.