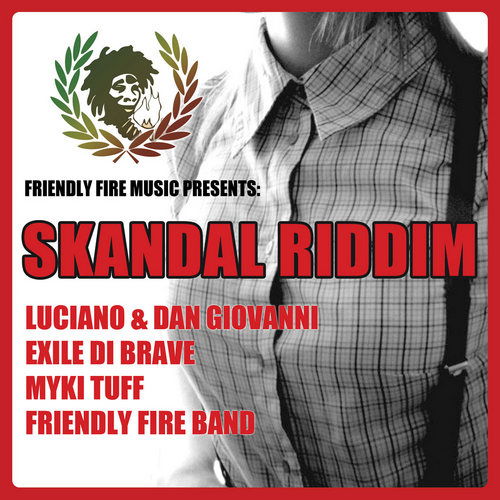 It’s Myki Tuff, original MC for Wassifa Sound and current member of the Friendly Fire Crew, who gets this four track EP started with the nice “Man Like Me”, a tale of why women want rastaman loving alone, over any other. Exile Di Brave, one of the talented exponents of the blossoming Jamaican reggae revival scene, comes up with “Words Have A Way”, an outstanding song in which the vocalist underlines the importance of being true to your word. Before this EP comes to an end with Friendly Fire Band’s “Skandal Riddim”, the listener is treated to the solid collaboration tune “Haffi Get A Beaten” by Luciano and one of reggae’s newest recording artists Royell Walker aka Dan Giovanni. Just like the Ska tunes from back in the days, the tracks featured here aren’t that long as they clock in at about 2 mins 40 secs.