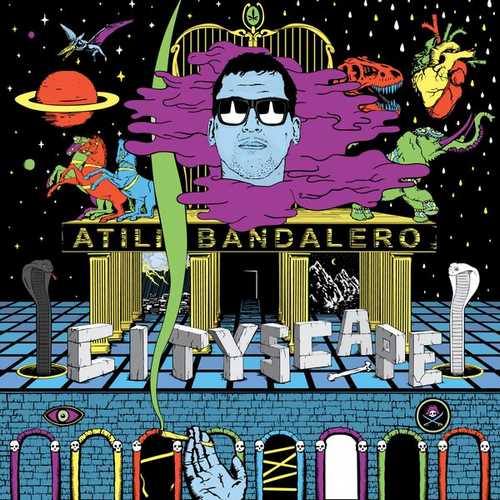 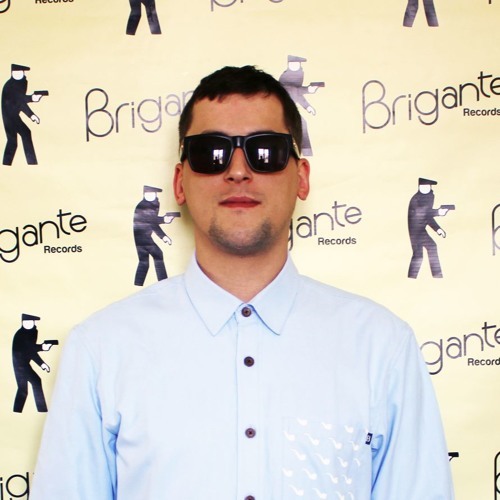 Had never heard of French producer & riddim maker Atili Bandalero when we received his sixth (!) album entitled “Bridge Over Troubled Dreams” in 2016. This smooth and moody album, done in collaboration with a young French vocalist called Prendy, introduced us to Atili Bandalero’s signature digital sound style with a lounge atmosphere, which he himself describes as ‘Vapor Dub’. That album, on which he cleverly combined reggae and dub influences with pop, electro, hip hop and jazz, kept us engaged throughout and actually raised our interest in the man’s next project.

And here it is: Atili Bandalero’s seventh album entitled “Cityscape”. For this project he didn’t limit himself to working with one artist, like he did on the above mentioned “Bridge Over Troubled Dreams”. Instead he voiced a variety of artists on his riddims, with Jamaican veteran singer Cornell Campbell being the most notable name here. The reggae singer with the trademark falsetto voice makes a very good impression with the conscious “Cyan”, delivered across a slow meditative riddim to which Art X adds magic with his beautiful melodica play. A truly great beginning as this is the first standout track of this album! Next comes “Total Recall” by Tenah Bones, who contributes no less than three tunes. For each tune he utilizes a different vocal approach to bring in some diversity. However it’s “Total Recall”, for which he used a natural voice, that impresses most.

The English veteran Speng Bond takes the listener back to the digital era when synthesizer driven sounds dominated dancehall reggae. With the hard hitting soundbwoy tune “Bad Sound” he creates great dancehall vibes. Towards the end of this album Speng Bond returns with “Cool”, an excellent ‘Steppers’ style track. Another standout piece is the dancehall vibed “Roadblock”, voiced by Double Tiger aka Jay Spaker from the New York crew Tour de Force. Awesome bassline here!!! With the mesmerizing “Floating”, Prendy continues to do what he did perfectly well on the “Bridge Over Troubled Dreams” album. The up-and-coming Lasai (aka Pupa Skinny) from Madrid, Spain, shines bright on “My Life” and “Open Your Eyes”, showing that he’s a singer worth checking. The voices of Don Camillo & Dapatch blend wel together as can be heard on the solid “Travelling Men”.

Conclusion All in all an album with different moods and vibes, recomended for those who have ears to hear!