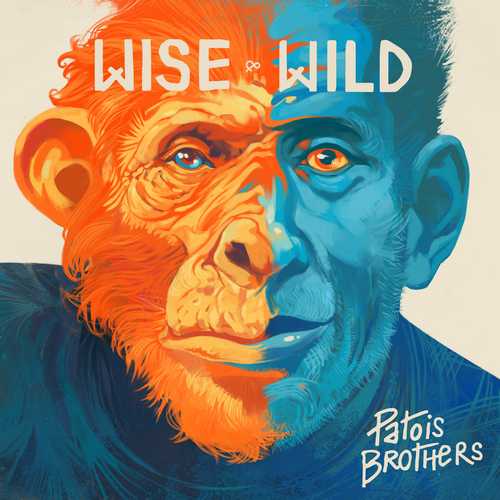 The Patois Brothers are a band from Venice (Italy) formed in 2010. Their name is a tribute to the Jamaican language and in the same way that Patois originates from many different languages, their music is inspired by combining the many different sounds of Reggae to create an original sound of their own. Their style is influenced by reggae artists like Bob Marley and The Wailers, Black Uhuru, Johnny Clarke, The Abyssinians and Twinkle Brothers. No wonder that their sound is traditional, addressing roots & culture themes.

Their debut album “Mighty Ways” hit the streets in 2015, and the tunes expressed strong messages both in the lyrically and musically, pushing for positive social change and education through music. Band members are Gioele Ballin – voice/guitar, Geremia Ballin – voice/sax, Fabio Salaroli – bass, Francesco Checchin – drums, Davide Eulogi – guitar and Flavio Passon – keyboards. In 2016 they released the single “Citizens” and the end of March saw the release of their second set “Wild And Wise”.

The 12 track album offers a delicate vintage style. A compliment for the band, the producer and their engineer! In order to achieve this sound they teamed up with London-based Daniel Boyle, who was mixing engineer & producer for albums of Lee “Scratch” Perry (“Back On The Controls”) and Max Romeo (“Horror Zone”), and utilised Rolling Lion Studio’s analogue machines from the 1970s, the very same machines used by Jamaican legends to create Roots Rock Reggae. The album is a definite musical surprise! It’s hard to find fillers, we can’t point out any.

The album opens with the rockers style influenced “World”. Solid groover! The title track impresses with a smooth horns riff and worthwhile lyrics! Ska-esque vibes are presented on “Play Roots”, while “Life Learning” is blessed with a seductive melody, subtle horns accents and a vocal contribution by reggae legend Max Romeo. Get ready for a likkle dancehall style on “Chat-Chat Man”. Our favourite tune is “Switch Off Babylon”, a militant tune that needs instant rewind! Great horn intro on the awesome tune “Respect” and more lethal vybz on tracks like “Since I Know” and “Don’t Stop”, the latter featuring some jazzy influences. “Shyness Away” is OK, but unfortunately features an annoying guitar solo.

Conclusion If you're into a solid 'retro' vintage reggae sound this one might be your choice!