King Tubby’s & The Aggrovators – Dubbing In The Back Yard 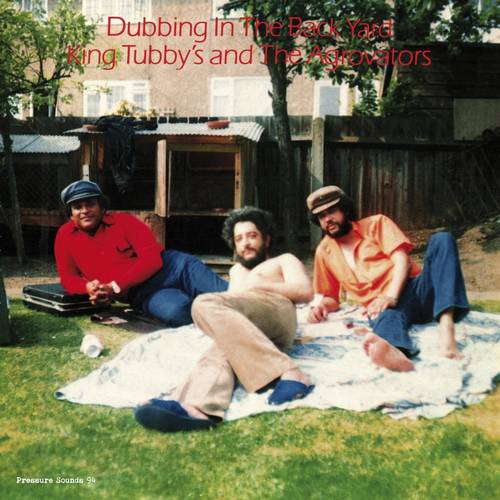 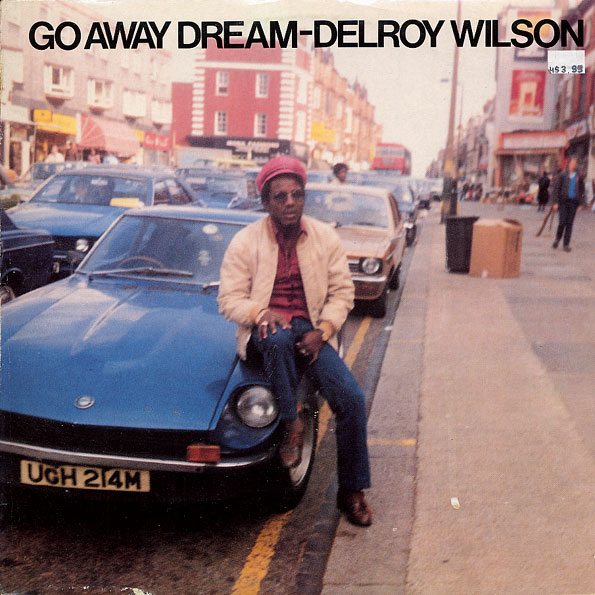 Title: King Tubby’s & The Aggrovators – Dubbing In The Back Yard / Delroy Wilson – Go Away Dream

Disc 1 : King Tubby’s & The Agrovators – Dubbing In The Back Yard

For their latest release Pressure Sounds has again linked up with Bunny ‘Striker’ Lee, who in 1982 produced the LP’s “Go Away Dream” by Delroy Wilson and King Tubby’s & The Agrovators’ “Dubbing In The Back Yard” (as we learn from Diggory Kenrick’s sleeve notes around the time that Channel 4’s famous “Deep Roots” programmes were made). Now these overlooked LP’s – both originally issued in the UK through Starlight Music in Harlesden – are reissued on stand alone vinyl LP and on CD in one pack, with Delroy Wilson’s “Go Away Dream” album actually being the bonus CD.

Coming in a double pack might give the impression that “Dubbing In The Back Yard” is the dub counterpart to the Delroy Wilson album, but it isn’t. Included are only three dub versions of tracks from the Delroy Wilson set, i.e. “Golden Touch” (“Hot Weather”), “I Want To Love You” (“Mountain Rain”) and “No More Heartaches” (“Plantation Run”). Among the remaining tracks you’ll find dub versions of riddims voiced by Johnny Clarke, Jackie Edwards, Cornell Campbell (“Relaxing Mood”) and Don Carlos (“Adventure”). The last three dubs of “Dubbing In The Back Yard” are noteworthy bonus tracks which, of course, weren’t featured on the original release. Furthermore it’s good to know that the riddims were mostly laid by members of the High Times Band – Basil ‘Benbow’ Creary & Carlton ‘Santa’ Davis (drums), Chris Meredith (bass) and Earl ‘Chinna’ Smith (guitar) – while Prince Jammy was the mixing engineer. In 1982 King Tubby had retired from mixing, Scientist had moved on to Channel One Studios, and Jammy was on his way out as well as he was setting up his own studio.

Delroy Wilson, Jamaica’s first child star, began his recording career at the age of thirteen, released his first single “Emy Lou” in 1963 on the Supreme label. His voice matured as he left his teens, around the time of ska’s transition to rocksteady, and during this period he recorded many hits. He enjoyed success with Bunny ‘Striker’ Lee in the late 1960s and early 1970s. After 1972, the year he released one of his most popular songs, “Cool Operator”, he worked with a string of producers including Joe Gibbs, Gussie Clarke, Winston ‘Niney’ Holness, Harry J, and Joseph Hoo Kim. Delroy Wilson continued to be successful until the end of the decade, but his career floundered during the early 1980s, with releases less common. However, the “Go Away Dream” album showcases that at that time he was still a great singer whose original tunes and superbly done covers such as Eddie Lovette’s “No More Heartaches”, Rose Royce’s “Golden Touch”, The Chi-Lites’ “Go Away Dream”, and Dennis Brown’s “Silhouette” are delightful offerings for the ears of the lovers rock fan. Included are two 12″ extended mixes featuring deejay Lord Sassafras as Lord Sassafrost, which is a real nice addition.

Conclusion All in all another release from Pressure Sounds that shouldn't be ignored. Needless to say that this is good value for money!!