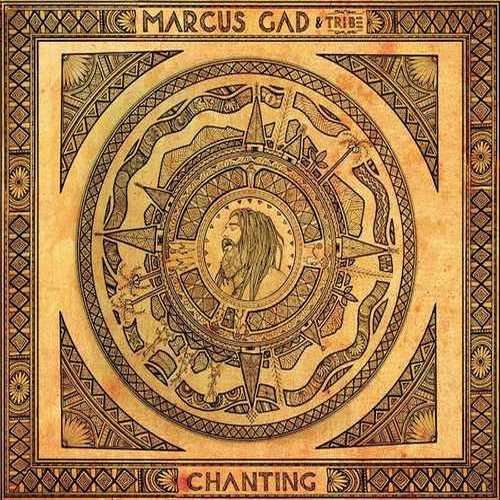 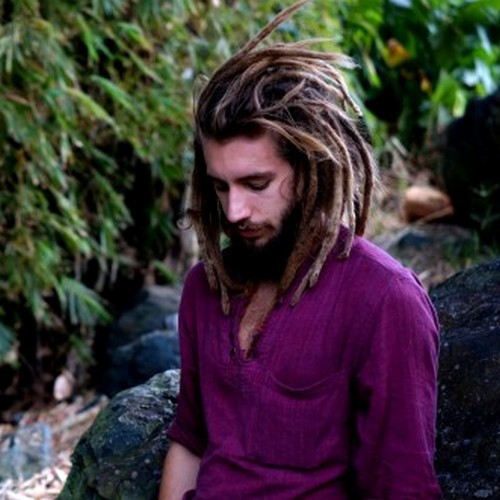 King’s Music shows no boundaries and is created in the far reaches of Creation. A blessing indeed when these Royal works become recognized and properly promoted to a universal acceptance and audience. Marcus Gad hails from New Caledonia; a country bound in tradition some 750 miles off the coast of Australia. With proper management and promotion, this deeply Rooted messenger is set to release his third project (first full length album); the masterful, “Chanting”. Deepest Roots excursion with absolute message and appeal. Musical meditation with unique exploration from a Zionesque location…

Marcus Gad’s musical trod has been at a humble and meditative pace. He began his career about six years ago with some great collaborations with French artist Ackboo. He entered Gadda Studio (Noumea, New Caledonia) in 2014 and created two powerful EP’s – “Soul Talk”(2015) and “Purify” (2016). The latter reviewed on this site. The vibrations created quite a stir and caught the attention of France’s Talowa Productions; resulting in several acclaimed European tours and tour of Reunion Island. Honourable mention to Ugo (Talowa) and Maxime (iWelcom), who have been elemental in the awareness of his music and completion of this instant classic album. Marcus and his band “Tribe” recorded the album live at Davout Studio (Paris). This group gets to the Roots of the matter on stage and studio. The usual recording frequency is 440hz, but these sessions were toned to 432hz as it’s deemed to resonate within Heart and Soul. The previous sets were mastered at Anchor Studio (JA); the engineering done here is flawless.

The tone is set with a deep intro with ancestral Aboriginal vibes with some serious Cemuchi reasoning. The title track is a pillar of hypnotic beauty. Marcus exudes lyrical flow and prowness that’s an Ital process. No recycled ideology here; pure consciousness over a beautiful riddim ripe with piano, flute and deep anchor of drum and bass. He has a delivery akin to early Midnite, but this is all his own style. “Kanake” is an ancestral masterpiece! Trading vocals with presumably Jean Yves Pawoup (lead singer of A7JK, New Caledonia’s most celebrated band), they are regal in delivery over a vibrant riddim with horns up!! Ancient future in kingly character. Mesmerizing!! “Soul Talk” first appeared on his debut. The revisit shows the maturity and broader vision the messenger has naturally developed. An amazing structure that’s chanting and singjay with a nice Dubby mix. Anthem!! “Hata Fyah” is a deep and soulful piece with gorgeous overtones. “Be not afraid of the light of this day”. Chanting? Yes indeed! Amazing how he can flow like a stream and then a mighty river all in the same vein. “The Valley” is a skanking delight and stand up selection. “Always do your best and let JAH do the rest”. Flawless Roots tonic with a Dubby, Bluesy and Dj style. A fine organic offering.

“Keep Cool” is talking history. An interpretive meditation of Marcus Garvey’s poem while he was imprisoned in 1927. Marcus and Tribe treat this with total respect and dial up the vibes with Jazzy overtones and ethereal harmonies. Instant rewinder!! “Purify” was a standout from his second EP. Quite possibly his most powerful song before “Chanting”. A song of absolute truth and a pertinent observation to live, eat and live Rightfully. A song of Zion levels!! Brilliant Dubby mix not heard on the original. “All Together” shows the versatility of this messenger. Serious flow with a hip hop tinged riddim with horn blasts and great piano and guitar work. Textured masterclass!! “Community Living” is a lively and joyful affair. One of the most soulful excursions of the album with superior musicianmanship and songwriting. Amazing! “Walk A Talk” has Midnite qualities within. The riddim is hot and Marcus flows unrestricted with true message. TRIBE can play some incredible music! “Evil Ways” is a wailing and thought provoking piece. A hypnotic flow of lyrics to riddim. One can sense the respect felt during these sessions. Word, sound have power in this iwah. The set closes with “Which Color”. A Roots ballad with lilting bass, soaring horns; an atmosphere of WAILERS caliber. Marcus soars above with inspiration from The Most High. Remarkable sounds.

Conclusion MARCUS GAD & TRIBE's "CHANTING" is a Roots masterpiece that takes the listener up many avenues of Life. Each track has a different and powerful sense of purpose. Not too often will you hear such texture and diversity within Roots Reggae music. It's early in 2017, but a contender for one of the Top 5 albums of the year and certainly a testament that Marcus Gad is one of the most gifted young Lions around with a great future. Do not miss out on this musical experience. GO DEH!!