Teezy – Wanted By The Massive 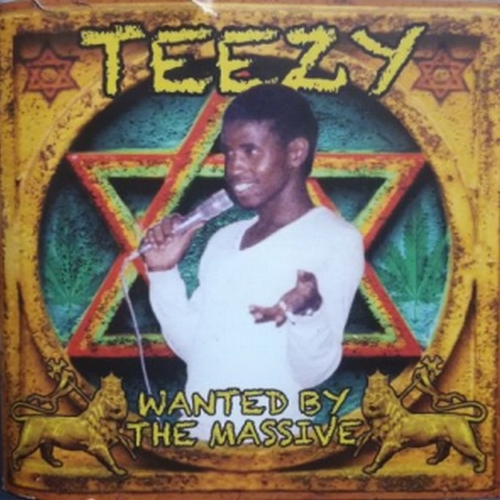 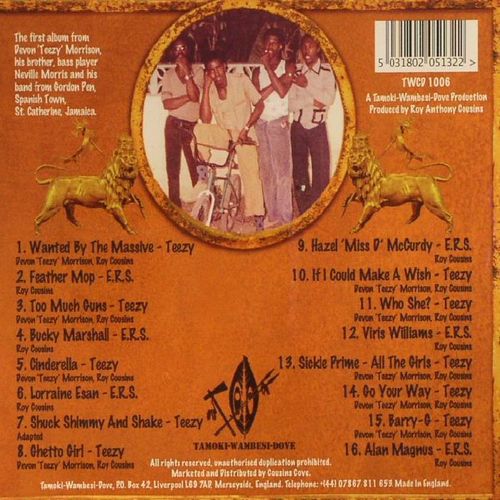 Title: Teezy – Wanted By The Massive

Devon Morrison aka Teezy is one of many aspiring Jamaican singers who at a certain moment (in his case in the mid 1980s) emerged on the scene and then faded into obscurity. Teezy recorded a few singles for Roy Cousins, which were included on the B-side of the 1985 released Showcase LP “Two Of A Kind”, an album that also featured Junior Reid with three vocal tracks on the A-side. The three Teezy tracks from that LP – “Wanted By The Massive”, “Too Much Gun” and “Ghetto Girl” – are included on this solid release of conscious roots. The ten vocal tracks featured here were recorded from 21 to 25 August 1984 and on 6 September 1984 at Aquarius Recording Studio in Kingston, Jamaica. The riddims were laid by Forces Of Music from Gordon Pen, Spanish Town, the band in which Teezy’s brother, Neville Morris, played bass.

Things get started with “Wanted By The Massive”, a killer tune which originally had a slightly different mix and didn’t include the saxophone play of Alble Donnelly. It’s not the only track that differs from its original version. This for example also goes for “Barry G” on the relicked “Heavenless” riddim and previously released on 7″ vinyl as “DJ Clash”. It’s a great tune that tells about a sound clash between Barry G & David Rodigan. Also the wicked dub counterpart of “Wanted By The Massive” entitled “Feather Mop” is great to hear as is the next vocal cut, the solid “Too Much Guns”. Next comes the real nice lovers piece “Cinderella” on a revitalized riddim of Dennis Brown’s “Silhouettes” (originally a song from 1957 by the doo-wop group The Rays). The cheerful “Shuck Shimmy And Shake” sounds nice, but lyrically isn’t very strong. It’s luckily followed by “Ghetto Girl”, which makes a far better impression. It’s ‘Lovers for Lovers’ time with “If I Could Make A Wish”, “Who She”, Sickle Prime, All The Girls”, and “Go Your Way”. In particular “Who She” and “Go Your Way” are the ones that go on repeat.

Conclusion This release includes a handful of vocal cuts and dubs that makes it worth adding to your collection.