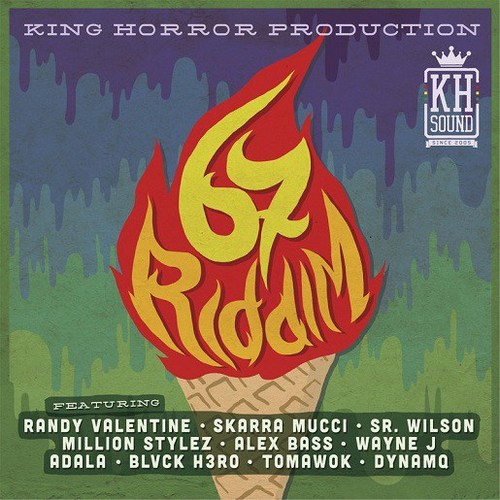 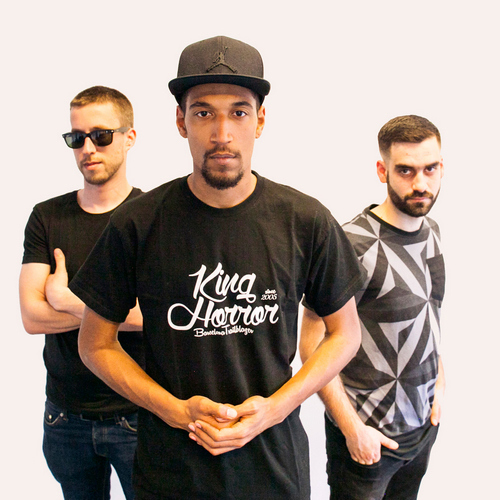 After having worked on this riddim project for two years, King Horror Sound & Musical Shocker Studio from Barcelona, Spain, have finally released the “67 Riddim”, which has been expertly built by Ricky G (owner, selectah, dj, operator of Barcelona’s HiLight Sound) with the instrumental collaboration of Sergi Sanz & Ricard Durany and mixed by Yohann Mallet of D&H Records outta Rennes, France. The “67 Riddim” is a relicked version of Johnny Osbourne’s 1980 scorcher for Henry “Junjo” Lawes entitled “Ice Cream Love”. It actually were the mighty Roots Radics who reworked the original riddim from Burning Spear’s classic “He Prayed”, released around 1972 by Coxsone Dodd on his Studio One label.

In recent years Randy Valentine has made a name for himself with live performances all over Europe and well received releases such as his mixtape “Bring Back The Love” and the EP’s “Break The Chain” and “Still Pushing”. Here he delivers one of the riddim’s standout cuts, the ganja-defending “Officer Barrage”. The latter questions Babylon’s rationality on locking up the people for the use of just a ‘piece of grass’. Hailed as the hottest live dancehall artist in Europe, Skarra Mucci rides the riddim in great style. “Number One” is an awesome sound-bwoy tune in which he does some name dropping as he mentions some of Jamaica’s greatest sound systems like Stur-Gav, Volcano, Youth Promotion, Gemini, Black Scorpio, King Jammy’s, and Killamanjaro. It’s followed by a second version in which he collaborates with Spanish singer Sr. Wilson. Also Million Stylez contributes a worthwhile cut. His “The Youth Of Today” is a conscious tune worth hearing more than once.

Still in his teens, Jamaica’s youngest break-out star Wayne J comes up with a solid reality tune called “Murderer”. The 13-year-old singer’s voice might turn you off, but his lyrics definitely won’t. Blvk H3ro, earlier in his career known as JR, got his first major recognition through a musical collaboration with Jasoul and Polish rappers Full House for the Jewunalia festival in Poland. He later released two singles, “Live This Life” and “Downtown”. Here he contributes a solid cut entitled “Mocky” in which he showcases his ability to stretch his vocal style during the course of a song. Last vocal cut, entirely sung in French, comes from Tomawok, known from the albums “Wakatanka” and “Weedamuffin”. Even if you can’t understand the lyrical content, it’s obvious that “Sensi” is a ganja tune with references to Black Uhuru’s “Sinsemilla” and Mikey Dread’s “Roots and Culture”.

Conclusion The "67 Riddim" is a heavy hitter! And with a few scintillating cuts included, it's a release worth paying attention to.