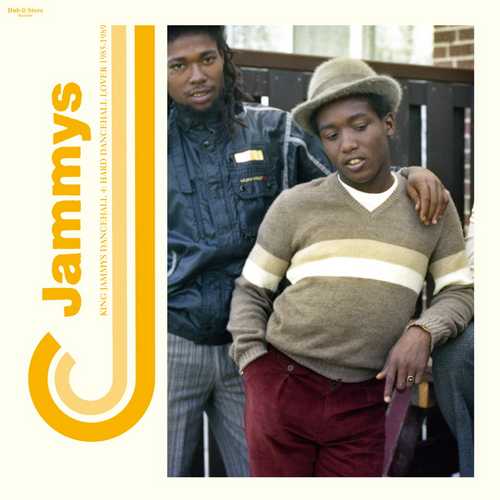 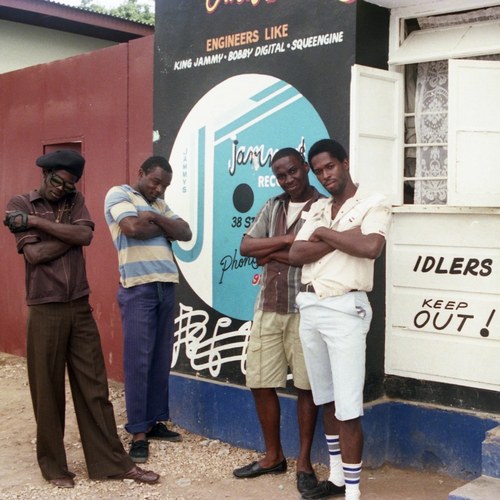 Dub Store Records’ compilation series mainly focuses on bringing together the very best heavyweight dancehall tunes from Jammys released during the digital phase of reggae music. “King Jammy’s Dancehall Part 4”, subtitled “Hard Dancehall Lover 1985-1989”, focuses on tunes that deal with affairs of the heart. The set opens in fine romantic style with Gregory Isaacs’ “Steal A Little Love”, a great tune from the ‘Cool Ruler’, originally issued on a 7″ single in 1988. Next comes Chuck Turner, who together with Conroy Smith (present here with two worthwhile tunes) stood out as one of the first representatives of the new wave of singers capturing hit-making territory from the deejays. “Ah No Me She Love” sees Chuck Turner soulfully singing on a wonderful sounding digi riddim with significant melody. The very talented Little John shines on “Come Do It To Me” across the surging and whirling “Screechie Across The Border” aka “The Exit” riddim. Super Black, who had a very characteristic voice like Wayne Smith and Pad Anthony, comes up with “One Time Girlfriend”, in which he openly sings about his love relationship with his ex-girl friend.

One of the finest, but also one of the most under rated cultural singers is Admiral Tibet. With the superb “Running From Reality” he consciously warns his girlfriend about their love relationship… “May be, Might be, Could it be, Girl you are running from reality”. Then the listener is treated to two cuts on the mighty “Tonight” riddim. First there’s the solid “Sugar Me” by Conroy Smith, which is followed by Sugar Minott’s truly great “Conscious Lover”. Frankie Paul, who recently passed away, recorded several big hits for King Jammy. Here he’s present with the tough “Ready For Your Loving”, a tune from the “Sara” album, underpinned by the same riddim as Chuck Turner’s “We Rule The Dancehall”. Next comes Home T’s infectious “If The Rockers Don’t Groove You” and Wayne Smith’s still highly popular “My Sweet Love”, which are both a joy to listen to.

With the last three vocal cuts the romantic side of things is left behind. Mighty Rudo rides the “Revolution” riddim for the pretty rare “She Done With Me”. The latter actually was his debut into the digital side of reggae. Robert Lee’s popular “Love Me Stylee” comes across Steely & Clevie’s “Love Punanny Bad” riddim, a perfect remake of the “Punnanny” riddim in Raggamuffin style. Tullo T aka Papa Tullo showcases his conscious lyrics with fast-rapping style on Jammy’s digi version of the classic “Heavenless” riddim with the dancehall killer “None Ah Dat”, while Tonto Irie’s solid “General A General” comes on the “African Beat” riddim. Just like the previous three sets in this series, the compilation continues with five dubwise versions.

Conclusion A worthwhile selection from King Jammy's huge catalogue, which should be part of any collection.