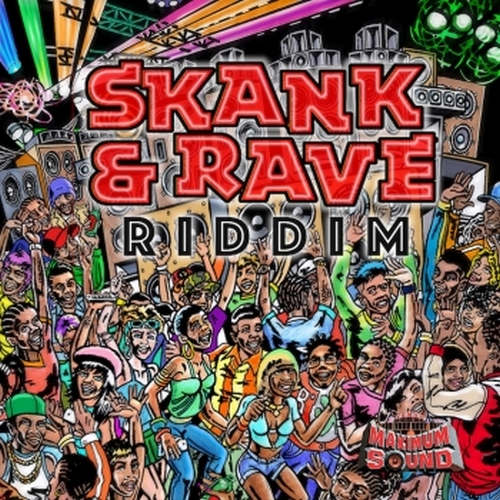 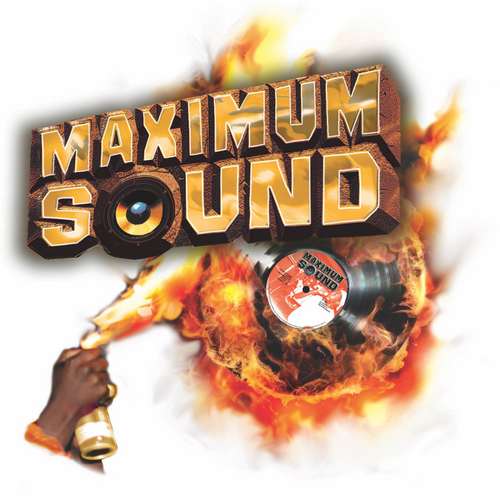 Maximum Sound’s first release in 2017 is a brand new juggling project called “Skank & Rave Riddim”, for which ace producer Frenchie collaborated with Richard ‘Shams’ Browne, son of Glen Browne and cousin of Clevie. Any dancehall aficionado will surely remember the 1998 released “Baddis Ting Riddim”, which really took dancehall by a storm with some hot tracks including Beenie Man’s “Number One”, Mr. Vegas’s “Jacket” and General Degree’s “Bag A Ting”. This riddim was the creation of the brilliant ‘Shams’, who was then the in house engineer at Main Street Records.

The “Skank & Rave Riddim” is dancehall music that not only will do very well in the underground scene, but certainly also in clubs visited by all kinds of party people as it has a poppy sound. It’s energetic, extremely infectious and a guaranteed dance floor filler. The juggling gets started with two collaboration tunes (original version and radio edit) by tried and trusted dancehall hitmakers Beenie Man, Voicemail & Ding Dong. “Skank & Rave” is a real uncomplicated dance song, in which the artists big up one of Jamaica’s best dancers and dance creators, the late Father Bogle aka Mr Wacky. A song that will surely create huge party vibes!

Seeing the name of Romain Virgo on this juggling’s tracklist is somewhat surprising. However, the sweet-voiced singer, whose performance is perfectly suited to the riddim, delivers a fully convincing lovers tune. Mr. Vegas comes up with “What A Gwaan”, an anti-violence tune with lyrics that need to be heard. QQ’s “Man Fi Yuh” and “Priceless” by Michie One, Louchie Lou, Ding Dong & Bravo deal with affairs of the heart and are nice offerings with in particular “Priceless” being the one that appeals most. The French dancehall massive will be pleased with the inclusion of “Encore Une Fois” (meaning “One More Time”) by Tairo feat. Hotta Ball. Before “Skank & Rave Dub” rounds tings out, it’s D Major who delivers the solid “All About The Girls”.