Zion I Kings – Dub In Zion 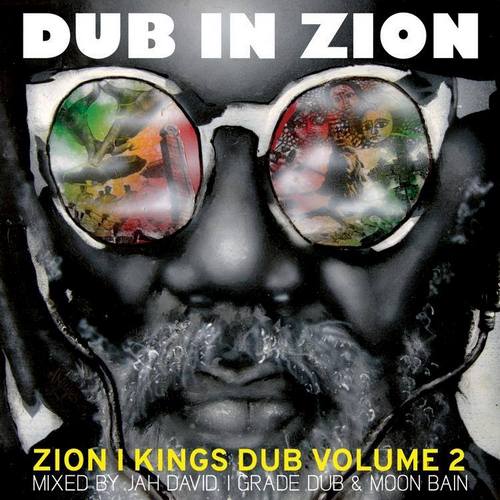 In the past fifteen years or so fans of real authentic reggae music will undoubtly have filled quite some space on their shelves with albums released by I Grade Records, Lustre Kings or Zion High Productions, whose producers and musicians in 2006 joined forces under the banner of Zion I Kings (ZIK), The latter can be regarded as the holy trinity of modern roots reggae production that produced worthwhile conscious roots reggae albums with artists such as Glen Washington, Messenger Selah, Ziggi Recado, Cornell Campbell, Midnite, Akae Beka, Pressure Busspipe, Jahdan Blakkamoore and Lutan Fyah. Besides that they also produced several roots juggling projects and dub albums, thus more or less covering the whole spectrum of reggae music.

The latest album produced by Zion I Kings’ Jah D aka David Goldfine, Laurent “Tippy Alfred” and Andrew “Moon” Bain is “Dub In Zion”, the second installment in their dub series and the follow up to last year’s “Dub In Style”, a tribute to Style Scott, legendary drummer of the Roots Radics and Dub Syndicate, who played an inspiring role on ZIK tracks for releases from Midnite, Akae Beka, Pressure Busspipe, Ziggi Recado, Jahdan Blakkamoore, and Glen Washington.

“Babylon Remove Dub”, with its old school phone ring sound effect wake up call and very small unidentifiable repetitive vocal snippet, instantly makes a good impression and sets the tone for the rest of this set, which features Zion I Kings distinctive sound in which of course Jah D’s kete hand drumming is a characteristic element. The roots dub afficionado is well served with awesome drum and bass works and plenty of echo and delay in the mixes. Each dub has its own merit and is a real joy to listen to, but it are standouts like “H.I.M. Teachings Dub”, “Incient Knowledge Dub”, “Into Law Dub” (with its great trombone sound) and the album closer “Incient Knowledge Dub” that leave a serious impression.

Conclusion Not only reserved for dubheads!!!