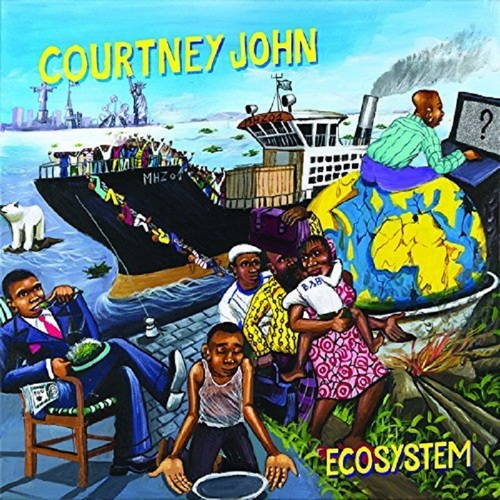 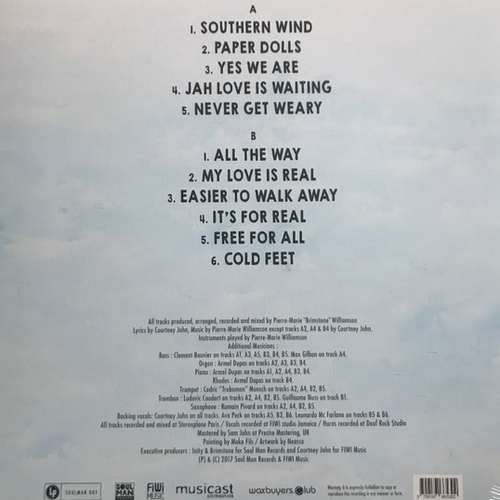 In recent times some remarkable collaborations with Jamaican singer/songwriter Courtney John came out of France. First there were the killer singles “All I Know” and “Strangers” recorded with Soul Sugar’s multi-instrumentalist & producer Guillaume “Gee” Metenier that attracted our attention and then there was the awesome single “Yes We Are” on a new record label called Soul Man Records, founded by Damian I-Nity Bornearly and Brimstone ((Pierre-Marie Wiliamson). And now they have even put out a full length Courtney John album entitled “Ecosystem”, produced by the same team as the 2014 released compilation set “Reggae Loves Soul”.

The single “All The Way” (and many other tunes he did before) made fully clear that the trademark falsetto of Courtney John perfectly fits soulful reggae riddims. And that the wonderful voiced singer makes once again clear on the 11 tracks featured on the “Ecosystem” album, which from beginning to end is ear candy. Courtney John turns up some undeniably great vibes across well arranged and expertly played original riddims. And although many might see him as a singer who predominantly deals with romance, he has proven that he can also come up with serious tunes that touch social and cultural themes. In fact this album, as the title already indicates, is the embodiment of Courtney John’s fascination with our planet and the times. It predominantly deals with various issues that strongly affect daily life in our society.

One of the most striking tracks is the aforementioned “Yes We Are”, which is about the refugee and migrant crisis that’s facing the world. In fact this tune reflects what Courtney John’s fifth studio album is all about. Serious message tunes with cleverly written conscious lyrics. Just listen to tunes such as the insightful “Paper Dolls”, the moving “Never Get Weary”, the awesome “All The Way”, the beautiful “It’s For Real” and the album closer “Cold Feet”, and you’ll be seriously impressed.

Conclusion Definitely one of Courtney John's most consistent and best albums.