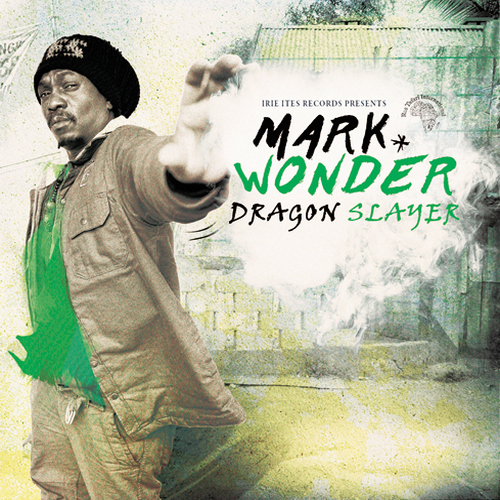 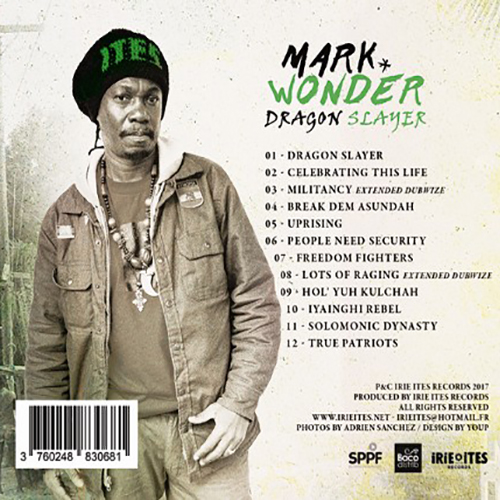 Always looking forward to a new album project from Mark Wonder, the remarkable singer and songwriter, who since his entrance in the reggae arena didn’t get the recognition he deserves and thus more or less remains an underrated artist.

As a youth, Mark Andrew Thompson aka Mark Wonder constantly raised his voice in song and began performing with smaller sound systems in his neighboring community. He was identified early and spent a short spell with Black Stars before moving on to Black Scorpio, who released his first single called “Caution”. Thus began his recording career in which he has consistently delivered powerful and compelling bodies of work. Over time, he has recorded a plethora of roots and praise songs, many of which have been recognized and lauded by reggae connoisseurs, but unfortunately not by a large reggae audience.

Produced by the crew of Irie Ites Records, Mark Wonder comes up with his 9th album called “Dragon Slayer”. It’s a 12 track set, full of cultural and reality lyrics of the highest quality, sung in a unique style over riddims – fresh originals as well as relicks of classics – played by great musicians like the Roots Radics and Mafia & Fluxy. Mark Wonder’s vocals were and still are something new to reggae – Aaron Neville the great New Orleans R&B singer would be the only person who sounds anything like him. Yet it’s the lyrics from this artist that makes him special as they are on par with Luciano and Garnet Silk – really deep meaningful songs that touch your very soul. All of the songs featured here are really great to listen to, not a single tune that disappoints. In particular “Dragon Slayer”, “Celebrating This Life”, “Militancy”, “Break Dem Asundah”, “Lots Of Raging”, and “Solomonic Dynasty” are outstanding and thus are well worth hearing them over and over again.

Conclusion This is reggae music at its very best and it's just up to the reggae fans to go and support works like this.