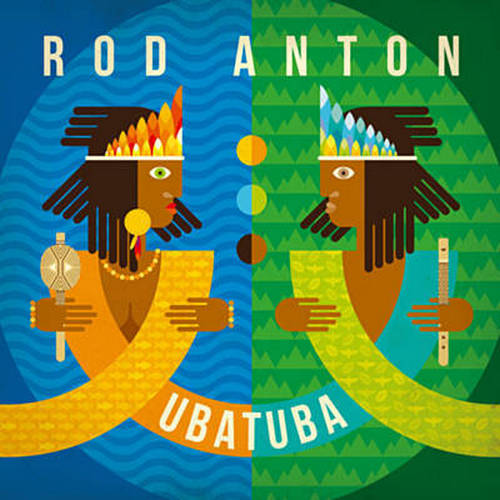 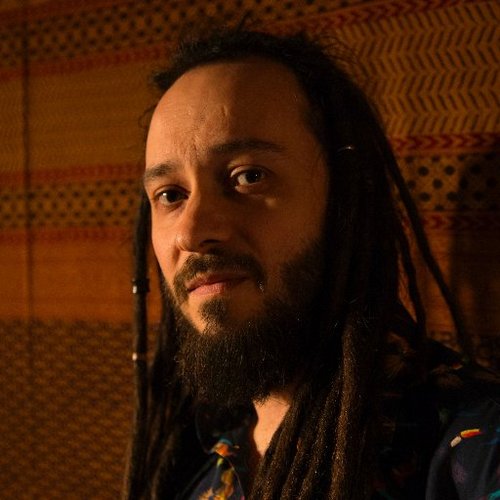 Despite the attention he attracted with his first two albums “Reasonin'”(2012) and “Wevolution” (2015), we have not been familiar with Rod Anton and his music so far. After all a missed opportunity that now has turned into a new chance to get familiar with this Tours, France based roots artist due to iWelcom Promotion Agency sending us his third full-length album entitled “Ubatuba”.

The title of the album is the name of a city on the south-east coast of Brazil, located between land and sea, a village with turquoise waters and sublime beaches, lush nature with its thousand waterfalls… a place Rod Anton discovered during his travels and of which he fell in love, the perfect example of what must be preserved, the beauty that we must bequeath to our children. The cover of the album, designed by Christophe Deleau, is a tribute to the Tupinamba Indians who inhabited this region before being exterminated at the arrival of the first settlers, a tribute to all oppressed indigenous peoples who resist this system that attempts to devour them.

Rod Anton’s previous albums featured noteworthy guest appearances of artists such as Max Romeo, Vaughn Benjamin of Midnite and Cedric Myton, and also his brand new set sees him collaborate with a few artists from the international reggae scene. Guests include Marcus Gad, an artist with a golden voice who comes from New Caledonia; Xibata, a friend of Rod Anton of long standing and recognized artist of the Portuguese reggae scene; Junior Dread, a young upcoming reggae artist from Brazil; and again Cedric Myton, singer of the legendary Jamaican group The Congos, eternal comparator and teacher of Rod, present on all his albums. In particular worth hearing are “Be Wise” (with Junior Dread) and “Divine Splendor” (with Marcus Gad).

But Rod Anton certainly doesn’t need the help of other artists as the solo tracks fully prove that he’s an artist who can stand on his own two feet. Especially otstanding songs such as “Eternal Bliss”, “Mama Earth” and “False Preacher” display Rod Anton’s great talent, both vocally and lyrically. Except for the title track “Ubatuba” and the combination tune “Amigo Verdadeiro”, on which Rod Anton sings in his native Portuguese, all lyrics are in English. From a music point of view, the singer benefits from the work of Gabriel Bouillon (guitarist of The Ligerians), who skillfully produced, composed and arranged the backdrops, which more or less can be typified as modern ’80s-style roots reggae music.

Conclusion Rod Anton's "Ubatuba" album doesn't deserve to go unnoticed, so do check it. We're sure you won't be disappointed.