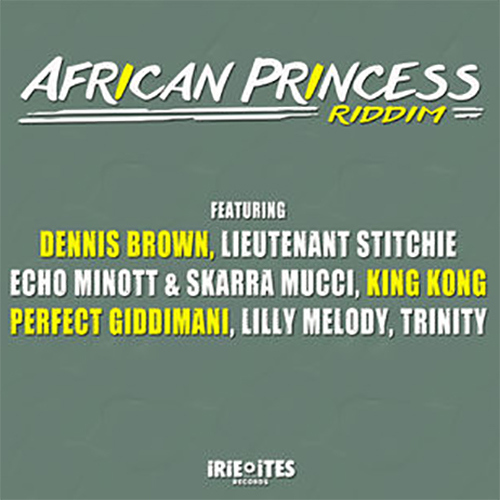 Now the riddim with its big digital bass sound gets the full juggling treatment with various next vocal cuts by veteran artists like Lieutenant Stitchie, Echo Minott, King Kong, Lilly Melody aka Isiah Mentor and also two of today’s most anticipated artists Skarra Mucci and Perfect Giddimani. It’s Dennis Brown’s solo cut “Mood For Love”, in 2016 also reappearing on a 12″ vinyl single issued in the UK on the Jah Fingers imprint, that once again underscores what a great singer the sorely missed Crownprince of Reggae was. Next comes the entertaining “Dubwize” by Jericho, who together with Calvin “So So” Francis & Judi K is credited as mixing engineer for this project.

What then follows are brand new cuts across the riddim of which King Kong’s “Change”, Lilly Melody’s “Ganja Now” and Echo Minott’s “Wicked & Wild” are the best offerings (and thus are the ones that will surely go on repeat), before the already known “African Princess” by Dennis Brown & Trinity brings this selection to an end.

Conclusion All in all another worthwhile juggling project coming from Irie Ites Records.