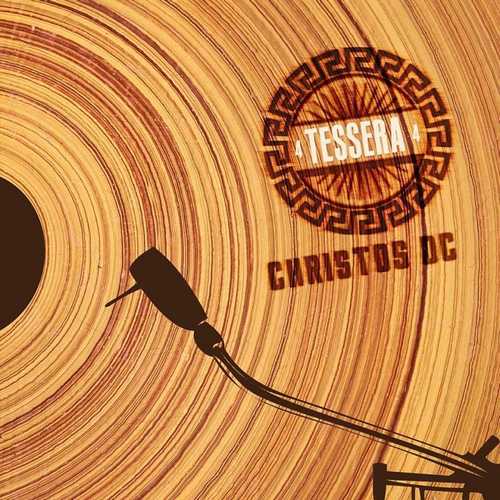 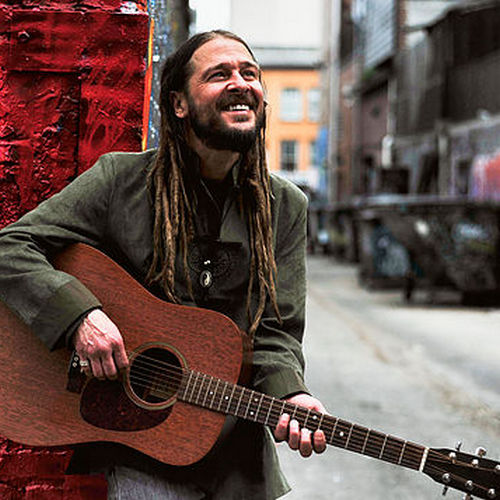 CHRISTOS DC. A totally respected and talented Roots artist whose vocal, instrumental and production is well known within the committed Reggae community. A messenger whose put in decades of trodding the “long road” to get to the levels with the release of his highly anticipated fourth album, “TESSERA”; it is rightfully an album that breaks through any boundaries and absolutely worthy of international recognition and airplay. This presentation of “honest music” has all the elements to be embraced globally…

Christos DC is a Washington D.C. based master craftsman of the industry with Greek roots. Consistently active since the ’90s, his credentials are remarkable. In essence, he cut teeth touring with Don Carlos and The Itals. Subsequently, he recorded and produced the likes of Augustus Pablo, Sugar Minott, The Meditations, Don Carlos, Andrew Bees… the roster is endless. After coordinating with the seasoned Thievery Corporation, he released his debut, “Time To Rise”(2008) to great acclaim.

This led to the formation of his Honest Music label (one of the premier production houses in the industry). This is a “quality over quantity” operation that has veterans like Darryl Burke (Culture, Moja Nya) dedicated to its excellence. In 2014, Christos released “Long Road” (one of the year’s top releases). Since then, Honest Music has released classic projects from the likes of Kenyatta Hill, Puma Ptah, “Kingston 16 Riddim” and Don Carlos’ “Righteous Chant”. Christos has been consistently active; with a US tour w/Don Carlos earlier this year that continues shortly in Europe. Great things in store for Christos DC and the movements of Honest Music.

The aforementioned may not all be household names, but they are all masters of riddim! The bulk of recordings took place at Honest Music Studio, with additional sessions with Dutch based production masters Skankin Monks at De Geluiderij Studio (Amsterdam). This crew is at the top of the musical mountain. “Boots & Tie” is a Channel One recording with Soljie at the helm. This project is produced by Christos, Darryl and The Skankin Monks. Tippy I’s engineering work is world renowned and evident throughout the album, in addition to the mastery of Skankin Monks, Frank Merchant and Thomas Blondet. All in all, a showcase of Royal expertise from all points of JAH compass…

The vibration gets rolling with the hypnotic “Speak The Fire”. After a Heartical chant from Indian shaman Sadhu Ananda, the soundscape is an engaging combination with Christos and rising Bulgarian chanter Zafayah. Both artists toured India late last year to great acclaim. This soulful endeavor shows the sheer brilliance of Amsterdam based Skankin Monks. Christos rides the urgent riddim with every fiber of his Heart and Soul; he has the ability to draw the listener in with authenticity for sure. The intelligent delivery from Zafayah accentuates this tuff track. Winner! The video is highly recommended as well. “Human Dignity” continues the link with Skankin Monks to great accord. Christos’ songwriting and arranging is masterful and his humble lion delivery is thought provoking; it’s music to listen deeply to. Crisp and concise production wise. “Life” is a flowing anthem. The musicians here played on his previous album, “Long Road” and the respect between singer and musicians is so evident. Christos flows like a mighty river that laps the shores of one’s mind in this keen observance of the current state of worldly affairs.

Christos has always been an avid follower of other artists music and captures their essence in his Royal vision. For example, “The Desperate Ones” is a visit of “Nina Simone and Piano” and is a standout selection. With all musicians in JAH alignment, his interpretation is that of beauty and deeply embedded soulful gestures. Instant rewind!! The flow continues on “Come Along”; a brief Rootical interlude showcasing real deal musical theory. Proud of his Greek heritage, this Rootsman usually presents a track honoring his ancestry on his albums. “Ρολόι Κομπολόι” (“Watch Rosary”) is a brilliant piece that would make the island of Kos exalt in joy! A versatile piece with gorgeous horns, Pierre’s pulsating bass and Darryl’s great bubbling. A song of fulljoyment that has universal appeal. One can sense that each track is treated as a work of art and nothing is rushed in presentation.

“Say What You Want” is classic Christos vibration, reminiscent of earlier work. A pulsating riddim detonated with crucial horn blasts and Dwayne Clunie’s intricate bass work. A heartfelt delivery indeed with Tippy I’s mixing mastery in full effect. Powerful track indeed! Christos has collaborated vocally with some of the best in the business. Akae Beka (formerly Vaughn Benjamin of Midnite) is relevant on “What Is Happening”. The two messengers deliver in a meditative and hypnotic manner with an engaging riddim that fits the lyrical Fyah just right. Superior arrangements through and through! “Pressure” is one of the tuffest tracks Christos has ever released! The riddim was inspired from a Sly & Robbie workout from “International Orchidis” album. The taut and lilting riddim is the platform that Christos powerfully depicts truisms about the melting pot that people have to endure. Words can only partially describe the sheer magnitude of this instant classic. Wow!!

“Heart Of Gold” is a crucial addition here; a single released before this album. A life long follower of Neil Young’s music, Christos nails this classic from the legendary singer. He wails triumphantly over the rich riddim and the Royal treatment has global appeal caliber. Mr. Vrenios and crew have music theory in true realization. Christos and Kenyatta Hill have a strong connection. Mr. Hill shined on Christos’ previous album and he produced Kenyatta’s much celebrated “Riddim Of Life” EP. “Communion” features Kenyatta, Harrison”Professor”Stafford and the trifecta of Roots intellect navigates over the textured riddim with authority and conviction. Superb tracking! This set closes out with “Boots & Tie”. This killer riddim can be found on Honest Music’s “Kingston 16 Riddim” album. It’s derived from a rare 1980 Sly & Robbie session at Channel One. Rock solid musical linking with Taxi Gang and Christos’ long time musical partners. Sound system ready!!

CHRISTOS DC’s “TESSERA” is an amazing tour de force. His finest album to date? Yes indeed! Through his years of unwavering hard work, he brought together a Roots gathering that put forth their experience that results in an album that raises the bar of King’s Music. It has all the elements of music to be loved and recognized all over Creation.

Conclusion Get your copy of this tremendous work. Go deh!!