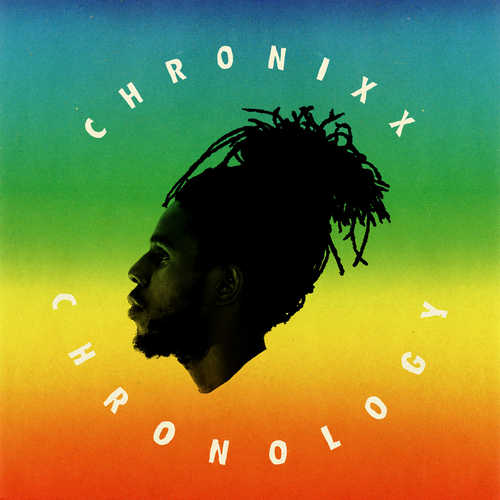 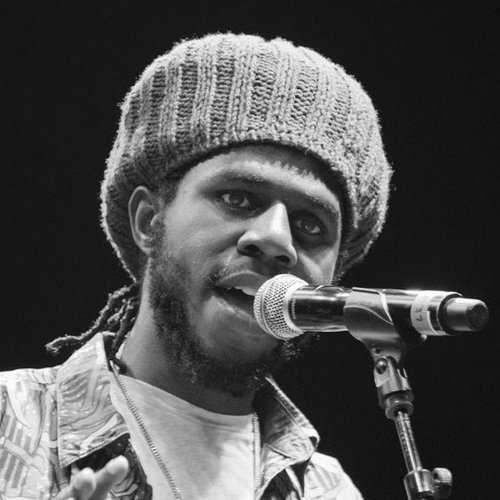 After the release of Chronixx’s world wide well-received “Dread & Terrible EP”, it’s been a more than three-years wait for “Chronology”, the Jamaican singer’s highly anticipated first full length studio album. In the meantime he served his ever growing fanbase well with popular singles such as “Spanish Town Rockin'”, “Skankin’ Sweet”, “Smile Jamaica”, “Majesty”, and “Likes”, all of them included on this 16-track album. The excitement caused by these single releases and the album’s extraordinary predecessor created lofty expectations. However, in its entirety, the album might irk reggae purists as “Chronology” is a diverse collection of tunes as Chronixx has incorporated a range of styles/genres including Hip-Hop, R&B and EDM in most of the tracks, which can make this album also interesting for the mainstream audience.

Although having heard the bouncy “Spanish Town Rockin’” countless times, it’s still a real joy to listen to this tune which revisits Barrington Levy’s “Prison Oval Rock (aka Lovers Race)” riddim. The same goes for the catchy burner “Skankin’ Sweet” and the remastered version of the Silly Walks Discotheque produced 2013 No.1 hit “Smile Jamaica” on the sweet “Honey Pot” riddim. How could a Jamaican artist do without digging in Studio One’s catalogue for at least one foundation riddim? In this case Chronixx ulitizes the riddim known from Otis Gayle’s “I’ll Be Around” (probably better known from Johhny Osbourne’s “We Need Love”) for the gorgeous “Majesty”. In the infectious dancehall tune “Likes”, Chronixx does some name dropping at the end of the song, biggin’ up artists, musicians and producers who have played a role in shaping Jamaican dancehall music.

Also making a good impression is the bass- and horn-driven “Big Bad Sound”, which is done in collaboration with his father Chronicle, a veteran artist known for his recordings with New York-based producer Bobby Konders. Musically the social commentary “Ghetto Paradise” creates a groovy Soul feel, while vocally there’s a Hip-Hop vibe. “Country Boy”, underpinned by a remake of Garnet Silk’s “Give I Strength” riddim, is a big tune, which at the end is a bit spoiled by the sound of guitar solo. Involved in “I Can” is EDM production duo the Picard Brothers. This track goes into mainstream as it really is a pop tune, not appealing to us at all. “Selassie Children” dealing with religious persecution makes a far better impression, while musically – lyrically it’s simply great – “Black Is Beautiful” starts growing on you the more you hear it. Remain such tracks as the clear R&B tune “Loneliness”, the soulful “Tell Me Now”, the beautiful “Legend”, “Christina” and “I Know Love”, which have a mix of styles and thus might turn off quite a few reggae aficionados.

Conclusion The overall feeling you get after having listened to "Chronology" from beginning to end is, that record shops should file this album under Pop instead of Reggae - not meant to be a disqualification.