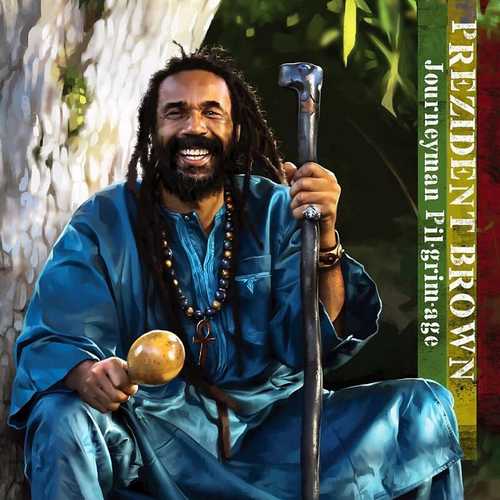 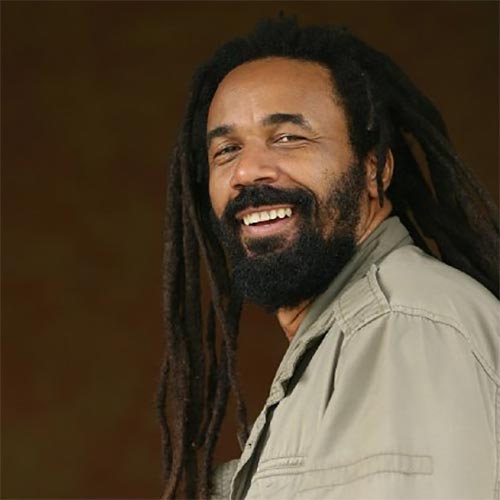 Prezident Brown’s self-produced tenth album “Journeyman Pilgrimage”, the follow up to the 2012 released “Sound Is From Creation” set, is arguably one of the best full length studio albums this humble Jamaican roots artist has recorded since his 1995 debut album “Big, Bad & Talented”. As the Prez himself states: “For me this album differentiates itself from my past albums, with a matured vocal presence and delivery.”

Involved in the creation of “Journey Pilgrimage” (actually made possible due to a successful Musicraiser campaign) were Rivah-Jordan Bailey (Soundkillaz Production), Barry O’Hare (W.A.M Production) and Devon Bradshaw & Ian ‘Beezy’ Coleman (Axx Music Production) and musicians such as Dean Fraser and Nambo Robinson on horns, Michael Fletcher on bass, and Addis Pablo on harmonica.

Things get started in a big way with the storytelling “Bullhead Mountain (Country Mi Come From)” – the only tune featured here from the 2015 released “Journeyman EP”. The song describes what Prezident Brown refers to as a countryman who always has food, as it’s picked right from the trees. The song sets the tone for a solid album that flows as a steadfast story of personal experience and life lessons, with conscious lyricism of the always dependable and capable veteran with the instantly recognizable gruff, rootsy vocals. The latter shine forth on fourteen tracks ranging from the hard and upbeat to softer, acoustic guitar and Nyabinghi drum-laced ballads.

The thoroughly enjoyable opener “Bullhead Mountain (Country Mi Come From)” is followed by the overwhelming “Hexagram 56 (The Traveler)” with its great horn sounds, the delightful “Respect And Manners (Reloaded)” and the sterling “Badman Yesterday”, one of the best songs on the album. Then there’s the fantastic “Desperate Times”, with reality lyrics that keep you involved throughout. A great song that goes on repeat! After having listened to the solid “Life Is A Gif”, it takes a bit of time to fully appreciate “Baby Boy (Rebirth)” as this effort offers a different sound & vibe than the preceding tracks. This more or less also goes for “Testify”, which comes across the “Rosie” riddim.

Prezident Brown then throws in a love song called “Love Line”, nice to hear but not a track that needed to be part of this album. The praising “I Love Jah” (known from the 2012 releassed “Do Thy Work EP”) is followed by its instrumental version, with Augustus Pablo’s son Addis blowing his melodica in fine style. Even though having played “Soundsystem (Dance Fi Gwaan)” several times, this collaboration with U Brown still fails to leave a very good impression. And thus it’s a good thing that the album closes with “Jungle Vulture” and the superb “Talking”, both fully satisfying efforts.

Let’s round off with Prezident Brown’s explanation of the album’s title: “I call it the “Journeyman Pilgrimage” because I always go the extra mile with and for the purpose of delivering my music.”

Conclusion A solid collection of tunes from the big veteran.