The Bloodstones – One Day 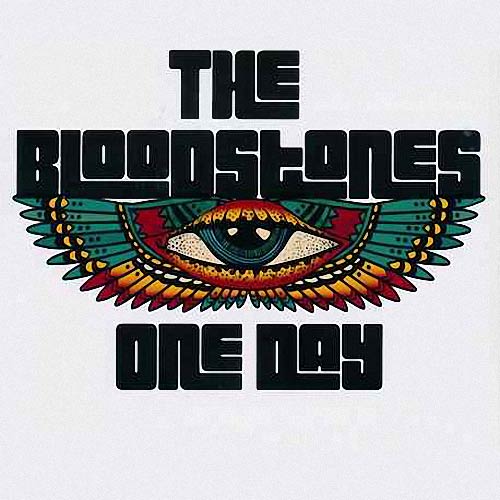 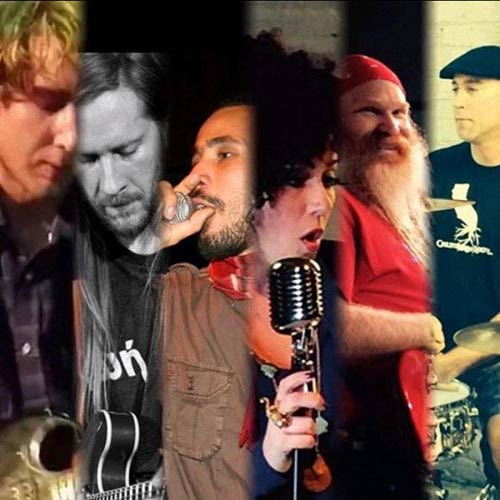 Title: The Bloodstones – One Day

The California Reggae movement has been thriving for decades now. From early runnings from The Rastafarians, Boom Shaka, Joe Higgs (The Godfather), Lesterfari, Swelele, Shakaman to consistent gatherings with Fully Fullwood and Tony Chin in Southern California. The huge success of Groundation, Ras Teo, Rusty Zinn, Red Lions; well, the list is endless and tremendous. Hailing from the northern hamlet of Santa Rosa, The BLOODSTONES have just released their superb debut, “ONE DAY”. Roots Reggae is on the right track in this region in original Ites, gold and green print…sticking to an undiluted vision away from hype and stereotype..

The BLOODSTONES are a six piece collective that bring forth a diverse unity that gets to the Roots of the matter. Formed in 2015, the group have been electrifying the massive at concerts in Marin and Sonoma County (points north of San Francisco). Lead singer Katrina Blackstone joined in late 2015 and adds a soulful element. Joint lead singer Emilien “Sky-I” Deschamps hails from Martinique and his Fyah delivery is seasoned to perfection. The riddim section is flush with decades of experience. Bassie Burton Eubank is a true veteran and part of The Red Lions (w/Jeremy Grey), who released one of the finest Dub albums of last year. Drummer/percussionist Mingo Lewis Jr. has toured globally with Groundation (also formed in this region) for the last 12 years. Guitarists Kevin Seisenbacher and Sam Hamby are axeman journeymen. Kevin spent years with the successful “Felony Funk” and Sam has been playing for two decades and is part of the soul/funk Marshal House Project. The contributions of Kelsey Howard (trombone) and Nick Hasty (sax) take the vibes proper. Veteran engineer Jamie Bridges mixed and mastered the sessions at the acclaimed A Room With A View Studio (Petaluma), the musical hub of many classic Reggae albums.

“Live Love And Laugh” kicks off in fine style. Anchored by the “Revolution” riddim (Burton’s bass is tight!!) with urgent licks and kicks, Sky-I’s delivery is Royal and Ital food for thought and offers up observance in English and French. The atmosphere is elevated by flecks of Jazz and Blues. SOLID!! “How Long” displays the diversity of this collective. Katrina has a beautifully soulful voice that intertwines just right with the “world beat” infused riddim. These musicians are limitless in ability and every track has a live feel intact. The lyrics to riddim flow continues with the brilliant, “Crazy Love”. Both vocalists complement one another with truth and conviction. A whopping great Love ode with Mingo’s percussion, Burton’s lilting basslines and Kevin/Sam’s licks that exude vision and experience. Jamie Bridges wisely allows each track to have a “live jam” element that beckons the listener to put this in heavy stereo. “Confiant” is heavy duty! Sky I commands triumphantly over a nicely textured riddim with Kelsey and Nick adding Zionesque horns. A crucial observance of the state of worldly affairs, Sky I’s delivery has a caliber equal to Tiken Jah Fakoly or Beta Simon; his vocal power is that good!

“Feed Our Soul” is a Rootical and Soulful vibration all the way. Katrina possesses a vocal prowness of a Royal Empress. Over a lilting riddim, she asks, “where do we go from here..feed our soul”; an urgent plea to ease the madness in Babylon. She soothes the soul with authenticity and the atmosphere is riddimatically secure. Standout selection!! The title track is message music presented with no apology. The two vocalists rally for people to make a change in the toiling system-“a bag of lies is what they’re selling”. The riddim is poignant with engaging guitar riffs, Mingo’s spot on drums and Burton’s taut basswork that ranks with the premier bassists in the business. A pertinent anthem that delivers the real deal. The atmosphere is taken to highest heights with “Only You”. Yes indeed, Mykal Rose is on board and he’s at his Waterhouse best. Riding the riddim of the aforementioned track, Mykal is commanding and delivers the energy reminiscent of his tremendous work with producer Ryan Moore (Twilight Dub Circus). The former Black Uhuru frontman has been quite active in Northern California in recent years with “Showdown Inna Bloody Town” (2013) and last year’s “Sidewalk Steppa” for local producer Siah Dowlatshahi. The combination of Mykal and The BLOODSTONES is an ital blend; exceptional work! This classic set closes out with “Only You Dub”. Jamie Bridges, assisted by Burton, has a clear view of Dub theory. He allows this crucial riddim to shine and filters in Mykal’s flow just nice. Just the right amount of echo and reverb; a style reminiscent of the great engineer Jim Fox. Crisp and clear vibes to finish out this project.

Roots Reggae is the natural locomotion and incorporates a crucial blend of other musical stylings that keeps every track totally urgent and appealing. Their collective experience creates a sound all it’s own; originality, versatility and JAHability. Each track has global appeal and is one of 2017’s most impressive debuts. A must for even the most discerning listener. Find out more at thebloodstones.com. Highest recommendation. Go deh!!

Conclusion The debut set from The Bloodstones-"One Day" is a masterfully crafted album with Lion paw imprint.