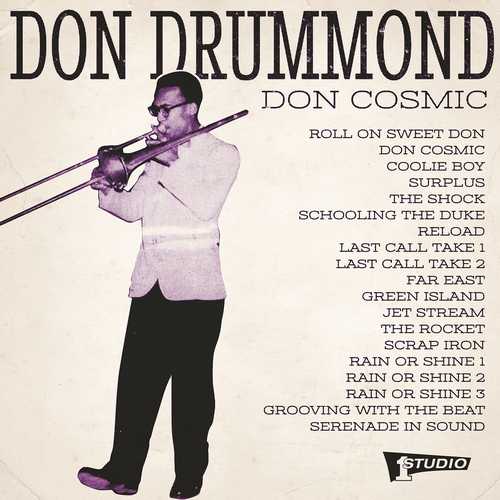 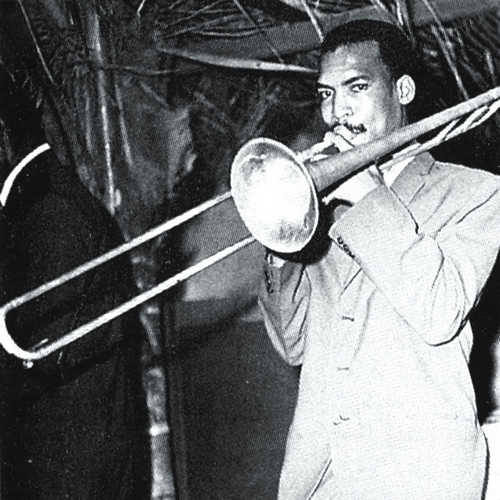 Acclaimed trombonist Don Drummond was one of the prestigious alumni from Alpha Boys School, the breeding ground for several great Jamaican musicians who made invaluable contributions to the development of popular Jamaican music as well as to the jazz and soul genres. Don Drummond was a superb musician and composer, whose abilities were recognized by leading international jazz figures such as George Shearing, J.J. Johnson and Sarah Vaughan. With his taste for minor chords and his Rastafarian faith, he anticipated later developments in Jamaican music, including the ‘Far East’ sound of Augustus Pablo. Though seriously troubled by mental instability, he was responsible for some of the most innovative work of the ska era, and his trial was a harbinger of the demise of ska.

Don Drummond did a lot of recordings for Coxsone Dodd, because the legendary producer knew he was a good musician. However Don Drummond didn’t enjoy all those recordings he did. That’s why so many of his compositions and his solos sound sad or mournful – they’re all minor keys. The reason for this was that he’d like to play progressive jazz rather than playing stock arrangements.

The new compilation album titled “Don Cosmic” gathers recordings Don Drummond did for Studio One. This incredible collection of work from the influential trombonist features a number of tracks that were only ever issued as 45s, and which make their first-ever appearance here on album. Furthermore this set includes a few classics, and some other unreleased takes too!

Included here is Don Drummond’s first solo single and signature tune, the autobiographical Latin-tinged “Don Cosmic”, which was named after Coxsone’s moniker for Drummond. It actually is one of the most interesting tracks on this collection, as cosmic is the only term that could describe Don Drummond’s trombone playing on this tune. Another track worth checking is “Far East” [aka “Further East”/”Trolley Song”]. The latter, one of his great hits, was actually his truly outrageous interpretation of Judy Garland’s “Meet Me In St. Louis”. Apart from the aforementioned tracks, this album features more instrumental gems than you can shake a stick at. While listening to the entire album, it’s interesting to discover the rather sophisticated mix of genres, which does not even foreshadow the reggae. It shows Don Drummond was a genius!