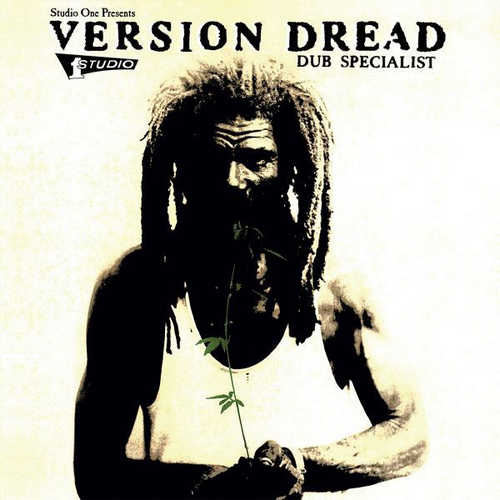 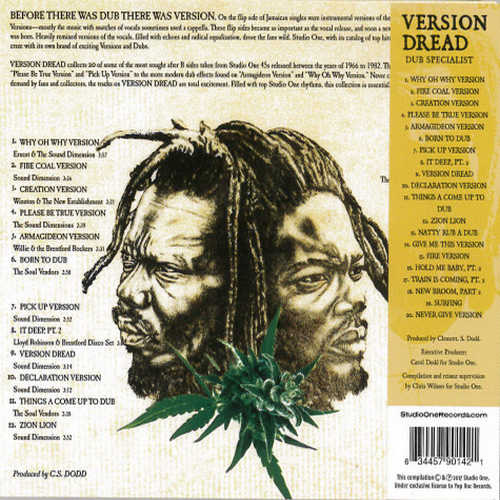 Before there was ‘dub’ there was ‘version’. At first they were called ‘versions’ – mostly the music with snatches of vocals sometimes used acappella. These ‘versions’ are the roots of dub, as well as of rap and hip hop. At the dance halls, the selectors would play the versions of popular tunes and talk (toast) across them – which is where actually rap started. Gradually these flip sides became as important as the vocal release, and soon a new phenomenon known as ‘dub’ was born. Heavily remixed versions of the vocals, filled with echoes and radical equalization, drove the fans wild.

It’s obvious that the flip side or “Version” side of Jamaican 7″ singles was the domain of the engineer whose creative skills would be brought to bear at the mixing desk to mess with the heads of the listener. Names like Osbourne “King Tubby” Ruddock, Errol “ET” Thompson, Overton “Scientist” Brown, Lloyd “Prince Jammy” James are written into the history of reggae music as pioneers of what we now call the remix.

In those days Studio One, with its catalog of top hits, was able to provide the growing craze with its own brand of exciting ‘versions’ and ‘dubs’. However Coxsone Dodd never bothered to credit the engineer who mixed the dubs issued on single or LP. He simply credited them, if at all, to one Dub Specialist. Sylvan Morris is one name often flung into the ring, though he left Brentford Road by the time many of these tracks were recorded, not to mention the many dub LP’s Coxsone issued. Morris gets a credit here, as does the man himself Mr. Dodd, who it now appears was pretty much the Dub Specialist.

Studio One in collaboration with Yep Roc Music Group comes up with “Version Dread”, actually a remastered reissue of the 2006 release from the defunct Heartbeat Records. “Version Dread” collects some of the most sought after ‘version’ sides taken from Studio One 7″ singles (plus two extended mixes as bonus tracks) released between the years of 1966 to 1982. The set opens with the dubbed up tune “Why Oh Why”, a riddim with a relentless bass and woozy horns! “Fire Coal Version” is the instrumental cut of the Wailing Souls’ tune “Mr. Fire Coal Man”, complete with spoken intro and bits of sirens and great harmonies.

There’s a straight instrumental version of The Royals’ “Pick Up The Pieces” as well as “Please Be True” by the relatively unknown vocalist Alexander Henry. “Zion Lion” is a fantastic cut across the “Melody Life” riddim and features some wicked vocals by High Charles. The killer instrumental cut of Burning Spear’s classic “Creation Rebel” is also included on this wonderful set and so is Lloyd Robinson’s very rare and deeply moody “It Deep”. “Hold Me Baby” is a fine uptempo riddim interjected with sweet vocal snatches by Basil Daley, whilst the Abyssinians’ “Declaration Of Rights” remains one of Jamaica’s most outstanding riddims. Check out the instrumental version here!

Furthermore there’s the wonderful Pablove Black synth and clavinet romp through the mind-blowing “Version Dread” (the original version side to Charlie Ace & Scorcher’s “Father & Dreadlocks”), the wicked, slashing, dubbed up version of The Bassies’ “Things A Come Up To Bump”, and the version to The Classics’ roots anthem “Brimstone & Fire”. Also included is a previously unreleased dub to the Righteous Flames’ “I Was Born To Be Loved”. A welcome addition is the inclusion of “Surfing” and “Never Give Version”, (the version of Carlton & The Shoes’ “Never Give Your Heart Away”) in extended form.

Conclusion A truly great selection of some of the best Studio One B-side versions and thus a must-have collection!