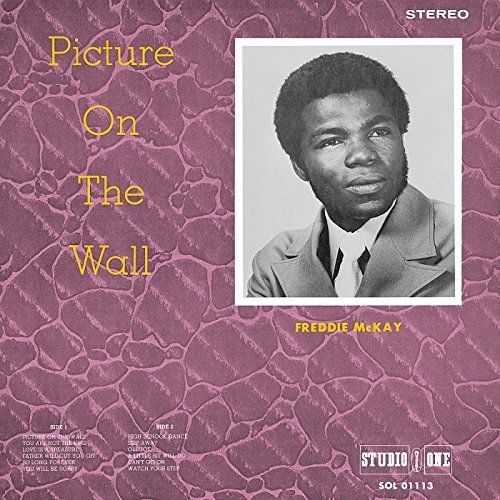 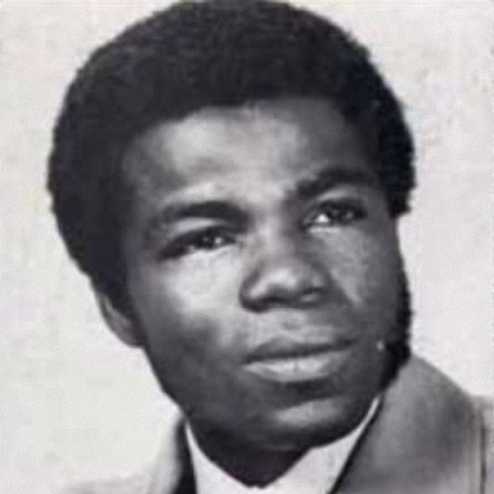 It was Prince Buster who launched Freddie McKay’s career in reggae music back in 1967 with the double A sided 7″ single ‘Giving You A Try Girl’ and “Go On Girl” aka “Red Eye Girl”. Because the tunes didn’t hit, his next move was to check Leslie Kong at Beverley’s, recording under the name of Freddie McLean. His single “Fine Fine Fine” shows the pace of rocksteady getting quicker. It’s an untypical Beverley’s production with great riffing horns and also some great harmonies.

Three great tunes in a row and no hits! But enough fine songs and singing to catch the attention of his next producer Duke Reid. Given a new name ‘Treasure Boy’, he gives Duke Reid one of the most memorable and biggest hits of the rocksteady era – “Love Is A Treasure”. Reggae music moves fast and the massive success of “Love Is A Treasure” in 1967 was a long time ago in 1971.

His next move took him to Brentford Road and Studio One, where he recorded his big hit “Sweet You, Sour You”. In fact all of his singles on Studio One did well. “Picture On The Wall” and “High School Dance” being the other two big hits from 1971. What made “Sweet You, Sour You” different, were the lyrics. This was not a tune that could have come from the US or anywhere else. The riddim of course matched the lyrics, a slow organ intro – probably played by Jackie Mittoo – over a wild riddim. After the great success in 1971, Freddie McKay found even more success with Coxsone. “I’m A Free Man” wasn’t a big hit like “Sweet You Sour You”, but even today remains a popular song.

Studio One in the early seventies, still had a certain amount of attraction to any upcoming artist. Although Dynamics. Harry J and Federal had better studios, they tended to follow trends rather than create them. Coxsone was always prepared to give someone a chance. And with some of the best musicians also hanging around looking for a break, it was hard for him not to end up with a classic album, and quite simply Freddie McKay’s “Picture On The Wall” was yet another one.

It was Coxsone’s willingness to try something new, to give someone a chance that is the key to understand Freddie McKay’s successful stint with Studio One. It had to do with the arrival of the Soul Defenders – or the ‘The Boys From Bog Walk’ as he tended to call them. They were Jah Privy on rhythm & lead guitar; Val Whittaker on lead guitar; Vin Morgan on drums, keyboards, and vocals; Festus Walker on bass; joseph Hill on percussion; and included other musicians like Bobby Kalphat on keyboards, and even Ernest Ranglin on guitar. This band captured the heavy roots of the time so well. The riddims were not just slow, they were highly textured and usually featured some truly amazing horn arrangements.

Studio One partner since 2016, Yep Roc Music Group has re-released “Picture On The Wall” in the form of a “Deluxe Edition”, featuring 24 tracks including many never-before-released on CD or LP. There are alternate versions, rarities, and extended mixes added to the original tracks of the album, which will surely delight all Freddie McKay fans and Studio One aficionados.

“Picture On The Wall” – the title track – was of course the hit, and rightly so. A simple story of a picture that once brought him so much pleasure and now only causes him so much pain, but which he cannot take down. This great tune shows that Freddie McKay wasn’t just interested in emotion. It was, what was in the shadows of a subject that interested him, which he could convey so well. Another great track is “You Are Not The Kind”, which features some amazing horn arrangements. “Love Is A Treasure”, a remake of the original done for Duke Reid in 1967, was another big hit. And then there’s “High School Dance”, which was also a very popular tune. The popularity of them over the years gave Coxsone the opportunity to re-release and remix many of them over the years. They of course included “Picture On The Wall” and “Love Is A Treasure”, both featured on this album. Furthermore included here is the 1971 single “Drunken Sailor”, which was released in Jamaica on the Money Disc label and on Junior Lincoln’s Banana imprint in the UK. The 1972 released single “I Am A Freeman” also appeared on the Money Disc label and so did “Old And Gray” aka “When I Am Grey” and “My True Love”. Another great addition is the rare Jamaican single mix of “Sweet You Sour You”.

Freddie McKay’s really great tunes never got the kind of release coverage they needed to take him up to the next level. Yes he worked with all the great producers, but the chances he got were very few. Being in the right place at the right time can make all the difference. The singer, through no fault of his own, was always slightly out of sync. Still with over 150 singles released – and a brace of great albums – his music will be always be enjoyed by those who love the deepest root sounds from Jamaica.

[Thanks to Ray Hurford for his contribution]