Ghetto Priest – Every Man For Every Man 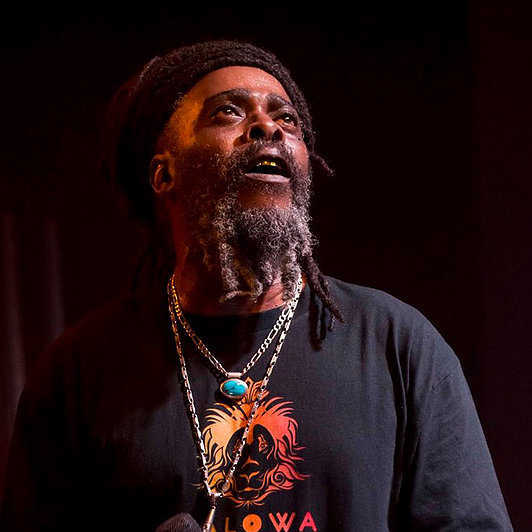 Title: Ghetto Priest – Every Man For Every Man

Ghetto Priest, a prominent figure in the UK Reggae scene, is known for his works with On-U-Sound producer Adrian Sherwood, with whom he recorded and released his critically acclaimed debut album “Vulture Culture” in 2003. He then went on to record lead vocals for Asian Dub Foundation on their albums “Enemy Of The Enemy” and “Tank”, touring the globe as the front man of the group, captivating audiences with his powerful vocals and mystical stage presence. Ghetto Priest posses a raw energy and emotion un-matched by many artists of this generation and while constantly pushing at the boundaries of Roots music, his style strongly maintains the essence of his Jamaican heritage. For his brand new album “Every Man For Every Man”, he again choose to work with On-U Sound supremo Adrian Sherwood. Musicians include the late Lincoln ‘Style’ Scott on drums, Hughie ‘Blood’ Izaachar on bass, ‘Renee’ Rainford Bailey on guitar, and Dave Fullwood & the Ital Horns.

The title track “Every Man For Every Man”, is a solid message tune in which the artist asks the listeners to reach out to our fellow neighbour. Then Ghetto Priest seeks spiritual guidance on the mystical “Good Lord”. It’s followed by a passionate re-working of the Robert Burns poem, “I Murder Hate”, a brilliant message and one of the album’s highlights. Next comes the head-nodding “Bright Morning Star”, a nice tune across a thoroughly appealing fresh riddim. Both “Ghetto Life” and “Satta I” leave a serious impression, musically and lyrically. Ghetto Priest delivers a sobering message towards the environment and defending it from the evils of a money-motivated government on “Sacred Ground”.