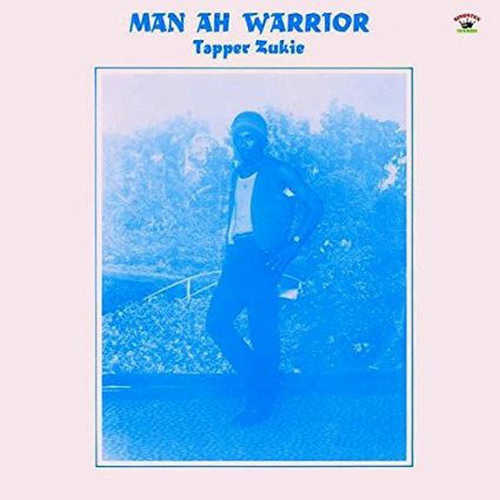 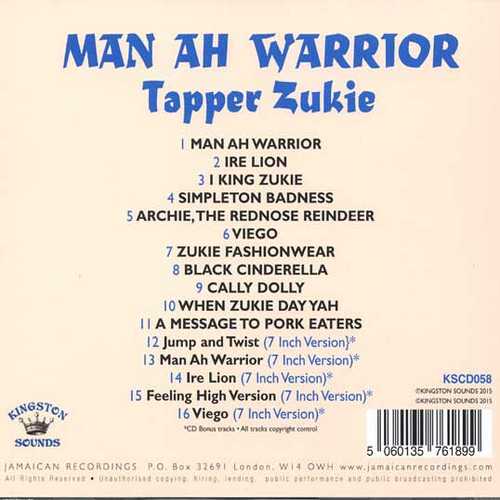 There was something about the early seventies that made people do things and take chances, that sets it aside from every other era. While the deejay revolution was still taking place in Jamaica with debate on whether the deejaying was even a valid form of music, David Sinclair aka Tapper Zukie with producer Clement Bushay created some of that revolutionary excitement in the UK. A combination of UK built riddims with what sounds like Jamaican dub plates from a variety of sources were used by Clement Bushay to aid the then 17-year-old Tapper Zukie on his debut set entitled “Man A Warrior”.

Originally released in 1973, Tapper Zukie’s “Man Ah Warrior” (a debut album with cult status) has been reissued several times. In 1977 New York punk priestess Patti Smith put out the original album in the US on the MER label, followed by the Trojan Records release in 2003, which featured 6 bonus tracks on the CD version. About two years ago Kingston Sounds, the subsidiary of Jamaican Recordings, came up with the next reissue of “Man Ah Warrior”. Just like the Trojan Records releases, the LP & CD version lack the track “Summertime” from the original Count Shelly released album. However the Kingston Sounds CD comes with 5 extra tracks consisting of the original 7″ versions of three of the tracks and his very first single “Jump & Twist”, done for producer Larry Lawrence.

After more than 40 years “Man Ah Warrior” is still a lively and unique collection. The bassline and trademark guitar sound from The Temptations’ “Papa Was a Rolling Stone” is instantly recognizable in the title track with the riddim featuring just drum, bass, and riffing guitar. A likewise sparse riddim underpins “Ire Lion”, a raw authentic track worth hearing. “I King Zukie” is a big tune, an interplay between the soulful vocal of “I Dont Know Why I Love You” (originally done by Stevie Wonder) and Tapper Zukie’s toasting. All in all a worthy opening part of an intriguingly different album that furthermore includes remarkable tunes such as the wicked “Viego”, the hypnotic ganja piece “Cally Dolly”, “When Zukie Day Yah” across a version of the “Slaving” riddim, the cautionary “A Message To Pork Eaters” and “Zukie Fashionwear” with a big trombone and at the beginning Willie Williams (although Delroy Wilson is mentioned in the song) singing lines from the Temptations song “Get Ready”. The original tracks from “Man Ah Warrior” are augmented by worthwhile 7″ versions including the entertaining “Jump & Twist”, with Tapper Zukie utilizing a deejay style that reminds of Dennis Alcapone. And then there’s also the 1973 released single “Feeling High Version”, a nice piece which features the vocal of Honey Boy.

Conclusion Tapper Zukie's "Man Ah Warrior" is raw - it's not music for the weakheart!