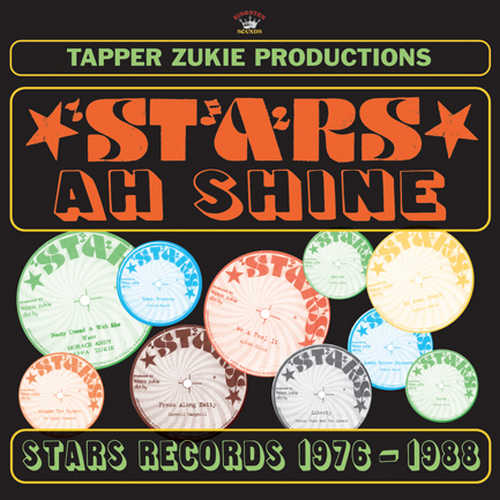 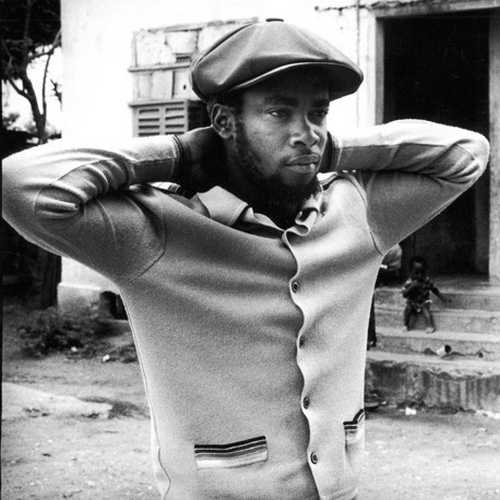 His 1973 released excellent debut set “Man Ah Warrior” (an album that cought the ear of New York punk priestess Patti Smith who later issued it on the Mer label) not only secured Tapper Zukie’s place in the annals of reggae history, it also marked the start of a career as a successful recording artist, who in 1978 even inked a deal with Virgin Records.

After he had signed with Virgin he was able to set up his own recording company, Tappa Record, and launched his record label called Stars, largely utilizing riddims borrowed from Bunny Lee. He started producing many artists most of whom were based in Greenwich Farm. His manner of producing suited the rootical groups Knowledge and Junior Ross & The Spear, but also relative veterans like Horace Andy, Cornell Campbell, Errol Dunkley, Alton Ellis, Dennis Brown and Prince Alla.

“Stars Ah Shine: Tapper Zukie Productions Stars Records 1976-1988” contains in part rare but always fabulous picks taken from 13 years of work in various studios. A trademark of Tapper Zukie’s best productions was an extremely deep, almost destructive bass sound as can be heard on this compilation with highlights of the Stars label – hand-picked by Frank ‘Jah Floyd’ Malone of Kingston Sounds with the help of Tapper Zukie himself.

And thus this album includes burners such as Cornell Campbell’s “Natty Press Along”, which still provides an enormous thrust about 35 years after its creation, and Alton Ellis’ “We A Feel It”, one of the singer’s most moving reality songs. And there’s also Dennis Brown’s 1988 recording “Death Before Dishonour”, arguably one of the best tracks from the singer’s later career, proving that Tapper Zukie was just as capable of turning out digital excellence. Furthermore this engaging set contains the monster hits “Natty Dread A Weh She Want” by Horace Andy, and Prince Alla’s glorious “Bosra”. Nitpickers will probably point out that this collection should have included more 12″ versions with Tapper Zukie playing his role as master toaster (think The Mighty Diamonds’ “Morgan The Pirate” and Horace Andy’s “Natty Dread A Weh She Want”). However, even without these 12″ versions this album is a true winner as it excites from beginning to end.