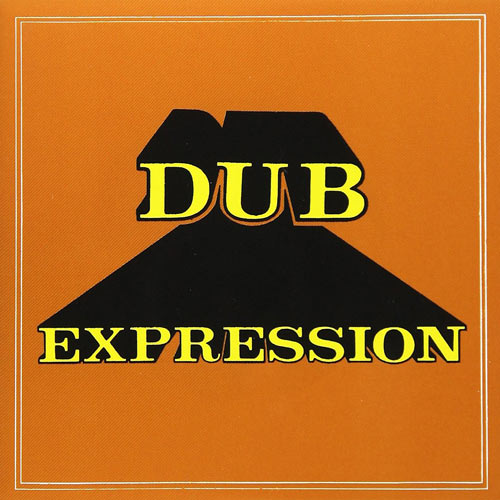 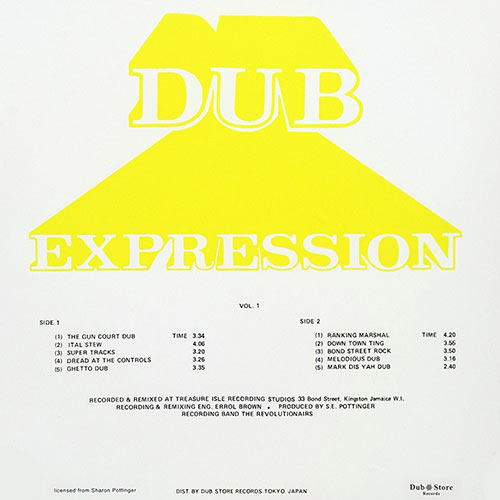 The ’70s saw a growing interest in so called versions, an approach based on deforming, stripping and rebuilding the original tune and came known as dub music. King Tubby along with other dub wizards such as Errol “ET” Thompson, Lee Perry, Prince Jammy, Phillip Smart and Scientist, were responsible for this exciting new dimension to Jamaican music. By the end of 1976/early 1977 the dub craze had reached its peak with hundreds of dub albums being released, as every producer maximized the financial return of his riddims. However, most of these dub albums were pressed in very small quantities and disappeared quickly. One of those albums is “Dub Expression” by Errol Brown and The Revolutionaries.

Errol Brown, a nephew of the infamous Duke Reid, was trained by engineer Byron Smith when he started as a junior engineer at his uncle’s Treasure Isle studio. His training was completed by the Duke himself, which turned out to be a serious drilling. After Duke Reid’s death in 1974, Mrs Sonia Pottinger took over and Errol Brown became the senior man in the studio. He dubbed up the old rocksteady and early reggae masterpieces, of which results can be found on three dub albums namely “Treasure Isle Dub Vols 1 & 2” and “Pleasure Dub”. He was also active production wise. Together with B.B. Seaton he produced several albums. Even though not as famed as some of his better known peers, his outstanding skills at the mixing board cannot be denied.

Now on reissue we are treated to the 1978 dub set “Dub Expression”, a sought after High Note LP, produced by Sonia Pottinger, recorded and remixed by Errol Brown at Treasure Isle studio. No gimmicks here, he uses simple echo and delay, a few vocals sliding in and out, separate instruments floating on top, and respecting the melody of the tunes. One might call it a mixture of dub and instrumentals.

The ten tracker opens with the BOOM tune “Gun Court Dub”. When the organ starts playing you immediately recognize the glorious riddim from Leroy ‘Heptones’ Sibbles, “Get In The Groove”. It’s also well known as “Up Park Camp” by John Holt, a massive rendition he did for Channel One. We couldn’t find out which vocal tune underpins the mighty “Ital Stew”, a bass driven dub with heavy interjections of piano and drums. The same goes for “Super Tracks”, although it sounds like a riddim used by Culture. We really love this one, “Dread At The Controls”, with its echo drenched vocal intro!

What a scorcher comes next! It’s Dennis Brown’s anthemic tune “Ghetto Girl” aka “Stay at Home” that is used for this drum & bass excursion. Culture’s “Jah Jah See Them A Come” was (and still is) such a top notch tune, based on the Studio One “Heavy Rock” riddim. Check out the dub version called “Down Town Ting”. Treasure Isle’s riddim “I’m In The Mood For Love is used for “Bond Street Rock”. The last two tunes are dubs to Marcia Griffiths songs. Originally recorded for Coxsone Dodd at Studio One, “Melody Life” and “Mark My Words”, have been rerecorded intensively over the years. “Melodious Dub” offers nuff vocal interjections and dubbed up horns, while “Mark Dis Yah Dub” let’s the organ lead the riddim and Marcia’s lines gently float above the riddim.