Family Band – Judge Not To Be Not Judge 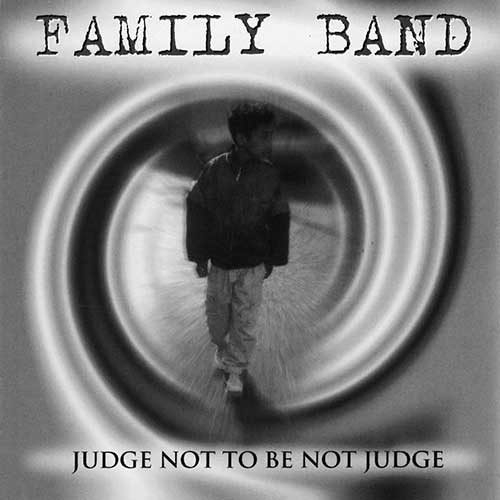 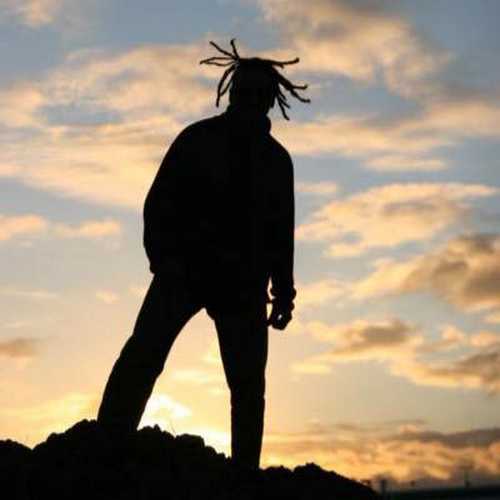 Title: Family Band – Judge Not To Be Not Judge

For decades now, France has been a musical outpost for enduring veterans and rising artistes/groups with superb results. Statesmen like Rod Taylor, Winston McAnuff (and his son, Ishmel), Cedric Myton, Joseph Cotton and Tyrone Downie are well established here. Artistes like Danakil, Hosny Bronx and Brain Damage (Martin Nathan) are on the front lines. Producers/labels like Irie Ites and Uniteam Music (Mr.Chin) are masterclass. The roster of talent is limitless. One ensemble that deserves total awareness and recognition is FAMILY BAND. A totally committed group led by Jean Dread whose live performances throughout the ’90’s are cherished to this day. The original members released this massive debut in 1999; with a broader release in 2015. Message music that’s truly pertinent right now.

Hailing from Reunion Island, Jean Dread (Jean Baikiom) grew up with JA and Creole sounds before his family moved to France. As a young Lion, Jean formed the group in 1994 with the family onboard. The youthful lineup was Tony (drums), Virginie (keys), Micka (bass) with additional contributions from Kerdouch Hassan (keys) and Cotino (vox, bass). The beautiful element is that the Baikiom family were youthful in age (at this time) and created sounds like true veterans. In the mid to late ’90’s, they performed a series of powerful concerts in Paris and surrounding areas like Sannois and Bagnolet. The culmination of their experience led to the recording of this stunning debut. The realities of making a living and education led to the end of the first chapter of Jean’s musical path. After a brief hiatus, he has kept the Fyah burning as JEANDELAFAMILY and JEAN DREAD. New works have been realized; a forthcoming Bob Marley tribute album is expected. This humble Rastaman has endured and still delivers his powerful vocals and lilting bass (his first instrument). He carries the strength of his Family in his name and powerful message.

Family Band – Judge Not To Be Not Judge

The project starts out with “Solution”. This is an urgent anthem with engaging soundscape and the ensemble well organized in creating unique Roots vibes. A grassroots feel to Jean’s vox that’s spot on. “Never Let You Down” is real deal music! Reminiscent of crisp U.K Roots, Jean heartically pays respect to The Most High. Crucial riddim created by Baikiom family; who were very young at time of recording. Muscular arrangements indeed!! “I See You” keeps things potent in DREAD style. Jean unapologetically observes the wicked system over a bubbling riddim that exudes vision and passion. “Apprends Moi” showcases the emerging vocal prowess of Jean with superb and ethereal arrangements. The group’s influences include Bob Marley, Steel Pulse, Burning Spear and all “great messengers”. The broad arrangements on “One Day” evoke memories of early Steel Pulse. Jean has a humble vocal trod ripe with Livity and original vision. Standout selection! “Oh Jah” is an upstanding track showcasing the band’s versatility. Jean delivers in a hard chantjay style in French. The vivid guitar licks, taut drums and ethereal bubbling yearn the listener to hear this performed live. The guitar licks are on par with Third World’s Cat Coore’s brilliance. “Feeling Irie” is a flowing anthem presented inna Dancehall style and nice percussive inflection.

“My Father” is a meditative track with lilting bass and unique keyboard work. Good song with many levels going on. This was a self production from a band that made leaps and bounds in a short amount of time. “Never Forget” is a Royal example of what FAMILY BAND was capable of. A soulful Roots observance delivered with broad musical strokes that are sky high. Deliverance of true message indeed! The levels continue with “System”. An engaging instrumental that’s a Roots symphony with flawless precision. One can feel the unity this family has and have for one another. Heavy stereo material!! “Les Temps Anciens” takes the listener to Ites territory and the musical companion to “My Father”. Gorgeous instrumental with great licks, relentless bass and some unique keyboard work on Augustus PABLO levels. Dash in some Heartical percussion and this is an instant rewinder.

“Never Again” is a tasty Dub of “Never Let Me Down”. Great mix by Yaya and Micka at Family Sound Studio! Just the right amount of Dub treatment that allows the musicianmanship to shine. This family complement one another in JAH sight. “La Lesson” is another Dub companion from the vocal portion that’s stripped down to basics with nice echo and fader throughout. Fulljoyment from start to finish. “Vision” is the Dub to “I See You”; presented in full clarity. FAMILY BAND presents solid riddims without trying to overdo it. A tight sound with tasty licks and taut kicks. Dynamic sounds all the way. The set closes with “Ils Demandent Quoi?”; a tasty riddim detonating with Dub theory in all the right frequencies. One might ask the impact this band would have made if they had continued in the lineup at time of recording. Truly engaging material!!

The album ‘Family Band – Judge Not To Be Not Judge’ is an undiluted look at one of France’s most powerful and promising bands of the ’90’s. Their sound is as relevant today as it was over 15 years ago. So many debut albums pass by without getting deserved awareness. Thankfully, JEAN DREAD a.k.a Jeandelafamily has embraced those beautiful times and is active with masterclass musicians spreading his Royal message. Investigate this tour-de-force on I Tunes and other leading digital outlets. Go deh!!

Conclusion The album 'Family Band - Judge Not To Be Not Judge' is truly engaging material and deserves to be heard again.