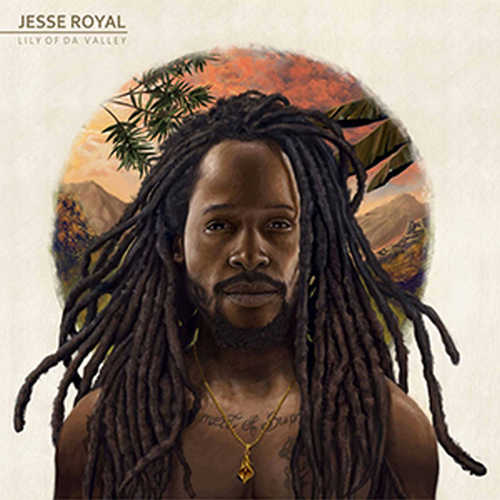 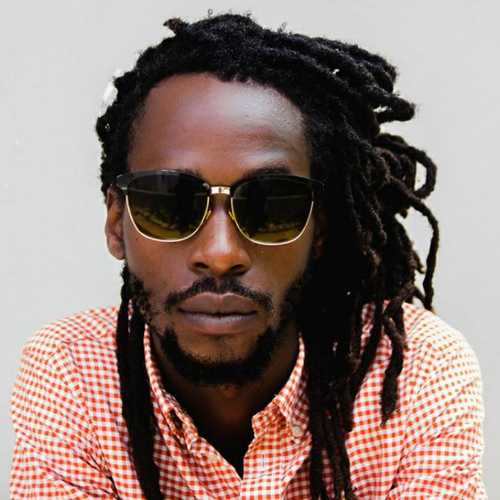 Seven years after the release of his debut single, and meanwhile with quite a few successful singles and mixtapes under his belt, the 28-year old Jesse Royal finally comes up with his highly anticipated and long awaited debut full-length release, the 14-track “Lily of Da Valley”. The album title draws reference back to an old church hymn written in the late 1800s. The song, which Jesse Royal learned from his grandmother’s time in church choir, has been a source of comfort and reflection for the artist through hard times and serves as a personal reminder that “Christ came as an example, not as a deity,” encouraging a deeper overstanding of the concept of Christ beyond just the idolized “picture on the wall” to which He so often gets reduced.

Recordings for “Lily of Da Valley’ took place across many studios, from the Applehead Studio in Woodstock, NY, to the legendary Tuff Gong and Big Yard Studios in Kingston, Jamaica. The source material for the album arose organically, with Jesse Royal keeping loads of hooks, melodies and lyrics on hand until he was ready to come with a noteworthy full album, mainly produced by Llamar ‘Riff Raff’ Brown. Of all previously released singles, only the Winta James produced breakthrough song “Modern Day Judas” on the awesome “Rootsman” riddim and the herb anthem “Finally” have found a place on this album along with his most recent singles “Always Be Around” and “Generation” featuring Jo Mersa Marley. This implies the listener is offered almost entirely new material, which actually should be the norm for any album release.

After having given “Lily In Da Valley” several spins, it’s obvious that the first four songs form the strongest and most consistent part of this album. The compelling opener “400 Years” is a standout roots anthem, with strong vocals and lyrics that keep you involved. “Generation”, the collaboration with Jo Mersa Marley, had nuff potential to become a huge hit. And, of course, there’s the big “Modern Day Judas” [Hey dem a backbiters, Hypocritical 2-siders, Wi call dem modern day Judas, And spreaders of rumours], which is still a joy to hear even after countless plays. The head-nodding “Life Sweet”, which tells of life’s encounters, is a more smooth sounding piece, which grows on you the more you hear it. Vocally and lyrically a superb opening, while also the quality of the riddims is up to par. The remaining 10 tracks include such deadly goods as “Always Be Around”, “Stand Firm”, “Finally”, and “Waan Go Home” featuring Patrice. But unfortunately there also offerings like “Full Moon” (to include such a track on an album like this is pure madness… so skip this ya one!!) and “Jah Will See Us Through” (underpinned by a kinda disco/funk riddim) that really don’t cause any excitement.

Conclusion After earlier this year released debut albums of Samory I and Chronixx, Jesse Royal's "Lily Of Da Valley" is another worthy addition to albums put out by a new Jamaican generation of roots artists.