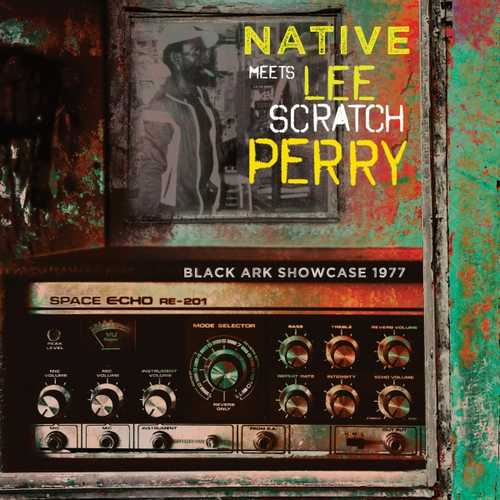 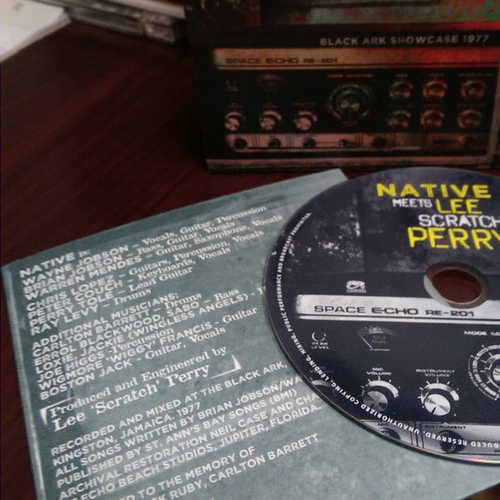 It’s always an event for Upsetter fanatics when they’re able to pick up minor and lost classics from the Black Ark period. Since the start of the new millennium record labels like the now defunct Makasound and especially Pressure Sounds have re released some noteworthy artist and compilation albums that were recorded at the legendary Black Ark studio. And now Los Angeles based Cleopatra Records comes up with Native’s intriguing “Rockstone” album, which has been beautifully remastered.

If you want something unusual, fresh, a serious departure from “roots by numbers”, this eerie album will fascinate — it is spacious, psychotropic and hallucinatory, with deep lyrical metaphor, all musical conventions set free by the classic Gnostic Black Ark treatment.

Wayne Jobson of Native had the following to say about the period with Scratch — “One night in August 1977 Boris Gardiner took me on a trip to see Lee ‘Scratch’ Perry at his Black Ark Studio… The Black Ark was like a medieval space station with Scratch at the controls voicing the UK artist Robert Palmer. I watched in amazement as Scratch drove the mixing board and extracted his mystical sound. All Lee Perry had was a little four track machine — so you can be sure that it was the MAN and not the machine that was creating the magic here!”

The opener, “In A Strange Land” opens with an Elvin Jones style cymbal shimmer, before plunging into a narrative of bleak alienation and isolation in a composition that has echoes of a Byrds melody — perhaps the free spirited, anarchistic “Wasn’t Born To Follow.”

“Late September In May” is full on psychotropic mournful and rainy psychedelia, with edges of PIL’s “Metal Box” period.

“In The Land Of Make Believe” is Black Ark’s take on serious Prog Rock freakiness, with a cosmic lyric, bringing to mind an overcast day in Ladbroke Grove circa mid ’70s.

The whole album just gets weirder and weirder — “Meet Mr Nobody”, with its loneliness and sense of urban separation reminds the listener of a nightmarish take on Turgenev’s “Diary of a Superfluous Man” — take in the lyrics, which are pure Kafka and Gogol’s “diary of a Madman”. “Well, Mr Nobody — do you think you’ve been convicted in this trial with faceless names in every file. Look at all the people, with their names and their careers — saved from all the poverty — yet hounded by its fears.”

“Rockstone” has a deep garage psyche vocal melody. A cyclical cymbal sound reminiscent of “A Love Supreme” gives the tune space to breathe, lifting the composition higher than the claustrophobic lyrics’ preoccupations, centring as they do around tales of prisons, cloisters, loneliness, seclusion, sun beaten arid places and persecution. The version to the tune comes with pure psyche roots garage rock oblivion, Black Ark style.

Native’s music is indispensable, deeply weird, heady music. If you are a roots purist, with a conventional, strictly orthodox mind, it may not interest. But if you are willing to check out uncharted, even Gnostic territories, it’s a deep experience.