Pura Vida & Bleue – Into The Bleu… 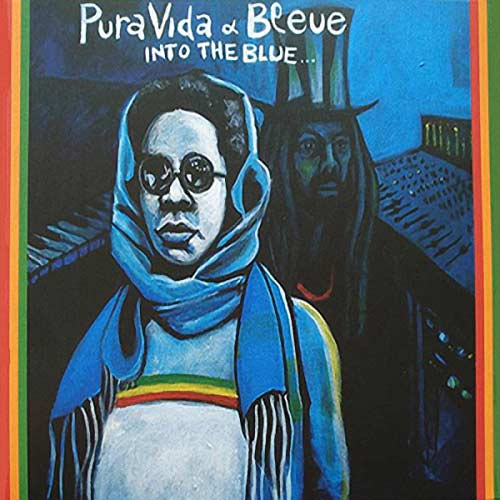 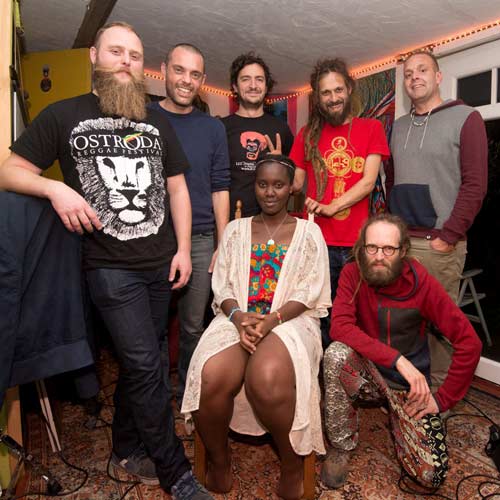 There’s strong Roots tonic brewing outta Belgium; blended with some tasty ingredients. It’s been that way for many years. The well established PURA VIDA have been releasing seriously great work for over a decade now; collaborating with absolute Foundation pioneers and rising talent to be realized fully. Their latest project “PURA VIDA & BLEUE – INTO THE BLEU…” is an engaging project showing the emergence of Bleue, an extremely talented Empress hailing from Kingston’s Song Embassy’s bubbling pool of rising artists. The results are unique and resoundingly brilliant…

Pura Vida emerged in 2006 as a 12 piece collective hailing from Mare Alter, Belgium. Frontman Bregt De Boever (Puraman) has carried this renowned band into a world class studio/labelproducer with limitless ability. After winning the 2008 Benelux Reggae Contest, they wasted no time making progress. The same year, they released “Struggle In The City”; a tight debut that featured former members Collieman and Saimn I. Bregt connected with The Congo’s Ashanti Roy (Roydel Johnson) in 2009, a firm link that continues to this day. This resulted in 2011’s “We Nah Give Up” (w/The Congos). In 2012, “Hard Road” (w/Ashanti Roy) was critically acclaimed and firmed the JA-Belgium connection. Note: the legendary G.T. Moore was in this album, a veteran that Pura Vida has showcased so well. Pura Vida offered “Red Hot” in 2013.

Pura Vida released their second album with Ashanti Roy in 2014. “Step By Step” took us back to Black Ark days once again. “The Upsetter” took notice… Bregt connected with Mr. Lee Perry the same year (another link standing firm) and historic sessions commenced. In 2015, they released “The Superape Strikes Again”, a phenomenal set that bears “classic” all over it! Bregt kept busy, releasing fine work with Jah9 and more. The band released the award winning “Seasons Of Life” last year. The level of activity at Bregt’s “Last Ark Studio” is amazing. While releasing these superb albums, Pura Vida have done crucial tours with Lee Perry, Jah9, Congos, Ashanti Roy and have some incredible works in store for the near future. Their very recent concerts with Bleue were highly touted; Pura Vida movements are here for years to come.

Bleue (Chantelle Smith) hails from Spanish Town, JA. Her earliest influences are Nina Simone and traditional Jamaican folk music. This artist has gotten involved in Reggae vibrations in recent years; the results are captivating. A few years back, Lee Perry connected Bregt with Sound Embassy and Pura Vibes riddims were sent to this bustling musical hub located in the greenery of Papine, Kingston. Song Embassy is an organization that allows rising artists to rise up. The crew is led by University of Kingston professor Paul Campbell and Duwy Malawi. Their vision is responsible for Hempress Sativa’s monster “Boom Wha Da Deng”. Bleue’s gorgeous vocals were recorded at Song Embassy Studio by Uncle B with riddim mastery from Pura Vida.

The musicians have stayed the course over the years, but Bregt supplies the bulk here on drum, bass, guitar, keys, percussion and backing vox. The contributions of longtime bassie Bobo Perck, keyboardist Bos Debusscher and the horn section of Pieter De Naegel, Mathieu Vilian, Yorgi Gritzelis and Karel Desmaele are full spectrum. This project was produced by Poddington Krank, whose been there since the beginning. Honourable mention to Maarten De Boever, who does a complete job managing and coordinating Pura Vida movements to all the Rightful places and people.

“Think About Life” opens up the album on Royal ground. After a Heartical intro by Paul Campbell, the atmosphere opens up to showers of Blessing. Bleue captures a soulful sound that is so beautiful and has an essence of definitive wisdom. The riddim harks to earlier times with ethereal melodica/flute and flowing drum and bass. One will ask – why hasn’t Bleue been on the frontlines before? Such an unique and pertinent talent! Pura Vida has tastefully inflected Jazz, funk and blues in studio and on stage, “Breadfruit Tree” displays that musical notion in full locomotion. Riding a Jazz fueled musical platform with Congoesque harmonies, Bleue sweetly sings a sweet ode to The Most High; perhaps on a personal level. There’s a Nina Simone quality evident; her total grasp of songwriting ability and unique vocalisms is intoxicatingly essential. Standout track!!

“Take Me To Africa” is superb musical craftsmanship. A high stepping Roots roll call with impeccable lyric to riddim flow. Pura Vida delivers a thumping horn driven vibe that could easily fit on a mid ’70’s album. The Empress displays full vocal range with no apology. There’s true Heart and Soul that rolls off each lyrics like cool drops from a waterfall. This is elevation music with true sense of purpose. Boom! The magic continues with “Happy Blues”. A song of fulljoyment with Bleue voicing in a dynamic singjay style that has a folk feel to it. Lively riddim with the horns in full synchronicity. Sounds that are totally original; groundbreaking material. Bregt is a mix master and he utilizes subtle Black Ark methods to full effect. There’s a reason why his studio is called “Last Ark”. “Paradise#The Irony” is a special something! Bleue is dreadly serious with her true observations of daily life in Jamaica. Her undiluted lyrics are utterly powerful and powerful. The riddim dictates her delivery with ethereal Korg work from Bos and a texture of different musical styles embedded within the stark musical backbone. Another completely original track not readily heard in current releases. Masterclass on all levels!!

“Broken” is full display of this talent’s JAH given ability. This is a ballad of searching for true Love. Her vocal grace recalls the greatness of singers of a generation ago but she skillfully keeps things fresh with a sing jay style this reviewer has never heard before. Bregt and crew supply a beautifully textured riddim that is not Reggae fueled, but this is King’s and Queen’s music. Superb! The final vocal cut “Life Is All I Ever Had” is a beautiful duet with Puraman. This is a Jazz fueled Lovers track with some serious Soul from Belgium to Kingston. Both singers are spot on with whole Heart on display. This is a captivating piece that evokes maximum emotion. Bregt builds a brilliant riddim to complement this tour-de-force.

As with most Pura Vida projects, the listener is supplied to some deadly Dub treatments. “Dragon Plate Dub” (“Paradise#The Irony”) is stripped down just right and allows the instruments to “speak”. Bregt crafts a soundscape with tasty echo and theory bound in tradition. “Rosas Dub” (“Happy Blues”) takes the listener back to the early ’70s with full glory. Drum and bass intact with classic Dubisms elevating the vibration to higher ground. After spending so much time with Lee Perry, Bregt has become one of the premier organizers around. “Take Me To Dubrica” (“Take Me To Africa”) is as classic as traditional Dub gets. Real deal session.

“PURA VIDA & BLEUE – INTO THE BLEU…” is one of the most original and unique offerings in some time and certainly in Pura Vida’s consistent catalogue. Bregt and crew have allowed one of the most aspiring artists to rise and shine in a truly dynamic way. Gladness to sight the unity of two forward thinking collectives raising the awareness of what Bleue is capable of. There’s a solid roster at Song Embassy with plenty to offer. Don’t hesitate on this masterpiece. Highest recommendation! Go deh!

Conclusion One of the most original and unique offerings in some time and certainly in Pura Vida’s consistent catalogue.