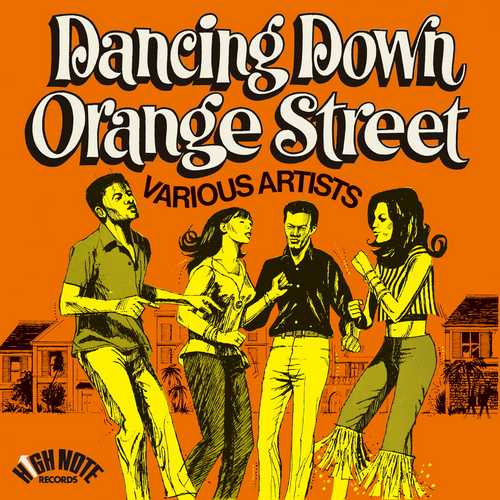 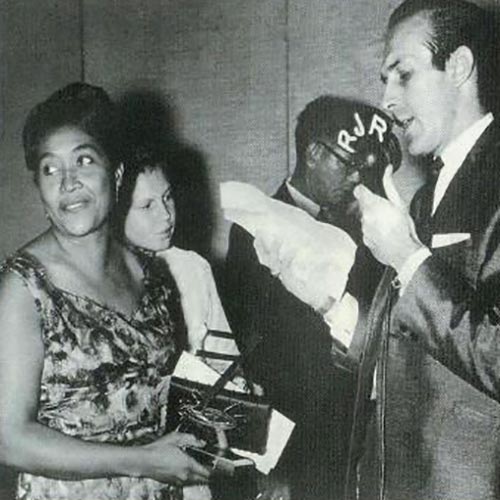 Japanese well respected reissue label Dub Store Records are unstoppable when it comes to putting out deadly goods from the past. After the recently released the hugely collectable compilation of Sonia Pottinger produced tunes entitled “Gay Feet: Every Night”, they now come up with a next compilation set from the vaults of Jamaica’s most successful female producer. This time it’s the seriously sought after classic album of rocksteady and uptempo reggae hits from 1969 called “Dancing Down Orange Street”, originally released in the UK by Trojan Records during the Reggae craze of 1969.

This compilation, named after that world famous thoroughfare in downtown Kingston, which back in the day was the place where you could meet aspiring newcomers and established artists of the Jamaican music scene, traces the development of the shift from rocksteady to reggae. The album features three rocksteady tracks backed by Lynn Taitt & The Jets and nine (then) innovative reggae tracks backed by Mrs Sonia Pottinger’s ever inventive and influential Soul Rhythms house band.

Big singer Delano Stewart (before establishing himself as a solo artist a member of the duo Winston & Bibby and the vocal trio The Gaylads) opens this set with the 1968 released beautiful conscious single “That’s Life”, wich was backed by the just as good lovers tune “Tell Me Baby”, also included on this set. Another great vocalist, still going strong after all those years in music business, is present here with three tunes. The great singer starts with “Somewhere (They Can’t Find Me)”, the very enjoyable flipside of the excellent single “Live Good”, which drops in later. In between there’s Ken Boothe’s rendition of Nat King Cole’s “Hazy Lazy Crazy Days of Summer” with new lyrics. “Lady With The Starlight” surely isn’t one of Ken Boothe’s memorable songs, but it surely is an earworm.

The Melodians were hit makers for Duke Reid (“You Have Caught Me”, “Expo 67”, “I’ll Get Along Without You”, “You Don’t Need Me” to name a few), Leslie Kong (“Rivers Of Babylon”) and, of course, Sonia Pottinger (“Swing & Dine” and “Little Nut Tree”). Featured here is the vocal group’s single “Heartaches” and its flipside “Lonely” from 1968. Both are wonderful tunes to listen to. Also the instrumentals “It Hurts” and “Put Yourself In My Place” by The Soul Rhythms are great to hear. This also goes for “Look Pon You”, the extremely rare 1969 single from The Conquerors (Clifton ‘Skibo’ Harding and Aston Campbell), and The Afrotones’ “All For One”. The latter was featured on the flipside of Delroy Wilson’s superb single “I’m The One Who Loves You”, although it was actually misprinted on all copies (titled “If I’m In A Corner”).

The Conquerors – Look Pon You


The Afrotones – All For One


The Conquerors – Look Pon You


The Afrotones – All For One