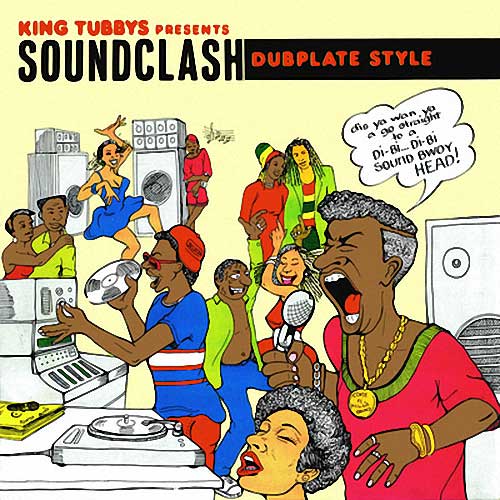 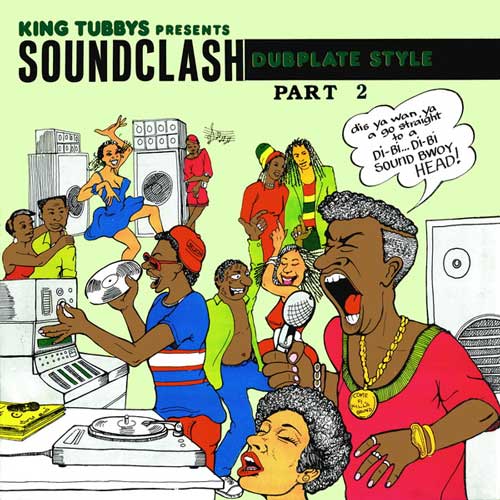 Around 1969 Kingston-based producers started to issue singles with instrumental “versions” on the flipside of vocal releases, which were actually the basic riddim tracks. To these “versions” one could add further instrumentation or deejay accompaniment. Pioneering sound engineer and sound system operator Osbourne Ruddock aka King Tubby did more than any other to popularize and develop the sound. He explored the possibilities of sound from his small studio, located at the back of his home, at 18 Drumilly Avenue, Kingston 11. King Tubby’s productions are invariably linked with his stunning ’70s output. However during the 1980s Tubby had far from given up. He rebuilt his studio and continued to keep it right in the heart of the Kingston ghetto. After Jammy’s release of Wayne Smith’s epochal “Under Mi Sleng Teng” it wasn’t long before his former employer, the late great King Tubby, consolidated the revolution with an even more radical tune: Anthony Red Rose’s brooding “Tempo” (or “Tempa” as he sings it).

In 1985 he set up the Firehouse, Waterhouse en Taurus labels and started releasing tunes, ranging from brilliant to extremely weak. Perhaps his finest effort is Gregory Isaacs’ album “Warning”, that surfaced after the murder of Tubbs on 6th February 1989. Being responsible for numerous heavyweight dubplates, specials used during soundsystem clashes (he made his first specials in 1970 with Roy Shirley, Slim Smith, Cornell Campbell and Johnny Clarke), he released two sets of “King Tubbys Presents Soundclash Dubplate Style Volumes 1 + 2”, where the atmosphere of a clash is demonstrated, complete with hilarious intros by soundman Fuzzy Jones. For anyone who reads this and doesn’t know what specials/dubplates are: a song recorded across a (mostly) popular riddim, produced for soundsystems and used in soundsystem clashes, biggin’ up the sound and dissing other sounds. The dubplate is the actual slice of metal, covered with wax unto which the special is copied.

Dub Store Records out of Japan is the major Japanese ska, rocksteady, reggae and dancehall reissue label run by the eponymous Tokyo based record store. The label aims at accurately covering the 50-plus years of Jamaican music. Their releases are lovingly restored and presented in reproduction sleeves and labels. Last summer the label put out the digital masterwork from Tubbys, “Tubbys Presents Soundclash Dubplate Style”, both, Part 1 as well as Part 2. They issued it as separate cd’s, although Part 2 features the instrumental versions of Part 1. Production by Tubbys, recorded, mixed and edited by Fitzie Banton, riddims laid down by the Firehouse Crew.

The ten tracker is a truly digital soundclash classic, with strictly killer tunes without hesitation! Tubbys original sleeve notes: “The album is the first of its kind. The purpose is to give those people who don’t attend dances a feel what is happening inside the dance hall…” King Everald’s deadly tune uses the melody of ‘Do You Know The Way To San Jose” from Dionne Warwick. Johnny Osbourne follows in solid roadblock style with “Line Up”. Trevor ‘Pan Bird” Levy’s tune runs across Burning Spear’s “Swell Headed”, he’s “not gonna run from no clash!” The late Banana Man (he died in 2002 after falling off a wall on which he was sleeping in Ocho Rios) claims to be his sound to be “the roughest”, while the unknown Michael Batis delivers his fatal shots with “Die Yu Die”. Fuzzy introduces Gregory Isaacs as ‘Hitler’. His sweet but effective offering was voiced in one take, definitely buries the sound and is one of our favourites! Dancehall icon Little John licks the “Fade Away” riddim in full effect and thus fades away the other sounds. Buga aka Sugar Minott’s tune isn’t a soundbwoy tune, aiming to kill the other sound, but an ode to the rub-a-dub style. The style changes with Conroy Smith who presents a mortal soundboy tune inspired by his hit “Dangerous”. Finally Pad Anthony finishes the exterminator job with “Charge Dem”.

Part 2, as said before, are the instrumental slices, but the tracking list is a little bit different. They switched the A and B side and thus vocal track 1 matches with instrumental track 6 and so forth. The instrumentals also come with new intros by the incomparable Fuzzy Jones.

Conclusion Not to be ignored classic soundbwoy business!