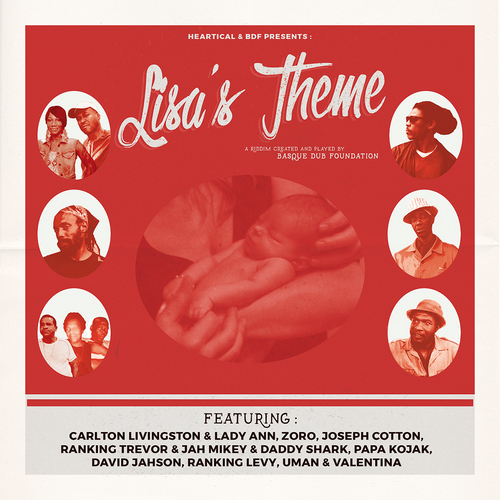 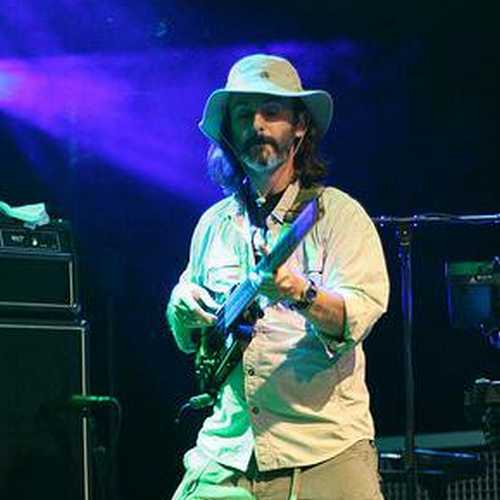 About two years of their last release, “The Assault Riddim”, the Heartical record label from Paris, France returns with a brand new juggling project entitled “Lisa’s Theme”. For the latter, Heartical producer Sergio Marigomez once again teamed up with Inyaki Yarritu, the mastermind behind Basque Dub Foundation (BDF), for the fourth time. The previous riddims created by BDF were the critically acclaimed “Ministerio Del Dub”, “Freedom Rockers” and “The Assault”.

Although “Lisa’s Theme” is an original riddim, it’s in particular an organ part that sounds familiar to the ears. The trademark old-skool style roots backdrop from BDF – expertly mixed by Darren Jamtone – is the perfect vehicle for veteran singers such as Carlton Livingston, David Jahson, and deejays like Lady Ann, Joseph Cotton (formerly known as Jah Walton), and Papa Kojak. Of interest is the inclusion of the collaboration piece “Please Be Three”, voiced by the late Ranking Trevor (1960-2012), who voiced the rhythm in 2006. At the time he teamed up with his deejay sparring partners Jah Mikey (famous for deejaying Papa Roots aka Roots Socialist) and Daddy Shark (from Youthman Promotion & Killamanjaro fame) to deliver this cut three the hard way.

Things get started with “Handle We”, a real nice soundbwoy tune for which Carlton Livingston teamed up with Lady Ann. It’s followed by Carlton’s solo cut of that tune, which for obvious reasons has been given a slightly different title. And also Joseph Cotton is featured twice. His “Pon The Attack” comes with two different mixes, showing that he’s still in fine form as he rides the riddim in a rub-a-dub fine style. For various reasons “Please Be Three” is the real highlight of this set. A killer in classic deejay sylee!! And so is the powerful “West Gone Black” by the still fresh and good sounding Papa Kojak, who enjoyed notable chart success in the late ’70s with musical partner Mama Liza. David Jahson, whose classic song from 1975 “Clean Rasta Dread” was reissued on the Heartical label 15 years ao, comes up with a noteworthy song dedicated to all the ghetto people.

Apart from the Jamaican veterans this collection also includes contributions by artists from Israel (Ranking Levy aka Papa Lord), South Africa (Zoro), Belgium (Original Uman) and Italy (Valentina). In particular worth hearing are Ranking Levy’s “Sensimilia Crisis” and Zoro’s “Inna Di Ghetto”. “Lisa’s Theme” rounds off with two dub cuts, “Dub A Lisa” and “Dub A Lisa (Take 2)”, enabling the listener to enjoy the riddim to the fullest.

Conclusion A solid juggling project with nuff cuts to fulljoy!