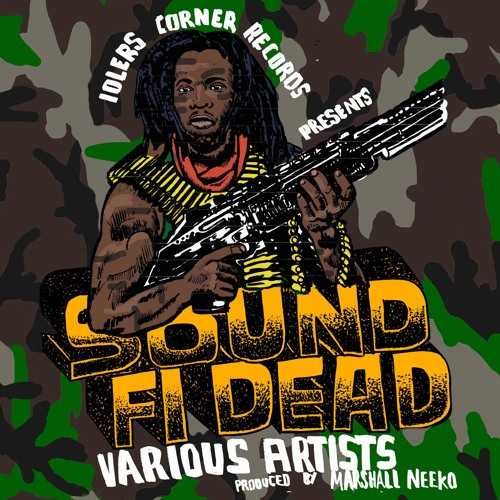 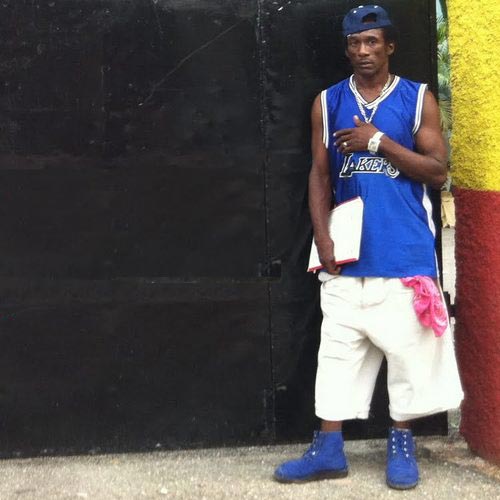 What tune could better kick off this entertaining set than the aforementioned “Soundbwoy Life”. The latter is a killer rendition of Danny Coxson’s “Bad Boy Life”, originally released on Sea Breeze Records back in 1992. Together with gravel-voiced Blackout JA, singer & painter Danny Coxson turned his classic song into a soundclash tune, which is underpinned by a seriously weighty relick of the “Skylarking” riddim. Pure wickedness!

And there are even more serious pieces of digital weaponary to fuljoy… vocally, lyrically or riddimwise. Of course thematically all songs deal with the same issue, but while some of the tunes vocally make a good impression, others have more imaginative lyrics to keep the listener involved. Not forgetting the riddims, which include a few remakes of vintage backdrops like for example “Get A Lick aka Billie Jean” and “Death In The Arena”.

Just like on “Idlers Corner Records Volume 1”, prolific Russian singjay Tenor Youthman, a disciple of the digital counterpart to the Waterhouse style that was established around 1984 by Tenor Saw and Nitty Gritty, dominates this release with a number of cuts. In particular worth hearing are his songs “Hardcore” and “Set The Standard”. More noteworthy musical ammunition comes from I-Maa-Ra (“Kill Again”), Pad Anthony (“Kill You Tonight”), Isiah Mentor (“Mr Undertaker”), Robert Lee (“Die Tonight”), Avaran (“Don’t Test Me”) and Little Kirk (“Pressure Sound Boy”).