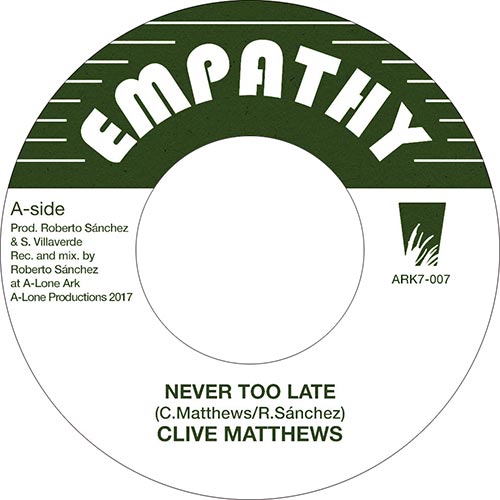 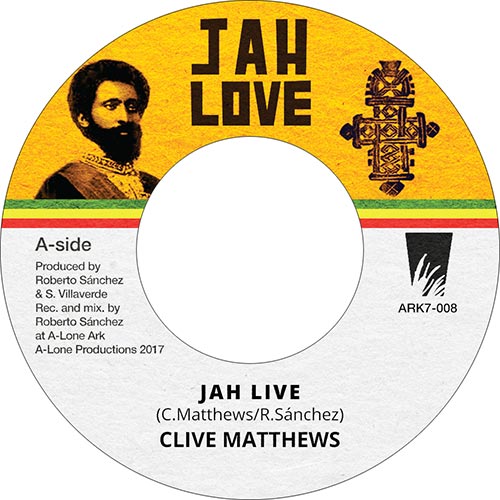 Since Roberto Sánchez and his ‘partners in crime’ started A-Lone Productions in 1997, fans of real quality reggae music (ska, rocksteady, early reggae and roots reggae) have been treated to glorious releases – singles as well as albums. Without any doubt those who have purchased these releases have given them a prominent place in their collection. Twenty years after the foundation of A-Lone Productions, the quality of the releases and production works is still topnotch, which is a major achievement.

One of the latest projects Roberto Sánchez – now in collaboration with Santiago Villaverde – is working on, is an album with Clive Matthews. The latter is one of those underrated artists from Jamaica, who after all those years still has the recipe for creating unique roots reggae music and to deliver its message.

Clive Matthews’ first recording was the nice and chunky single “My Girl Has Gone”, released in the mid ’70s on the Percival label, and recorded at Dynamic Sound with the Now Generation Band. Producers Norman “Fox Fire” Vassell and the late Clinton “Percival” Williams then worked with Clive Matthews in the late ’70s, which led to the recordings of a few real killer roots tunes. These included “Big Brown Eyes”, a tune with tough horns, which was so well received and popular that it was re-cut in the early ’80s in a more rub-a-dub style! And there also was “Apology”, “Am Going Home”, and “Jah Guide”. The latter is classic roots originally released only on a UK 12″ single on the Ethnic Fight label. “Ragamuffin Style”, a killer uptempo tune, was done in a digital style and was every bit as good as his classic ’70s output. Due to its limited pressings these tunes just never reached the ears of many avid reggae fans when they were first released. (Check Brooklyn’s DKR label for the current reissues)

As a teaser for Clive Matthews’ upcoming album, we’re treated to two 7″ vinyl singles featuring the tunes “Never Too Late” and “Jah Live”, both recorded and mixed at A-Lone Ark Music Studio by Roberto Sánchez and backed by Lone Ark Riddim Force. Great live played riddims with a sound that harks back to the heydays of roots reggae music and on top a singer who showcases that, after all those years, he’s still in good shape. Both vocal cuts are great to hear and go on repeat. This also goes for the offerings on the flipside!

So, vinyl addicts make sure you get your copy in time.