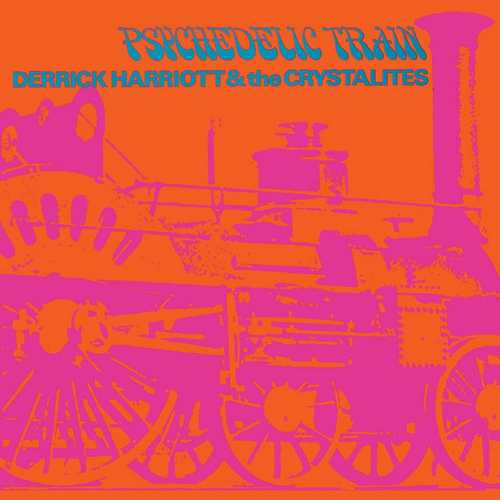 After having sung in church, Derrick Harriott started in the ’50s as a member of the duo Sang & Harriott. They scored with “Lollipop Girl”, both for Coxsone as well as for Duke Reid. Claude Sang left Jamaica and Derrick formed the ska/doo-wop group The Jiving Juniors. After the release of several tunes The Jiving Juniors disbanded in 1962 and Derrick Harriott set up the labels Crystal Records and Musical Chariot. He had minor hits with singles such as “I Care” and the Donnie Elbert do-over “What Can I Do”. In 1966 Derrick opened his own record shop. He worked with some of the island’s best musicians, brought together in The Desmond Miles Seven, later he assembled the Crystalites with Bobby Aitken, Jackie Jackson, Hux Brown, Winston Wright, Lyn Tait, Joe Isaacs and Bobby Ellis.

He rocked Jamaica with his productions: “Stop That Train” by Keith and Tex, Rudy Mills’ “Long Story” and his own tunes “Solomon”, “Walk The Streets”, “Do I Worry” and “The Loser”. “John Jones” by Rudy Mills was a major hit 1968. Rocksteady came to its end but he continued recording and producing with considerable success. The deejay Scotty recorded some excellent sides with Derrick across Derrick’s foundation riddims. With The Kingstonians he cut rootical tunes like “Sinner Man” and “Sufferer”. He also released two sought after dub sets, “Srub A Dub” and “More Scrubbin’ The Dub”. With these albums he became one of the first producers to use King Tubby’s mixing talents. With Dennis Brown he recorded the brilliant “Super Reggae & Soul Hits” album. Derrick Harriott helped to shape the chirpy rocksteady sound in Jamaica and is spoken of with reverence by many Jamaican artists.

Doctor Bird Records. a division of Cherry Red Records, specialising in vintage Jamaican sounds licensed from the legendary catalogue of Trojan Records, went through the huge Trojan archives and selected a couple of classic LP’s and have put them together with a selection of bonus tracks, one of them being Derrick Harriot & The Crystalites – Psychedelic Train. The original 1970 12 track LP was a major seller for the Trojan label. Derrick’s talent for covering soul tunes was remarkable and that’s why it’s obvious there are so many top notch soul covers included here.

The title track (with The Chosen Few) offers real funky grooves, the tune was a Jamaican #1 hit in 1970. The album closer is the deejay version of that song with Ramon The Mexican as toaster, who later became known as sweet voiced vocalist Ambelique. In between these two tracks we are treated to a superb selection of (hit) tunes including “Do I Worry”, “Solomon”, “No Man Is An Island”, “Groovy Situation”, “The Loser”, “Walk The Streets”, the remake of “Born To Love You” and “Message From A Black Man”: “Yes, my skin is black, / But that’s no reason to hold me back.” (The Temptations), one of the many ‘black awareness’ tunes from that period. In the same vein is the Norman Whitfield song “Slave”. Further hits include “Standing In” and “Tang! Tang! Festival Song”, both hits in 1968. On the other hand the album offers lesser known gems. Derrick’s interpretation of the Tams’ soul classic “Laugh It Off” stays very close to the wonderful original song. Also present here is the often versioned “Riding For A Fall” and the early reggae uptempo song “Go Bye Bye”. Joe South’s “Standing In” is being covered inna marvelous fashion!