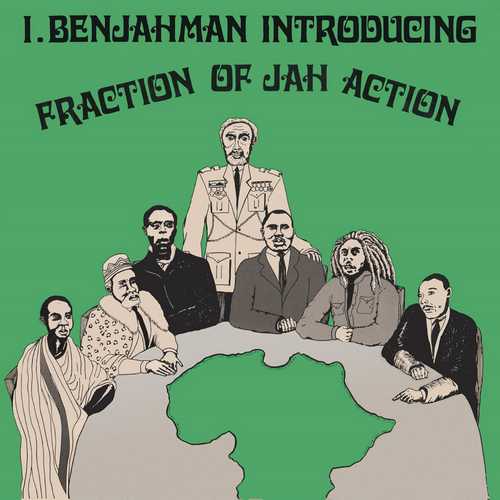 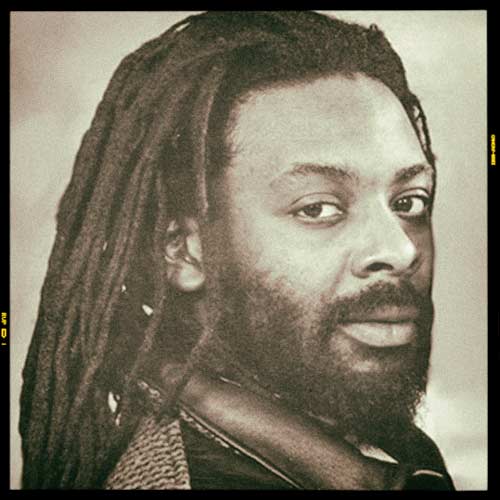 I.Benjahman was born Alex Robertson in London in 1958. His musical influences were The Wailers, Jimmy Cliff, Justin Hinds and Rico. A 1979 trip to Jamaica solidified his Rastafarian faith. His first recording was a song called “How Long”. He teamed up with the band Zabandis for the next tunes. “Family Affair” and “Jah World Will Keep On Turning”. He never learned to play an instrument and that was the reason why he used his friend Tunga from Zabandis to write out the songs and chord structures.

Seeking higher standards he turned to Tony King, who run a studio in West Kensington. With engineer Sid Bucknor, drummie Horsemouth, Tony Asher and bassie Tony Silvera he cut the tunes “Sweet Reggae Music”, “Give Love A Try”, “She Got To Know”, “Natural Forces” and “Jah Nation”. Further musicians included were Rico, Benbow, Dennis Bovell, Eddie Tan Tan and Headly Bennett. These tunes, and the ones he did with Zabandis were used for the 1983 LP “Fraction Of Jah Action”. After a long period of inactivity because of a strong pull towards his domestic life, he resurfaced in 1997 with the “Rasta 2000” album.

Finally this man’s work gets a proper re-release through the Hot Milk label, a division of Cherry Red Records. This re-release holds the bulk of his early 80s output, and we must admit it’s a pleasure to spin these tunes from the past. First there’s the original 7 track album, some rare 12″ mixes, dubplates while disc two carries 12 dub outings. With his vocal delivery being somewhat fragile he creates on several tracks an atmospheric flow. The album starts with a long version of “Sweet Reggae Music”, a fine mellow ode to the music we all love: “this ya music, just can’t refuse it”.

The autobiographical tune “Give Love A Try” deals with the disparity in respect he experienced when he returned from Jamaica to London. He delivers in an instantly engaging manner and the wonderful arrangement makes this one a real winner. You should play the 12″ version of this song really loud, it’s a killer reworking! Jah Shaka championed this 12″ version on his soundsystem and it became his biggest selling record.

“She Got To Know” tells about a girl who faces negativism when she brings home a Rasta. Excellent tune with nice guitar riffs. “Natural Forces” is done across the riddim “Satta Massagana” by The Abyssinians, dealing with the African diaspora. Serious standout selection fi sure. The same theme returns on “Jah Nation”, some great horns here! “Family Affair” is a tale of a man desperately trying to keep his family together. This tune returns in full force as a wicked 12″ version, a great version! A dubplate vocal is added as well. The Johnny Nash cover “Hold Me Tight” is only nice as a curio.

Disc 2 offers 12 dub outings. The style of these tracks are slightly different from the Jamaican dub outings of that period. Dennis Bovell was responsible for the first two dubs. “Mind Blowing Dub Part One and Part Two” are the restructured and deformed counterparts of “Give Love A Try”. Required listening! “Lion Kingdom Dub Flash” (Tan Tan & Earthman Tune In) solidly reworks “Jah Nation”. Continue in full speed with “Prosperous Dub” (Earthman Tune In). It is a weird soundscape of vocals echoing over the riddim of “Jah World Keep On Turning”.

“Family Affair” is versioned three times. First there’s “Lion Affair Part One and Part Two”. “Part One” focuses on the vocals and horn parts of the original tune, while “Part Two” is for more stripped down with accents of melodica swirling ’round. The “Dub Plate Version” was taken from the acetate dub plate as featured on disc one. There are four versions of “Father’s Instructions”, a tune supposed to go with the soundtrack of “Countryman”, but because of financial reasons didn’t make it, which is really frustrating because the song would have fitted in very nicely. The disc closes with “Being In Dub”, a jazzy tune, not really dub, but an instrumental cut.

Conclusion Although "Fraction Of Jah Action" is not a masterpiece, we're very glad that this one's being brought forward to the reggae massive after 35 years.