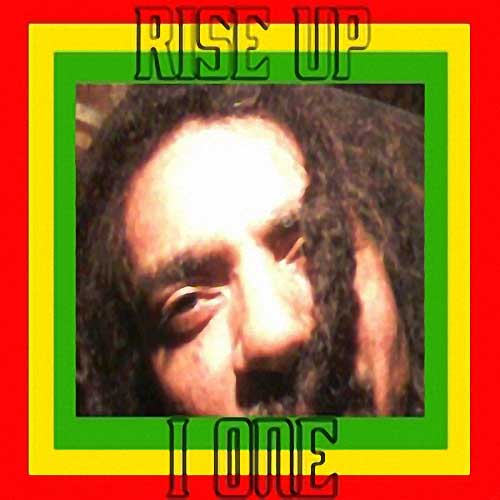 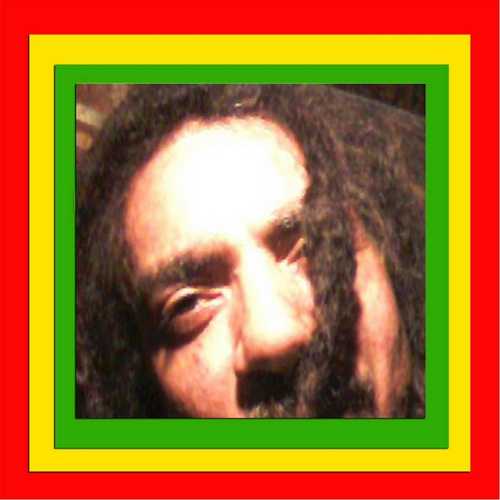 The Reggae industry is flush with new releases at any given time. The majority of crucial projects get some degree of recognition. Well, there’s some that slip under the radar. Talking about an album whose truth and conviction that’s on par with “a lost Bob Marley album”. Sounds that captures full attention and brings up “why hasn’t this received global airplay and awareness”? The multi-talented I-One released “Rise Up” in 2013 and it’s absolutely necessary to raise awareness of this flawless offering.

I-One is Paul Gauntlett’s name as a vocalist. As veteran musician/engineer/producer is I-Paul. His name might shift but his limitless talent is a gift. A veteran of the industry for three decades, Paul’s contributions as musician, engineer and musician are built of vision and mastery. The cousin of Jacob Miller/Fredlocks and Maxi Priest, he spent many years backing up Freddie McGregor, Sugar Minott, Mikey Spice, Screwdriver in all capacities. He’s been heavily involved in classic albums by Glen Washington, Keble Drummond, Willie Lindo, Sasha Dias, Prince Malachi and many more. His many years with Mr.Lindo’s top notch Heavy Beat label have given him true experience.

Discussing his solo ventures; one goes back to 2004 with the release of “I-Tek Paul In Dub Conference with Harry Mudie” (a crucial album!!) urged by his long time Bredda keyboard veteran Mallory Williams, began singing with incredible results. Operating from his bustling I-Tek Studio (Florida), Paul built the riddims with the Royal touches by Mallory, hornsmen Chico Chin and Tony Greene and crucial guitar licks from original Soul Syndicate veteran Tony Chin. Paul builds truly concrete riddim blocks, the added structure from these veterans reinforce the foundation. Mr.Gauntlett mixed and produced the set. He works with the best in the business; honourable mention to Danny Breakenridge (Upstairs Music), whose gotten so many classic projects up and running.

“Hold Your Head Up High” sets the Zion tone of the album-powerful, urgent and undiluted. This track fires on all cylinders; a lost Marley track? Paul’s natural vocalisms are Nesta in dynamic flow. Poignant lyrics over a brilliant riddim with Mallory’s ethereal bubbling. “Never Been A Drifter” is a commanding tribute to Dennis Walk’s “Drifter”; I-One takes it to another level. Once more, Marley vibrations drift mystically across this riddimacally poignant anthem. Paul is truly a master riddim builder…boom! “Imagine This World” is a Heartical ode to The Most High with power and conviction. This track has the caliber of “Rastaman Vibration” sessions with fresh urgency. Nice harmonica touch from Mallory! Standout seriously!!

“I Am What I Am” is clearview movements with totality. Original in nature; it still evokes early Marley work like “Catch A Fire”. Many artistes try to emulate Tuff Gong’s mannerisms with varied results but his Spirit is embedded within Mr.Gauntlett completely. The Royal vibes continue with “Taking It Easy” with Zion horns from Chico and Tony. A joyful ode with a sense of purpose. A tribute to the late ’70’s, when “Easy Skanking” was embraced globally. Instant rewinder! “I And I Feel It” is sky high in nature. Over a lilting and textured riddim, I-One has a vocal prowness of a Lion. Remarkable how Nesta Marley’s legacy is presented here. Superb mix with slight Dub nuances. Winner! “Jah Is My Hero” is a pure stream of consciousness. “Jah is my hero, the rest of them ah zero”.. A versatile track both musically and vocally; the essence of Bob Marley still flows like a river.

“Jah Control” is a soulful offering with powerful lyrics-“I sold my soul to Jah”; a hugely triumphant track with Paul commanding the mic like there were a plethora of vocal albums in his catalogue, not a debut! This man has the talent to trod many more years as a Roots vocalist; real deal! “My Shepard” is a rock solid Roots anthem. Another Blessed ode to The Most High with stellar arrangements on all levels. “Raindrops Falling From My Eyes” is a Heartical connection indeed. BIG riddim with Chico and Tony in all the right places; amazing clarity and reflection of King’s Music in full glory. The ethereal vocal flow evoke memories of sounds revealed on “Confrontation”; released after Bob flew home to Zion. “Son Of The Most High” continues in that vein with full sincerity. Besides building rich riddims, Paul’s songwriting and lyric content is brain food. Thought provoking content in every track.

“Stranger To Yourself” is a stripped down track, letting I-One’s throaty vocals testify to pure truth. Musical shower of Blessings and a powerful message for people to check themselves with manners and respect. Boom! Ites levels continue with “Jah Jah Make The Sun Shine”. A bubbling anthem that lingers nicely long after repeated listening. Urgent riddim with Paul in full command with Roots and branches. “Been Through The Valley” is a skanking delight with a Fatis Burrell production quality evident. This is serious Roots music that will hit you with no pain. Standout selection that should be played in heavy stereo. “Top Secret” is pure “initellegence” all the way. Paul lays down a tuff riddim with Tony Chin lending some serious licks. This has chart busting capabilities and the listener will be hypnotized by the power and dimension of this piece of JAH art. The album closes with “The Good I Know”. A pertinent reminder to trod the Rightful path despite any circumstance. The flow and scatting confirms the reasons why King’s Music shall never be downtrodden in these perilous times. Superb mastery here!!

I-ONE-“RISE UP” is like discovering a full tap of JAH oil. The power and authenticity of this album is higher than the aforementioned dialogue. Mr. Gauntlett has the capability to construct an album that remains mystic and poignant on all 16 tracks. There’s nothing forced in his delivery; a display of The Most High’s inspiration given to this man of limitless talent. Only one question-when is the next album coming out? Don’t hesitate on this album of Zion proportions. Available at CD Baby, iTunes and Amazon. Go deh!

Conclusion I-One - "Rise Up" has the power and authenticity of a classic album.