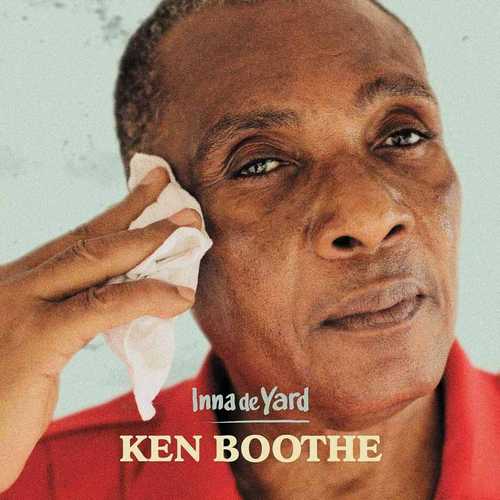 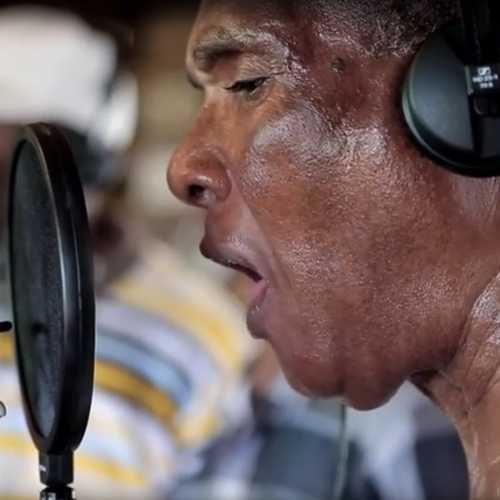 MR. KEN BOOTHE O.D. A lengthy book could and should be written about this legendary statesman whose timeless contribution spanning over five decades exudes the essence, spirit and soul of Jamaica. His timbre surfaced triumphantly on this year’s “Soul Of Jamaica”; a hugely successful album showcasing some of Jamaica’s most heralded artists and marked the return of the “Inna De Yard” movement -“presenting songs the way they were created”. Marking his first internationally released album in 25 years, “INNA DE YARD” is a flawless reinterpretation of Mr. Boothe’s hugely influential ’60s and ’70s catalogue. An achievement on so many levels; this is a true musical documentation of allowing this artiste to roam freely without any constraints…

Ken Boothe has stayed the course-year after year, decade after decade. His studio and live output has continually been embraced even when the dances were changing in the ’80s and beyond. This project is his first internationally released album in 25 years, but he has released stellar singles and the heavy duty “Journey” album in 2013. His flawless live performances are pure celebration; he delivers in his unmistakable timbre and vibrato and exudes Royal showmanship that’s adored globally. He was right there at the dawn of Studio One with his partner Stranger Cole (Stranger & Ken) in 1963 and has navigated a solo career that definitely contributed bringing Jamaican Heart and Soul to all of Creation. A man in a league of upstanding gentleman who stand firm having endured Ska, Rocksteady and Reggae. Enough stated, this is a man who is exact definition of “masterclass”…

Producer Romain Germa brought Mr. Boothe up to the mystic of Blue Mountains. An open air studio in Stony Hill served as realization to the singer that something truly special was occurring. Recalling the early days of recording… yes indeed. A diverse ensemble of international musicians were brought in. Winston “Bo-Pee” Bowen (long connection with Inna De Yard) on guitar. Robbie Lyn on organ/piano (solid on “Soul Of Jamaica). Bassists Delroy Nevin and Ruel Ashburn anchor tight. Percussionists like Alphonso Craig (who has contributed to virtually entire Inna De Yard catalogue), Kush McAnuff and Earth Warrior deliver Zion vibrations. The French connection is solid with the superb work from Fixi (major works with Winston McAnuff) and horn section of Didier Bolay, Guillaume Briard and Nicolas Laroque. Veteran hornsman Romeo Grey is absolute. The harmonies of The Viceroys, Cedric Myton, Kiddus I and Kimberly Goldson are amazing. These sessions were crisply recorded and mixed by Fabien Girard and Laurent Jais. The French-JA connection train has been solid for decades; this is a culmination of the respect within…

“Speak Softly Love” kicks off with historic elements. Ken originally embraced this track in 1974. The original Nino Rota composition flowed in “The Godfather”. The “open air” feel is felt right away; Robbie Lyn’s piano, Fixi’s accordion accordance and triumphant horns allow Ken to bring undiluted emotion. The sense of fulljoyment and purpose is undeniable. The essence of these sessions was to present togetherness and creativity; totally paramount here! “I Am A Fool” is a Studio One scorcher from the fruitful Ska era. Ken’s amazingly timbre is brimming with clarity and authority; fueled by amazing hornsmen arrangements and hypnotic Niyabinghi and percussive pace. This interpretation is a complete masterpiece. KEN painting vibrant tones over an already flawless musical portrait. Standout selection!!

“Black, Gold & Green” first surfaced in 1974; taken from the album of the same name. Ken’s catalogue is widely known as songs of Love, but he is a firm Rasta. This anthem is a lively insight in his beliefs. The revisit elevates higher than the altitude of The Blue Mountains. Fixi’s accordion, Robbie’s impeccable piano and Zionesque harmonies allow Ken to deliver a throaty vibration with a caliber of “Freedom Street”. An amazing session that demands repeated fulljoyment. “Artibella” has been revisited many times with great results. A huge hit in 1970, Stranger and Ken were singing this song as early as 1964. The Inna De Yard session results in the most unique and powerful revisit to date. Mr.Boothe lets the full range of his vocalisms reach out. The togetherness of guitar, piano, accordion and Nyabinghi pulse transcends musical boundaries. The organic beauty is beyond description!

History recalling on “I Don’t Want To See You Cry”. Ken sang this Bob Andy penned classic in 1966. This interpretation takes it sky high. Mr. Lyn’s ethereal organ work is foundationally essential with Fixi’s work a welcome fixture. Ken injects emotional and sweet Soul into this piece of JA musical history. Organic Fyah by the score. “African Lady” continues this Royal essence. This session offers a welcome amount of versatility and ability. Ken has been likened to Sam Cooke and Wilson Pickett. Over a skanking riddim, he exudes the Soul of the aforementioned with the essence of Jamaican music history in sweet flow. The Soul power of this song is the mirror reflection of his limitless talent and vision. Instant rewind.

“Let The Water Run Dry” and “Artibella” were the two songs showcased on “Soul Of Jamaica”. The former of the two was originally a hit for Ken in 1969. A totally important track in many ways. The Viceroys add ethereal harmonies to this hypnotizing revisit. Ken and The Viceroys were both active at Studio One around the same time; this track marks the first time both veterans have linked on the same song. Well, the results are simply amazing! The opening bars of “When I’ll Fall In Love” lead to a masterful musical episode! Originally sung by Ken in 1968, it remains permanent in his legacy and live set list. This session is elevated by the harmonies of Viceroys/Cedric Myton/Kiddus I and Kimberly. Dash in Robbie’s tinkling piano and flowing percussive elements and the listener will be enthralled. Ken is at his best; smooth as silk. This is pure and beautiful music!

“You Keep Me Hangin’ On” is another great look at Ken’s output from 1968 and his Love of records flowing into Kingston at that time. He interpreted The Supremes’ hit with class and style. Fast forward to these Stony Hill sessions and he takes it higher. He commands the session undiluted; the horn rich riddim adds layers of organic strength. This is a “supreme” standout! “Just Another Girl” was a Studio One 7″ from 1968 and a pivotal piece of Rocksteady times. Ken injects new and raw energy into this anthem; fueled by Robbie’s organ, solid harmonies and absolute acknowledgment from all musicians. Masterpiece! This historic project closes with “Rastaman Chant”. Another Rasta anthem that stands so firm. Fueled by Nyabinghi Fyah, Ken pours his Heart and Soul completely; pleading triumphantly to “Chant Down Babylon”.

2017 has been a significant year with Foundation artists delivering some mighty works. KEN BOOTHE’s “INNA DE YARD” is a pivotal musical testament. It’s an undiluted presentation of one of Jamaica’s most powerful and poignant voices to shine again and again. It allows all points of Creation to either discover or to embrace even more the genius that he is. The endurance of Romain Germa and crew to keep Inna De Yard movements available once again internationally is remarkable. Without a doubt, one of the most Heartfelt projects to be realized in a long time and a long deserved opportunity for Mr. Ken BOOTHE O.D. Highest recommendation!! Go deh!