Various – I Mean It Riddim 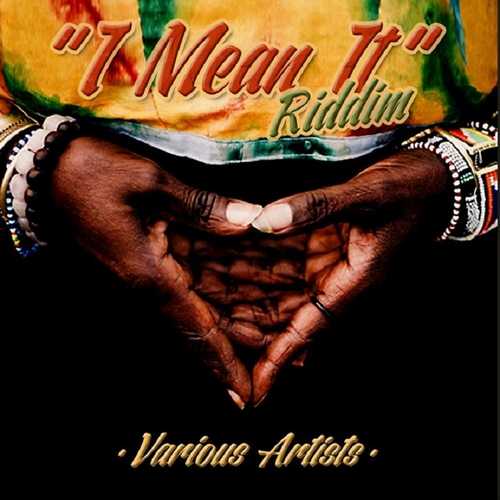 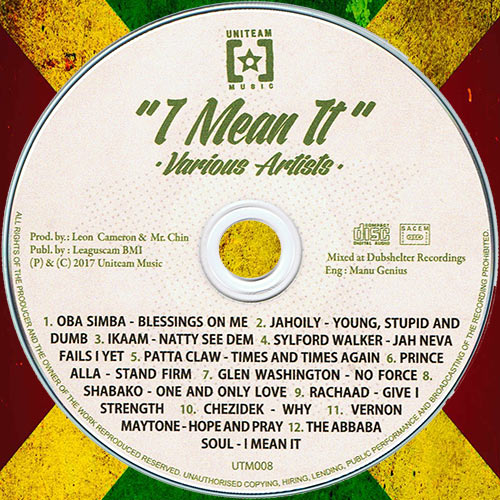 Title: Various – I Mean It Riddim

Uniteam Music was founded in 2009 by Mr.Chin & Mighty Erbe. It’s a collective of singers, musicians, engineers and designers. In 2009 they issued a 7″ single with Carlton Livingston “Mix Up Maggie” and Echo Minott “Summertime”. Next came an album by Vernon Maytone from the legendary duo “The Maytones”. In 2014, the album by Ricky Chaplin, “Chap Dem Chaplin” was nominated on different awards. Their current project is a one riddim roots reggae album called “I Mean It Riddim”.

I Mean It Riddim

The mid tempo roots reggae riddim was recorded by Abbaba Soul, a Mexican reggae band with vocal styles strongly influenced by soul, gospel, R & B and mainly the Jamaican roots reggae of the mid ’70s. Dean Fraser added some impressive horns lines. Mixing and mastering handled expertly by Manu Genius of Dubshelter Recordings. The set brings together unknown up and coming vocalists as well as veteran artists. Roots artist Oba Simba opens the album with pride and self consciousness as he sings “Blessings On Me”: “So many responsibilities and so many problems, Instead of complaining I will count my blessings…” Perfect tune for starters! “Young, Stupid and Dumb” is a biting and heartfelt cry against violence by Jahoily. Ikaam is a young and promising artist who impresses with “Natty See Dem”. Clarendon based Patta Claw sings about the bad influence of money.

Rachaad, who recorded a sublime remake of Sylford Walker’s “Jah Golden Pen” with the original artist in 2016, is truly convincing with “Give I Strength”. Sylford Walker masterfully delivers a Culture like ode to Rastafari. Veteran roots artists Prince Alla sounds really fresh on “Stand Firm”. Glen Washington is one of an elite group of singers who’ve not only kept Jamaica’s vocal conscious tradition alive during the dancehall era, but also significantly added to it by writing and performing new classics of their own. His lovers tune “No Force” continues the niceness in sweet style & fashion! Don’t forget to listen to those serious vibrations on Vernon Maytone’s “Hope And Pray”. Key tune! Nu Roots artist Chezidek commands your attention with “Why”, as he asks “Why Uncle Sam, you sell we out, Why, Bag O Wire you sell we out?”

Conclusion The juggling set "I Mean It Riddim" is a quality release outta France!