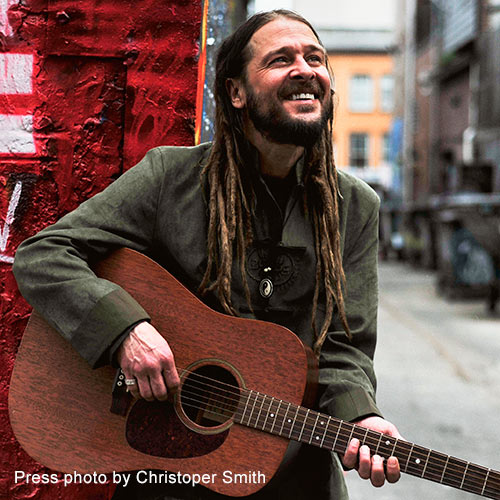 Roots ambassador CHRISTOS DC released his fourth solo venture “Tessera” in July to well deserved acclaim. Certainly one of the top albums of 2017! Last week, his impeccable Honest Music label released “TESSERA DUB”. A granite tuff excursion elevated by some of the best engineers/producers from around Creation. Honestly great vibrations… The Washington D.C based multi talent has firmed himself as one of the best in the business – vocally, musically, production and otherwise. A journeyman of the business, his Honest Music has released his own works; along with powerful sets by Kenyatta Hill, Puma Ptah, riddim projects and monster singles. His Heartical strategy will yield plenty for years to come.

“Human Dignity Dub” is a Royal treatment by Laurent “Tippy I” Alfred (mainstay in countless ZHP classics and longtime link with Christos). Amsterdam based The Skanking Monks made this a highlight on the vocal set. Each track is stripped down and subject to Tippy I’s masterful touch. The result is cohesive and crisp frequency. Boom! “What Is Happening Dub” is the dub of the majestic song featuring Akae Beka. Tippy I takes a deeper approach that demands close attention. The riddim is fattened up with ethereal vox and effects floating above the taut drum and bass. “Pressure” is one of Christos’ most powerful vocal tracks to date. Bring in the legendary Mad Professor (Neil Fraser; groundbreaking founder of Ariwa) and something Zionic happens!

“Pressure Dub” shows the veteran in vintage form. The riddim is given more life; bass is anchored tight with layers of Dub treatment embedded throughout. Evokes memories of the Dubmaster’s “Science & The Witchdoctor” classic. “Speak The Fire Dub” is given Zafayah treatment. Precision and vision on the mixboard. A crisp treatment echowise and reverberation strong; Christos and Bulgarian chanter Zafayah’s vox stream nicely throughout. “Roloi Komboloi Dub” shows the mastery from Y & D Duke (Swiss based musicians/producers with Royal output). The atmosphere is big and broad. Original vision but evokes memories of the great “Raiders Of The Lost Dub” album. Drum and bass (on a Sly & Robbie caliber) in heavy focus with an engaging vibe throughout. Bin shaker for sure!

“Say What You Want Dub” is given the Royal Tippy I treatment. The breathe of crisp Dubism is sprinkled to perfection; the ethereal dimensions take this track to starship Africa. Standout selection! The visionary engineer returns on “Communion Dub”; the vocal track that featured Harrison Stafford and Kenyatta Hill. The brilliant riddim is broadened with superb depth and height. Over detonating blasts, the three singers’ intelligence flows in at the right times. A busy frequency that totally works. “Heart Of Gold Dub” continues the Tippy I frequency triumphantly. Christos’ soulful take on the Neil Young classic is taken on a journey to the mansion of Dub with manners and respect. The Dub treatment is a flawless level; craftfully capturing full attention. Tippy I is one talented engineer; each track he works on results in original and innovative qualities.

“Boots & Tie Dub” is courtesy of Paulo Baldini DubFiles (AFRICA UNITE member and has done crucial work for Song Embassy in Papine, Kingston). The riddim initially showed up on Honest Music’s “Kingston 16 Riddim” set and is a rare Sly & Robbie creation from 1980. Paulo mixes this one like he’s been a TAXI rider for a long time. Crisp treatment that recalls what Scientist or Peter Chemist were doing. Dash in his original touch and this is a killer Dub! “Desperate Dub” features the mastery of Canada based Jah Servant (Mark Giles). This forward producer delivers Dub theory on a Tubby’s caliber. This one carries strong and is respectful of original Dub pioneers. Boom!

“Life Dub” is served by Mr. B (solid engineer from the Swiss Alps). Subtle and engaging treatments are the order of the day; allowing each instrument to shine in a stark and crucial quality. The listener is given an extra treat with “Righteous Chant Dub”. “Righteous Chant” is a crucial single featuring Don Carlos (whose been linking with Christos since early in his career). Dub duties were given to Virginia based Dub Architect (worked with Christos, Third World and many more). He keeps the Mystic levels intact with a unique touch. An architect indeed, he builds a Royal flow on this majestic track. Strong!

CHRISTOS DC’s “TESSARA DUB” fires on all levels. A brilliant move to showcase Dub treatments from different regions of Creation. Each track brings diverse and engaging flavour. This is a true and honest example of the forward direction that Christos directs his music to the massive. Big respect to all involved in this project. Highest recommendation. Go deh!

Conclusion "Tessera Dub" is a superb Dub album showcasing international talent on the mix. Royal excursion of one of 2017's top albums.