Arema – If Loving You 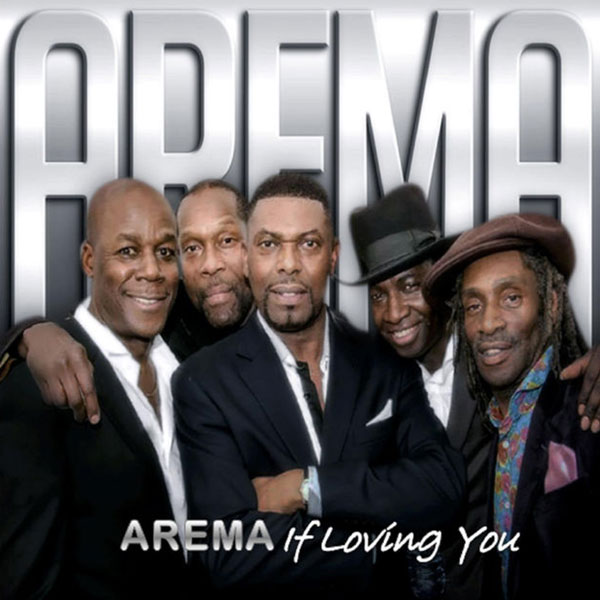 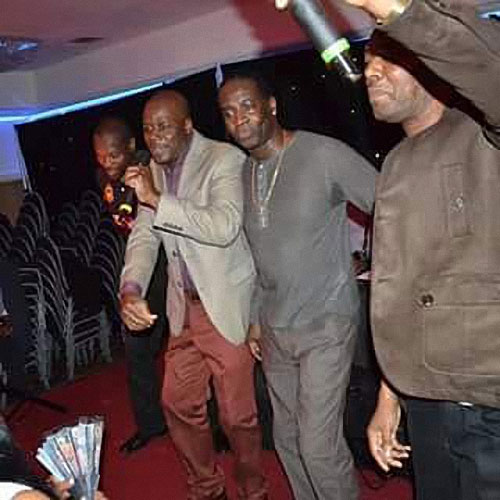 Title: Arema – If Loving You

London has been a musical hotbed for Reggae runnings for decades; crisp and precise. The late ’70s saw the emergence of incredibly talented singers and players of instruments in dynamic frequency. From Roots to Lover’s Rock, the output was consistent and groundbreaking. Discussing the latter of the two styles, AREMA laid a Royal foundation that stands firm to this day. Leroy Wilson and the original lineup have just released “IF LOVING YOU”. A buoyant Lover’s Rock gem that solidifies their credentials as one of UK’s premier Reggae ensembles. Arema is in the same league as Aswad, Winston Reedy, Misty In Roots, Naturalites… masterclass and enduring all the while.

Arema sowed seeds in Northwest London during the musically prolific late ’70s. The lineup of Leroy Wilson (lead vox, keys), Desmond Foster (bass, lead vox), Nevada Cato (guitar, vox), Courtnenay Campbell (drums) and Henri Clarke (percussion, vox) had a clearview vision of creating original and crisply arranged sounds and made solid impact through hard work and determination. In 1980, they topped the charts with the timeless Lover’s Rock anthem “In Love (With You Darling)”; a Royal excursion that’s celebrated to this day. The followup “Back A Yard” displayed their versatile Roots level. So potent on the Lover’s side, they delivered “Blow My Mind” to massive appeal. Heavily in demand, the band opened up for Gregory Isaacs’ historic UK Cool Ruler Tour, Dennis Emmanuel Brown, The Cimarons, Ernest Wilson, Barry Biggs and so many more.

By the late ’80s, the band took a break. Leroy and Henri branched out production wise and scored hits in the ’90s with Desmond’s brother, Royden Foster. “Dancing With My Baby” and “Love To Share” were two classics from this era. In 2012, AREMA was awarded “Hidden Creative Economy Award” for their massive contributions. Leroy and crew ignited sparks again in 2014 with “Love Is Here” (riding Delroy Wilson’s “I Want To Love You” riddim). In 2016, they performed at the annual “UK Legends Of Legends” concert; a lineup including Dennis Bovell, Ossie “Naturalites” Gad and Winston Reedy. History indeed!! Leroy is well active in the industry; elementary in RFUK (Reggae Fraternity UK) – this collective keeps the Royal integrity forward and intact. This brand new single preludes their highly anticipated upcoming album. The future is shining bright..

“If Loving You” has all the right ingredients. Legendary hornsman Henry “Matic” Tenyue adds Ites dimension as he did on their 2014 single. Veteran producer/engineer Carlton “Dillie” McLeod (Stingray) mixed the vibrations with his unmistakably crisp touch. Gladness to see the unity of all involved; having consistent contributions to some of Reggae’s most remarkable works through the decades. The results are amazing. Leroy is a master wordsmith and arranges a flawless track all the way strong. “If Loving You is a crime, I will do the time”. His delivery is silky smooth with crisp harmonies that evoke memories of earlier musical magic. Crucial guitar work from Nevada meshes just right with Desmond’s lilting bass and Courtnenay’s one drop drums. Leroy’s bubbling is full steam with Henri’s tasty percussion licks. The uplifting horns from Mr. Tenyue elevates sky high. His Matic frequency has been a signature of classic albums for decades. The Dub is crisp Stingray vibration from Carlton; who allows the impeccable musicianmanship to shine. Both vocal and Dub will have the listener hanging on from start to finish. Arema’s “If Loving You” reflects the true essence of UK Lover’s Rock. A track on par with Winston Reedy’s “Dim The Light” and Naturalites’ “Lately”.

Conclusion The legendary AREMA release an instant classic that reflects their credentials as one of the premier UK Reggae bands in the region's rich musical history. Go deh.