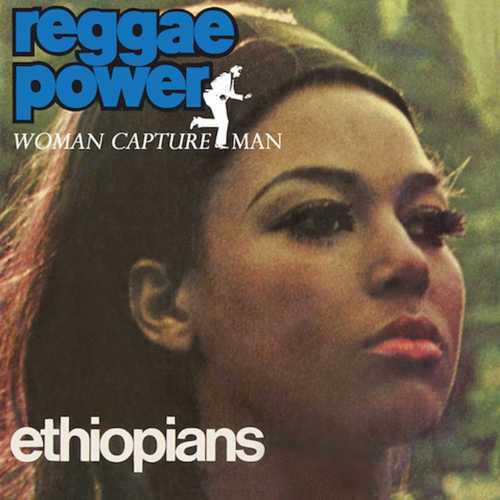 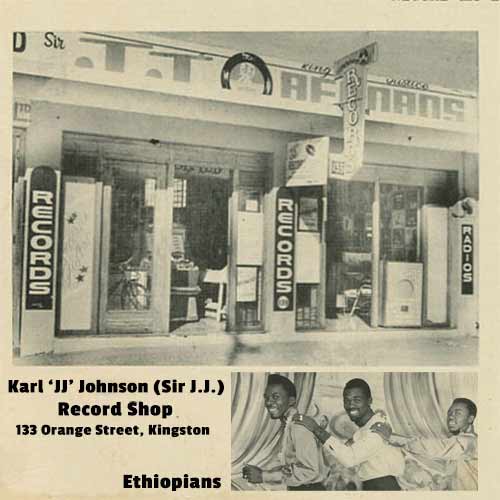 The Ethiopians was founded by Leonard Dillon with Stephen “Tough Cock” Taylor and Aston “Charlie” Morrison at the tail end of the ska period. The first songs the group recorded at Studio One included “Live Good”, “Why You Gonna Leave Me Now” and the rocksteady classic “Owe Me No Pay Me”, produced by Lloyd Daley, and aimed at a man known as Stampede that owed Dillon money. The uncertain nature of the music business caused Morrison to then quit the group, since he had a young family to support. Undaunted by his departure, Dillon and Taylor went back to Studio One to record another half-dozen tracks, including the boastful “I’m Gonna Take Over Now”, and a late-ska number called “I Am Free,” which castigated an unfaithful lover. When the group left Studio One they released the self-produced single “Train to Skaville” which became their greatest hit. Subsequent singles, “The Whip” and “Cool It Amigo”, were recorded at WIRL studio with top rocksteady band, Lynn Taitt and the Jets, and licensed to Sonia Pottinger for release in Jamaica, as well as Graeme Goodall’s Doctor Bird label in Britain.

They then enjoyed their most fruitful collaboration with producer Karl J.J. Johnsson aka Sir J.J. During the period 1969-1971 they had many big hit tunes with tunes like “Woman Capture Man”, “Hong Kong Flu”, “Well Red”, “Everything Crash”, “Wreck It Up”, “What A Fire” and “The Selah”. The Sir J.J. phase yielded the popular albums “Reggae Power” and “Woman Capture Man”, both issued by Trojan Records in Britain. From 1971 to 1975 the group recorded for a variety of producers, including Derrick Harriott, Winston Riley, Prince Buster, Rupie Edwards and Joe Gibbs.

In 1975 Stephen Taylor was killed in a car accident. Leonard Dillon, the real guiding force of the group, carried on alone, using a variety of back up singers. The album “Slave Call” was released in 1977 and 1980 he returned to Studio One to record the album “Everything Crash” as The Ethiopian. The “Dread Prophecy” album, shared with The Gladiators, was issued by the American label Nighthawk in 1986, “One Step Forward” surfaced in France on Blue Moon in 1992, “Owner Fe De Yard” was a Studio One set issued by Heartbeat in 1994, “Tuffer Than Stone” was recorded with Jahco Thelwell in 1999 and issued on the Melodie label in France, while “Mystic Man” was issued by Studio One in 2002. The Ethiopians reached the end of their final chapter when Leonard Dillon died on 28 September 2011.

Doctor Bird Records, a division of Cherry Red Records, specializes in vintage Jamaican sounds licensed from the legendary catalogue of Trojan Records. They have put the two seminal Sir J.J. albums plus an additional seven bonus tracks on one cd. What a joy to hear those classic tunes in digital clearity! The LP “Reggae Power” was an amended version of the Jamaican album of the same title, replacing Roy Shirley tunes by Ethiopians tunes. One was a Studio One cut and is omitted from this release. The first three songs are solid rock hit tunes, the same goes for “Hong Kong Flu”, focusing on the fly pandemic on 1968/69. Two instrumental tracks here. First there’s the funky “Robert F. Kennedy”, and “One Dollar Of Soul” by the J.J. All Stars. The 1970 issued LP “Woman Capture Man” shared three tracks with “Reggae Power”: “Woman Capture Man”, “Hong Kong Flu” and “Everything Crash”. Four songs were released in the UK as singles, while the other five exclusive to the album. Highlights here are “Things A Get Bad To Worse”, “I’ll Never Get Burnt”, “Opportunity” and “Hang On”.

The re-issue is enhanced with seven bonus tracks from the same period, all procuded by Sir J.J. Included are the hit tunes “Wreck It Up” and the uptempo song “Well Red”. Further solid efforts are “Buss Your Mouth” and “Mek You Go On So”. In fact, no weak tune can be found here. The songs, all penned by Leonard Dillon, show what a sorely neglected talent Dillon was, who has made a distinctive and important contribution to Jamaican music.

Conclusion 100% Priceless re-issue from the mighty Ethiopians. Grab your copy!