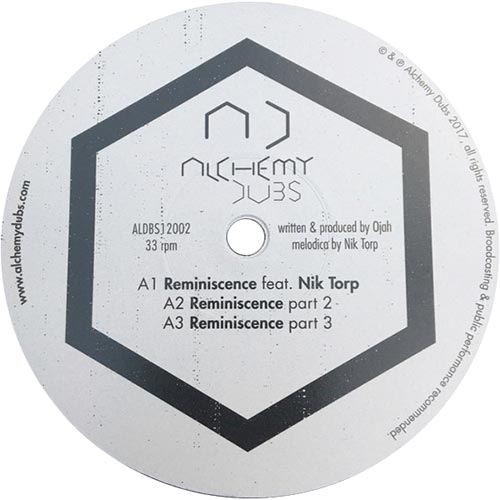 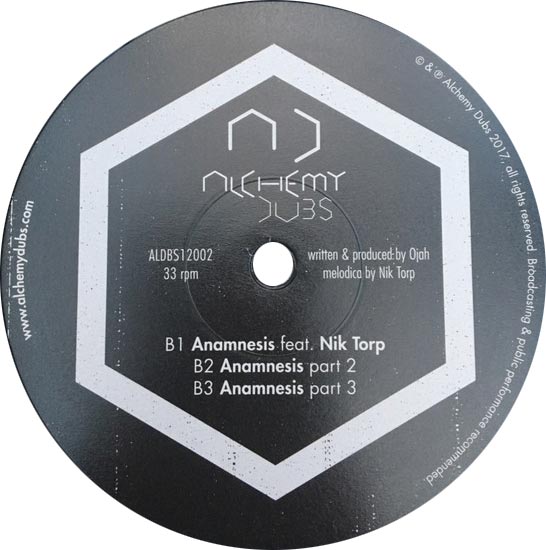 Most likely hardcore dubheads and regular visitors of sound system events will be familiar with music produced and put out by London-based record label Alchemy Dubs. However, due to the constant stream of releases coming from the four corners of the world, it’s almost inevitable that there’s definitely a group of fans of reggae and dub music who have never heard of the label and its production work. Until now, we also belonged to those who are unaware of Alchemy Dubs’ existence.

This is what Alchemy Dubs states on their site: “We deal with music created on a vibe, made with love and dedication, and that promotes a positive attitude and message, often with a meditational side to it. We try to ride that fine line between the past, the present and the future; the played and the programmed; the analog and the digital; the youth and the elder… And we do it seeking the excellence in music, sound and design. We have a strong belief in dub as an artform and a strong love for all dub aesthetics and tools: tape delays, spring reverbs, sirens, syndrums, lickshot machines and all sorts of hand-built devices and weird instruments.”

In December 2015, Alchemy Dubs presented their first release, a limited edition hand-stamped and hand-numbered 12″ vinyl single featuring three versions of Ojah’s “Wisdom” on the A-side, and three versions of Ojah’s “Äwasa” featuring Nik Torp, keyboard player from The Specials, on melodica. The sound of these tracks has been meticulously taken care off throughout the whole process. They were mixed in analog style and fashion by Ojah, mastered via 1/2 inch tape by Lewis Hopkin and pressed on heavyweight 180g vinyl. The following year saw the release of two 7″ vinyl-only singles as part of the “Melodica Trilogy”. First there was “Magma Melodica Cut” by Ital & Vital featuring Camila Monasterio, with “Magma Dub” on the flipside. Actually Ital & Vital are Spanish duo Oscar Pablos aka Ojah and friend and long time collaborator Santi Mijarra aka Puppa Shan. The second single, Ojah’s “Light & Power”/”Light & Power Dub”, featured Nik Torp on melodica. And then came the March 2017 released “Livity”/”Livity Dub”, first recorded as a dubplate in 2014, but because the recording itself was a bit rough the melodica was re-recorded again in 2016 (as well as some of the percussion) and the track was given a new mix and new very stripped-down dub version.

Towards the end of 2017, Alchemy Dubs’ latest release saw the light of day. Like on their previous releases, it’s the tasty sound of the melodica (played by regular collaborator Nik Torp on the two opening tracks) that plays an important role on their second vinyl-only release on 12″ format entitled “Reminiscence”. When the needle drops and the first tones leap off the speakers, it’s instantly clear that this instrumental is tailor-made for playing loud on a custom-built sound system. “Reminiscence” is a meditational UK Steppers, which without any doubt will excite everyone who hears this tune in a roots dance. The instrumental is a mix of programmed and real instruments, with Nik Torp’s melodica play adding a real nice and lovely touch. The two different dub versions really give your speakers a workout. On the other side the listener is treated to the simply beautiful “Anamnesis”, which features sounds from the N’goni (a West African string instrument) alongside Nik Torp’s melodica, synths, drum machines and some North African percussion. The straight-forward instrumental and both dub versions are astonishing as well as mind-blowing offerings, which even after repeated listenings leave the listener awestruck.

Conclusion A set of instrumentals & dub versions well worth hearing.