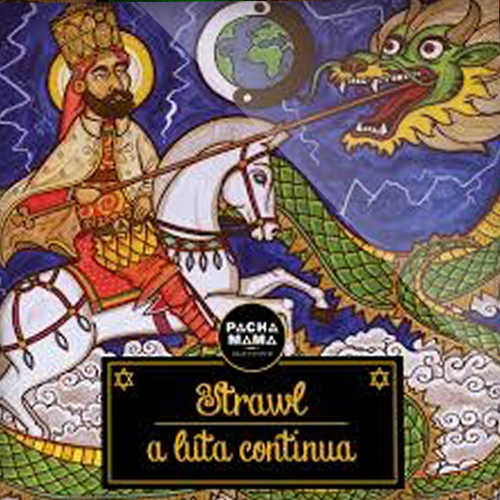 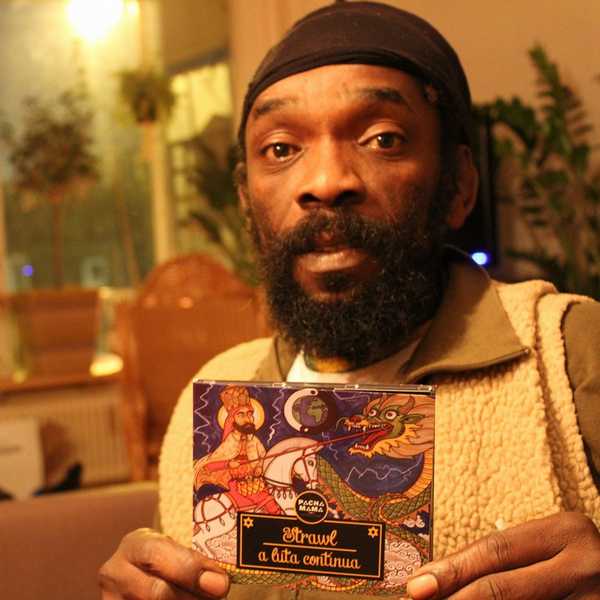 Pacha Mama Soundsystem outta Den Bosch, The Netherlands. It is a collective of 4 man who try to bring all cultural and musical aspects of the soundsystem culture during their live shows. Building their own Soundsystem from scratch in 2011 ago and playing eversince. Interesting to know that they work with a live saxophonist, percussionist and 2 vocalists and creating live dub music to give the session more depth.

Their first effort being released on their Pacha Mama Music label comes from Strawl. His album is called “A Luta Continua”, meaning “The Struggle Continues”. Cartes Selah is responsible for the riddims of “A Luta Continua” and he’s also the producer of the set. Additional musical duties by Wouter Ebben and Sharen Singh on bas, Cas van Son guitar, Rootsman Saxophone plays sax and Rein de Kok blows the trumpet. Fantastic artwork by Ras Jata!

The intro features the voice of Mortimer Planno, a renowned Rastafari elder, who speaks about “the struggle must go on, a luta continua”. This sets the lyrical tone of the album, strictly roots and culture across bass driven hypnotic riddims, kinda inna Midnite style. Strawl’s vocal delivery with its a throaty approach reminds us of Burning Spear, Big Youth and even Prince Far I.Strawl takes full command with the title track. A powerful, commanding track that grabs you to the fullest! “Backbiters” tells us about ‘backbiters fighting the youth and denying the truth’ across a bubbling riddim.

The next track -“Hard Time” runs across a different kinda riddim, a little stubborn but thus matching the lyrical content very well. “No Weak Heart” brings down the tempo significantly thus creating a hypnotic atmosphere. Back to the one drop style with “Big Disaster”, followed by Strawl chanting on “Ethiopia”, across a slow riddim. “Where Dem Gone” goes deep and features subtle dub fx and ethereal horn playing. Our favourite tune is “Bun Dung Rome”. No doubt you’ll find yourself playing this one over and over! Finally “Zion Gates”, a sincere and powerful tune, rounds off this album in fine style.