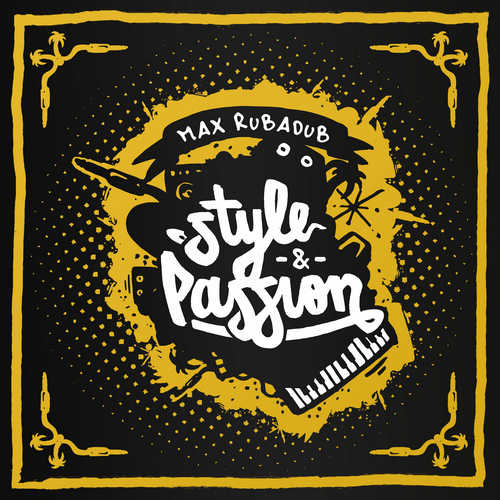 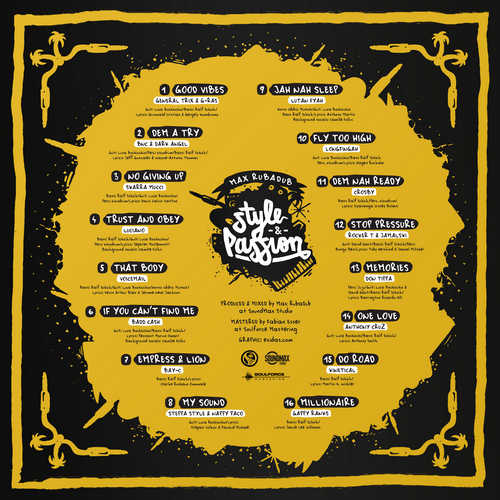 Max RubaDub (born Mischa Studer) started his career as a member of the well-known Riot Soundsystem, with which he travelled all-over Switzerland and its neighbouring countries. But also as a solo DJ he managed to gain publicity by creating internationally acclaimed remixes for names as Chali 2na or Cypress Hill and by releasing mixtape series. Besides that he released his own music on several international labels such as Irish Moss Records, Cast-a-Blast, Gideon Production, Superfly, Ranking Reggae and on his own RubaDub Blends.

With the 16-track compilation set “Style & Passion”, Max RubaDub has released his personal milestone. After years of remixing for labels and artists from all over the world, he finally found time to sit down and work on his own producer-album. As one might expect from the one whose nickname is “The Remix Junkie”, this collection brings the listener a high musical diversity ranging from Rub-a-Dub to Hiphop and from Steppers to Dancehall or One-Drop. Although there’s this diversity, all these music styles are simply Jamaican Bass Music as Max RubaDub himself calls it.

“Style & Passion” is truly an international project as it features contributions from artists from various countries including Jamaica, England, the US, the Netherlands, Hungary, Russia, Switzerland, Germany, Austria and South Africa. And although one is inclined to focus on the tunes from well-known artists like Luciano, Lutan Fyah, Skarra Mucci, Voicemail, Anthony Cruz, Bay-C, and Gappy Ranks, there are also a few less known artists whose tunes are worth checking. In particular Badd Cash’s ganja smoker’s piece “If You Can’t Find Me”, Steppa Style & Nappy Paco’s soundbwoy tune “My Sound” and Longfingah’s “Fly Too High” leave such a real good impression that they go on repeat.

Since he emerged on the European reggae scene in 2007 with his debut album “Rise & Shine”, Jamaica born Skarra Mucci, whose endless lyrical flow and creativity make his style unique, has been putting out big, big tunes. Here the always entertaining versatile artist comes up with another huge song entitled “No Giving Up”. Also extremely pleasurable to listen to is Luciano’s inspiring and uplifting “Trust And Obey”. “Empress & Lion” by Bay-C (former member of T.O.K.), coming across a cleverly done relicked version of Ken Boothe’s “When I Fall In Love” riddim, is an infectious and very danceable offering. And then there’s Lutan Fyah, who delivers one of the strongest songs on this compilation, the powerful “Jah Nah Sleep”. A song that once again shows that this artist is one Reggae music’s finest wordsmiths.

Max RubaDub succeeded in making his “Style & Passion” project a winner. So definitely check this one!

Conclusion A well varied collection of tunes, worth hearing from beginning to end.