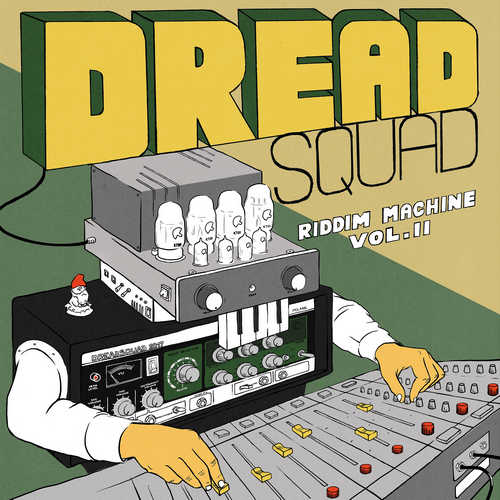 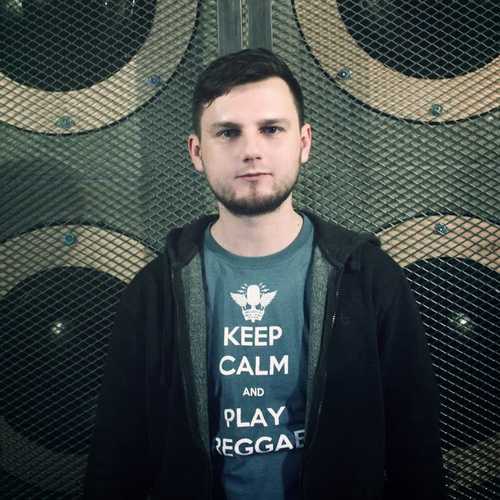 “It’s a compilation of my favourite productions that I made in the last few years since I released “Riddim Machine Vol. 1″. I decided to divide them in two separate albums. Vol. 2 is a Reggae and Dub compilation, while vol. 3 explores genres such as Dancehall, Jungle, World Music, Electro and HipHop.”

Hot on the heels of the juggling project “Freedom Train”, esteemed Polish producer Marek Bogdanski aka Dreadsquad has unleashed the second installment in his “Riddim Machine” series. It actually took Poland’s most prolific reggae dancehall producer more than 5 years to come up with the follow up of the first project in the series. And to fully satisfy the many fans of his production work, he released the third installment at the same time.

“Riddim Machine Vol. 2”, laced with an amalgamation of figures from the Reggae/Hiphop/Soul scene, is the result of a collaboration between Dreadsquad’s own Superfly Studio and the renowned Moonshine Recordings. The 12-track album features a plethora of well produced tunes with throwbacks to the old sounds of early reggae, roots and rub-a-dub – all with a present-day twist to keep the bass bins rumbling and the people skanking.

Things get started in a big way with Dub Princess’ “No Walls”. Hailing from the North of England, this fine songstress mesmerizes the listener with her sweet voice, while also lyrically she leaves a good impression. Another real great offering comes from the eclectic soulful artist Takeyce-Ti, whose “Freedom Train” was one of the highlights from the previously released ‘one riddim’ selection of the same name. Kojo Neatness & Gardna collaboration has led to an irresistible Steppers piece entitled “Rolling Thunder”, one that should be heard in the dance on a custom-built sound system. Previously featured on the “Bun Dem Riddim” set, it’s a joy to hear YT’s anthemic song “Issues” once again.

Always interesting to check a tune by Russian artist Tenor Youthman, whose vocal style is reminiscent of Tenor Saw and Nitty Gritty. With “Ruff Life” he delivers a solid tune full of consciousness. And then there’s El Fata’s “Murderers”, with its phat bass sound, that’s worth hearing more than once. And the same goes for the 2016 released RMX version of Chainska Brassika’s “Knowledge Is King”. Before Dreadsquad’s instrumental “Space” rounds off in a suitable fashion, it’s the cross-over piece “Africa”, created by Dreadsquad, Kush Arora & Brazilian singer MonkeyJhayam, that fires on all cylinders and thus causes huge excitement.