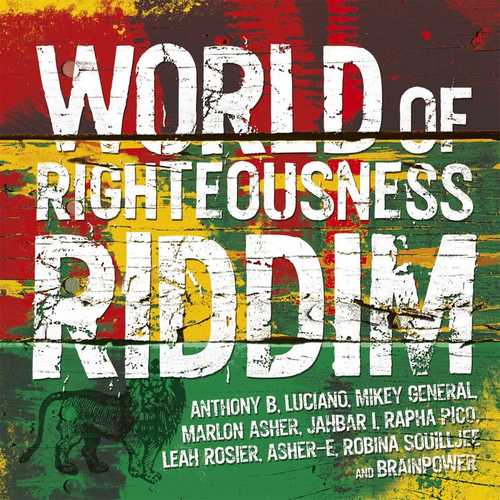 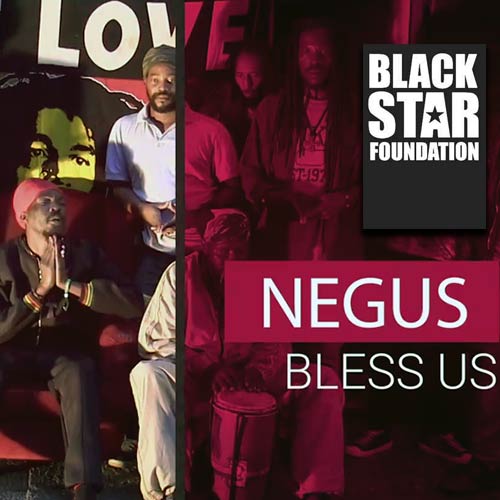 There’s a massive amount of juggling projects on the market at any given time. Some good, some great and some fantastic. Fantastic is the frequency of “World Of Righteousness Riddim”. An urgent project featuring a granite tuff riddim tracked by a Royal roll call of artists from Amsterdam to Kingston. Big sound! This release has the stamp of excellence that’s synonymous with Amsterdam’s Black Star Foundation. This non-profit collective has been forwarding and developing real authentic sounds for almost 15 years on so many crucial levels. Michelle Boekhout van Solinge, Den-Den (Dennis Van Tetering), Asher-E (Eelco Kastermanns) and crew are keeping the integrity of Reggae music thriving. This riddim project coincides with very recent Exile Di Brave, Leah Rosier and Asher-E albums and EP’s that are superb. Look for further greatness from Black Star in 2018.

Luciano’s ouput is amazing, his output is constant and consistent on numerous riddim projects. “Babylon Move Like A Rug” is the veteran at his Regal best! The riddim is anchored by Asher’s thumping bass and drum with some great Tixie bubbling and Jahbar I’s percussion alongside Dorothee’s violin vibes. Jahbar I and Tixie’s vibes evident on tracks 1,3,5 and 7. Violin up except for track 7. D Wisdom adds great backing vox with Luciano observing about the demise of Babylon. Killer track with Tixie on the mix. Trinidad’s Marlon “Ganja Farmer” Asher’s vibes have been alive in Amsterdam for many years now and burns bright on “Trouble”. He delivers with Heartical manners and injects his limitless energy throughout. Boomshot! Robina’s angelic backing vox is intertwined just nice with Asher-E on the crisp mix.

Anthony B’s live and studio vibes in Europe are tremendous; great tours with House Of Riddim over the years. The Kingly chanter is triumphant in this ode to The Most High. Nikki Burt essential vox are paramount. Tixie’s mix is the Rightful fix. Leah Rosier’s “Let Love” is from her superb new album “The Black Star Tracks” (released simultaneously as this album). She soars above the riddim majestically; her rising talent front and centre. Strictly Asher-E vibes from riddim to mix. Standout selection! Jahbar I is one of JA’s rising Lions for sure. The son of Firehouse Crew drummer George “Dusty” Miller, musical talent runs hot in this family! “Upendo” displays his original and refreshing delivery with a smooth singjay style that’s bound for glory. Pure anthem! Sherida Sharpe’s backing vox are so sweet with Tixie on the mix.

Rapha Pico is one of Netherland’s most promising artistes. The award winning Rootsman has a sweetness akin to Tabby Diamonds and his original vision ignites the international arena. “No Escape” is one of his strongest anthems to date. Sweet vox from Leah adds to the Ites dimension. Asher-E on the mix. Mikey General has been delivering masterclass works since he rose up with Luciano during the prosperous Fatis Burrell years. “Stand Firm” is a brilliant ride on the riddim. A testament of positivity, he offers his sweet voice seasoned with experience and wisdom. Tixie crisp on the mix. Robina Souilljjee is a talented Empress with a soulful and Heartical delivery. The massive needs to hear more of her vibes for sure. She delivers a Reality track that is lyrically potent. Asher-E dashes in some Pablo caliber melodica and mixes with Dub manners. Instant rewinder!

Asher-E is front and centre on “World Of Righteousness”. Showcase of the JAH given talent of this multi talent. His bass is heavy lead and his melodica work is Zion high. His arrangement is among the best in the business. Bin shaking is a must!! Brainpower is a Dutch rapper who delivers hard on “Je Moest Waarschijnlijk Gaan”, a song about the funeral of Michiel Verbeek, the artist’s best friend at high school. There’s a solid flow that the listener will fulljoy even if the poignant Dutch lyrics are not familiar. A versatile and energetic element of this juggler.

Conclusion "World Of Righteousness Riddim" is a top grade juggling project that maintains Royal frequency throughout with a versatile spectrum of artistes riding a killer riddim. Highest recommendation! Go deh!