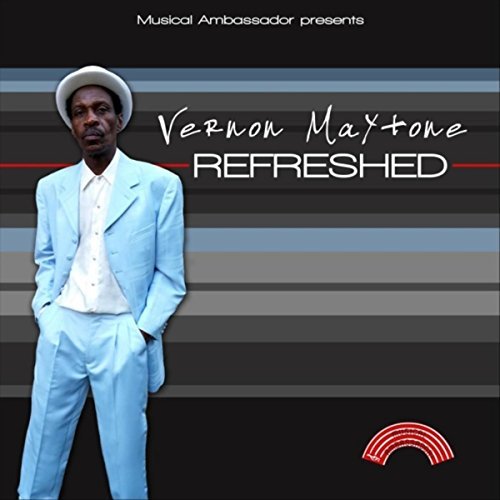 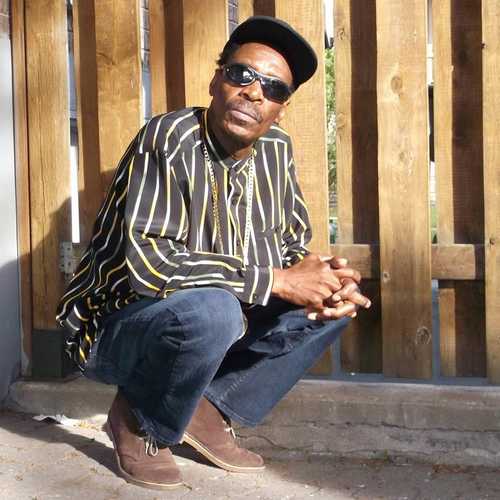 When discussing the countless singers, groups and musicians who paved the Foundation road of Reggae music; it’s elementary to honourably mention VERNON “MAYTONE” BUCKLEY. As part of The Mighty Maytones, Vernon and Gladstone Grant created some of the most powerful music to come out of Jamaica, songs that are as relevant today as when recorded in the late ’60s and throughout the ’70s. Vernon has continued with a hugely successful solo career that keeps him active either in studio or on the international stage to this very day. After 50 years in the business, he can be found creating timeless sounds from his musical outpost in Canada or mesmerizing crowds from Israel to Los Angeles to South America and all points – north, east, west and south.

The messenger from May Pen has released a slew of important projects in recent years with visionary producers and a string of self productions that stand the test of time. “REFRESHED” is the brand new collaboration with veteran producer TREVOR ELLIOTT. A mirror reflection of artist/producer respect and vibration. Mr. Elliott’s MUSICAL AMBASSADOR label sets the bar for what a Reggae music production should present – cutting no corners and bring out the best in the artist while keeping the integrity intact. Trevor’s experience in the industry goes back to the late ’70s. From early runnings with the late, great Sugar Minott to early ’80s productions that brought out the absolute best from such luminaries as Edi Fitzroy, Horace Martin, Johnny Ringo to the distribution of the esteemed Negus Roots label; he’s still at the forefront of presenting the absolute best. Vernon and Trevor know the business inside and out and this true experience translates to the urgent essence found on “REFRESHED”. Full length presentation of original MAYTONE vibration with a refreshment of the classic “Money Worries” that recalls such a musically rich and potent time…

This complete album will satisfy the most discerning listener and makes a heavy impact in a time when the industry’s output is non stop locomotion. VERNON covers Roots Reggae to real Dancehall to smooth Lover’s ballads with his unmistakable style. He offers up Roots Reality with “Wah Tek Them” and “Fight The Good Fight” with mighty essence. “Money Worries” was a pivotal moment in Reggae history and was a highlight of 1979’s “Rockers” soundtrack. He revisits it again with the same strength as when first recorded. He recalls The Golden Age with “Too Much Blame”; a crucial observance with undiluted lyrics to riddim flow. Diversity is in order with the true story of “Reggae Story”, an original bubbler depicting global acceptance of Reggae music inna Dancehall style. “Never Dis” is another original Dancehall track that first surfaced in 2015. A Royal display of Vernon’s versatility and Trevor’s vision.

Vernon has consistently delivered anthems that deliver hope, self reliance and faith in The Most High. “Be Independent” is a powerful statement – “so proud you will be when you make it on your own”. He glides flawlessly on “In & Out Of Love”, an original masterpiece where Love is paramount. “Talking About Love” continues this Blessed virtue with refreshing urgency both lyrically and riddimatically. The Ska soaked “Jerks” is a champion tune brimming with layers of emotion and musical locomotion. The history recalling “This World” is a message to all of Creation delivered with truth and conviction. Vernon recalls the vibrant Ska era with fresh urgency with the powerful “Foundation”; a proud display of Vernon’s ability to recall such historic times with an atmosphere that appeals right here right now.

After listening to Vernon Maytone’s “REFRESHED”, you will feel energized and fulljoyment. The collaboration of Vernon and Trevor Elliott has yielded a timely testament of the evolution of Jamaican music history. Utilizing a musical backbone that bears both originality and a recollection of historic riddims, Vernon treats us to yet another masterpiece that’s destined to be embraced for years to come.

Conclusion Vernon Maytone's "Refreshed" lives up to it's title with power and conviction. Full rounded album that embraces the rich musical history of Jamaica and a testament to one of the most enduring singers in the business.